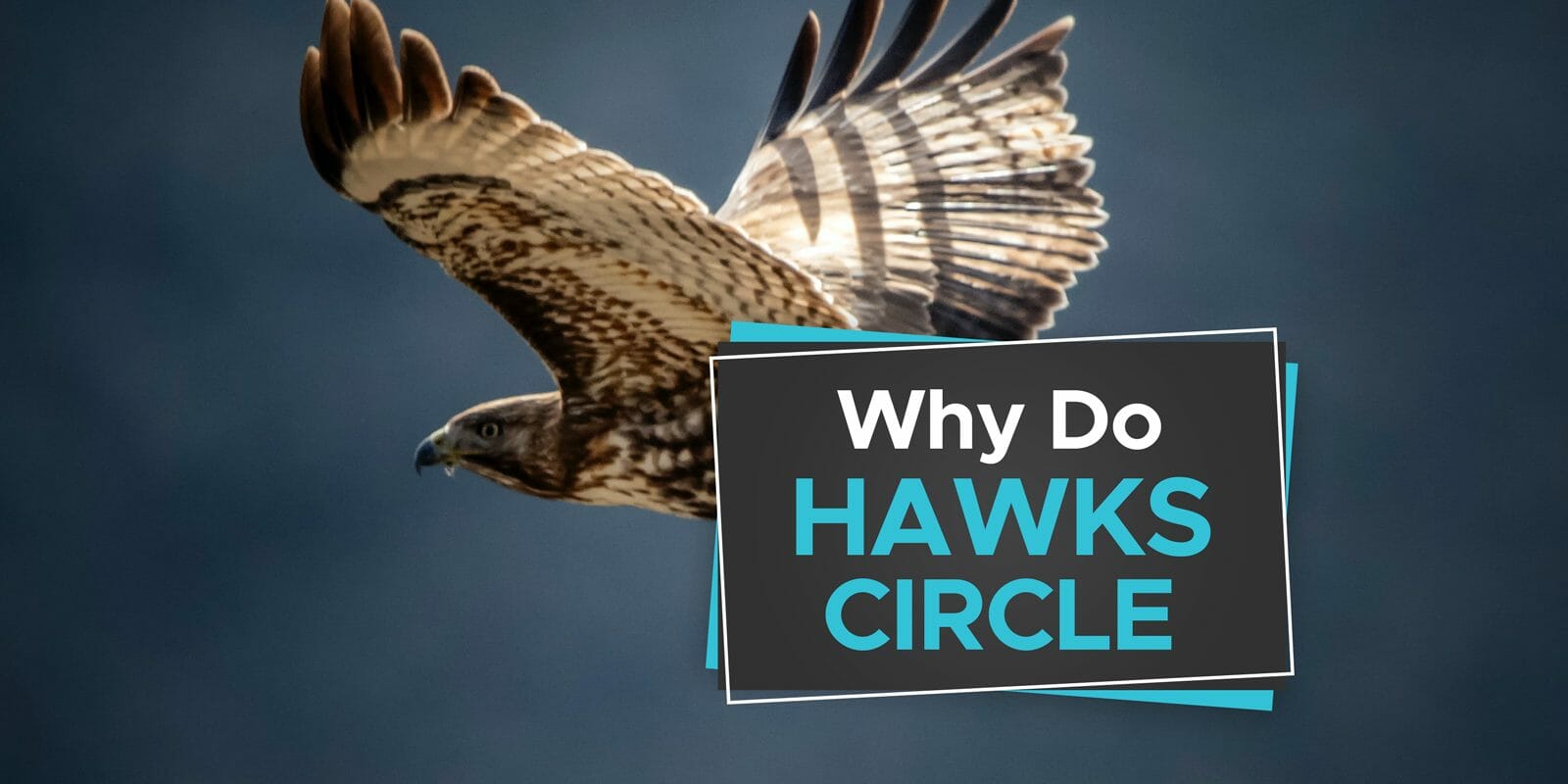 It’s not uncommon to see hawks circling above high up in the sky, whether they’re on their own or in a flock. But, have you ever wondered exactly why hawks circle the way they do?

The main reason that hawks circle is to use the thermals and rising air currents to keep them high up in the air without having to constantly flap their wings. These air currents help the hawks to just glide to stay up in the sky.

Let’s find out how this works.

Thermals are basically updrafts of warm air. When the sun is shining, it will heat the air unevenly depending on the lay of the land below. When the air heats up in certain spots, it starts to rise. Just like the warm air will rise in your home when you have the heating on.

These rising pockets of air are called thermals or warm air currents. Not surprisingly, these thermals are only present during the day and that’s primarily when hawks and other large birds will use them to assist in their flight.

Why Do Hawks Utilize Thermals To Stay Afloat?

Primarily, riding the thermals or warm air current uses far less energy than flapping their wings would. This means that the birds can circle up in the sky and keep a keen eye out for prey on the ground below without using too much energy.

Therefore, when hawks glide on rising air currents, it not only allows them to reach greater heights but it also helps to conserve their energy which they can then use to swoop down quickly to snatch up their prey.

So, the reason that a hawk will circle in a certain area for an extended period of time is because it’s riding the same thermal continuously while also checking out the ground below. This means that every inch of ground can be assessed to see if there are any food sources available.

You see, as the warm air rises, it does so in a spiral motion. So, these clever birds just hold their wings out and let the warm air currents take them for a ride.

What you will notice is that it’s only large birds that ride the thermals and circle above. This is because their wings are such that gliding is much easier for them than constantly flapping.

On the other hand, smaller birds find it far easier to fly by flapping their wings because they don’t have the same aerodynamics that hawks and other raptors do.

You’ll also find that smaller birds tend to stay closer to the ground so that they don’t become prey to circling raptors. 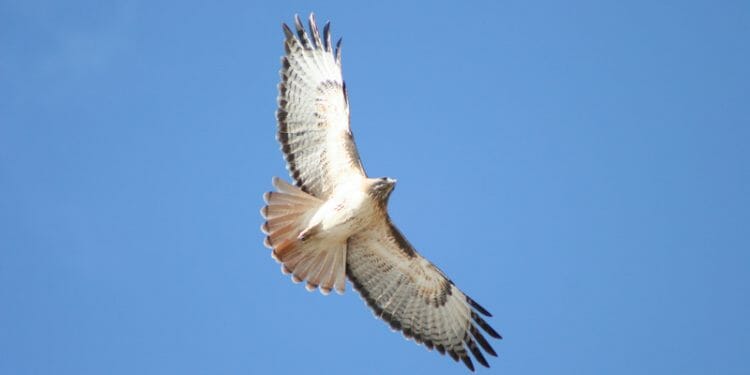 Where Are Thermals Mostly Found?

The most common places that thermals exist is in areas of uneven ground or where there are man-made buildings. In these areas, the air that is closest to the ground is heated unevenly and this, in turn, creates thermals.

Therefore, in hilly areas, there are likely to be more thermals than in areas where the ground is perfectly flat. You’ll also find thermals in the city as the sun heats the air on one side of a building while the other side is in the shade and so the air will be cooler. So, it’s basically the difference in air temperature that creates these thermal currents.

Why Do You Sometimes See Hawks Circling In Groups?

More often than not, you’re likely to only spot a single hawk circling on the air currents above. However, sometimes, you might actually see a group of hawks all gliding around on thermals high up in the sky.

The reason for this is once one hawk has found a good thermal to glide on, other nearby hawks will notice this and will also want to use that same thermal to start circling. Therefore, you might find that one hawks circling above is often joined by another and another, until there’s an entire group of hawks all riding the same thermal.

Slope Surfing Is Another Phenomenon That Hawks Use To Circle

Commonly known as slope soaring, this happens when the wind hits one side of a hill. As the wind hits the side of the hill straight on, it can’t go any further and so it rises upwards. Hawks, being the clever birds that they are, have learned how to use this rising flow of air to help them to reach much higher altitudes without too much effort.

If you happen to witness this, you’ll see the hawk flying straight at the hill, mountain or even side of a building and just before it hits, it will be lifted high up as it rides the rising current of air.

You might be surprised to learn that even pilots of small planes and paragliders will often use slope soaring to give them extra lift. 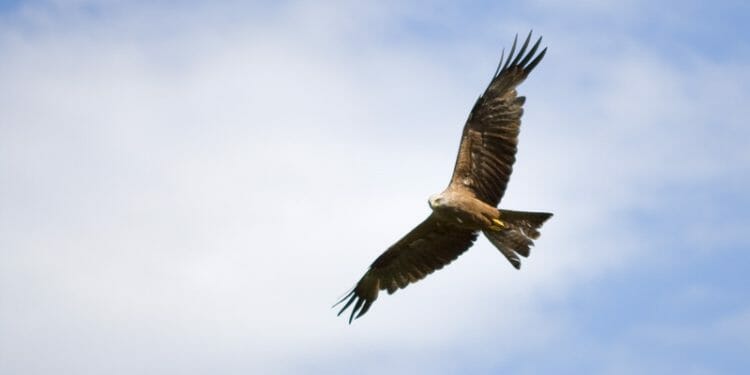 Why do hawks circle and screech?

Hawks generally screech to proclaim their territory. It’s a warning to other birds that they should stay away. Hawks also screech during mating time to impress the females.

How long do hawks stay in one area?

Hawks will generally nest in the same area for many years or until they can no longer use the same nest.

Is it good to have a hawk in your yard?

Hawks are really useful for ridding your yard of pests such as rodents. They’ll also prey on snakes and gophers. This helps to keep the population of these animals in check and is a natural part of nature.

Now you understand why hawks circle high up in the sky. Primarily, they’re conserving their energy by taking advantage of the warm air currents that are created by the sun as it heats the air that is close to the ground.

To stay afloat and just glide along, hawks have to ride the rising air currents and because these spiral upwards, the hawks will circle so that they stay within the thermal and can survey the ground below with ease.