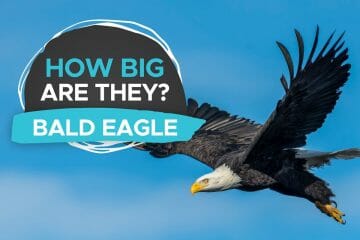 How Big Is a Bald Eagle?

We think of bald eagles as massive birds of prey that rule the sky. But, have you ever wondered how big a bald eagle actually is? Generally a bald eagle’s size can vary with both sex and where it lives. Bald eagles that live in Alaska and the northern states […] 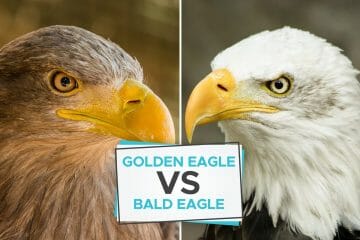 As adult birds it can be quite easy to distinguish a golden eagle from a bald eagle. However, the difficulty arises when you see a juvenile bird that hasn’t fully developed its adult markings. This can take up to 5 years for both species. As adults, bald eagles have a […] 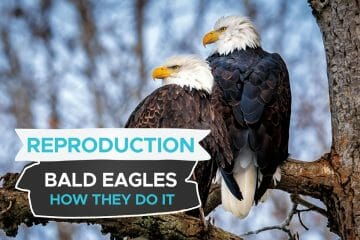 How Do Bald Eagles Reproduce?

Since being on the endangered list back in the 1970s, bald eagles have made an amazing comeback and numbers are increasing year by year. You might be wondering how bald eagles reproduce and what their life cycle is like. Bald eagles are monogamous. This means that they have the same […] 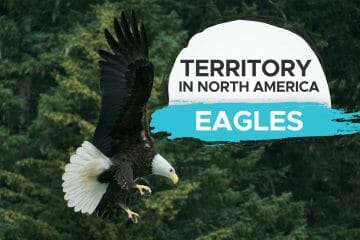 The bald eagle was chosen as America’s national emblem back in 1782. It symbolizes courage, strength and freedom. The symbol is depicted on both US currency and other official documents such as passports. But, you might be wondering where bald eagles actually live. Bald eagles live in north America. They […] 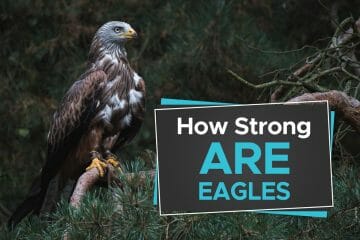 How Strong Is An Eagle? [Learn Which Eagle Is Strongest]

We know that eagles are large powerful birds of prey that rule the skies. They can fly higher than most other birds, see long distances with their amazing eyesight and swoop down to pick up potential prey at fast speeds. But, have you ever wondered how strong an eagle is? […] 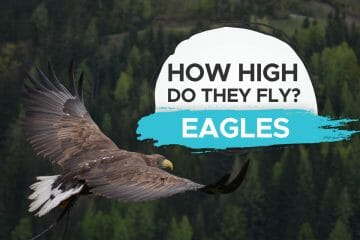 How High Do Eagles Fly? [You Won’t Believe It!]

Most of us get a thrill when we see an eagle soaring high in the sky above. These majestic birds are a delight to watch and can be found all around the world. In fact, there are around 59 species of eagles found in different parts of the world. But, […] 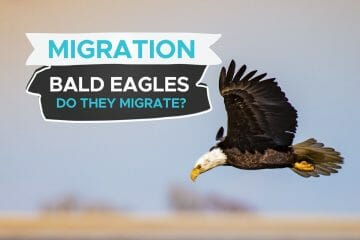 Bald eagles are found all over north America and Canada with a large population in Alaska. But, have you ever wondered whether bald eagles migrate? The simple answers is some do and some don’t. If bald eagles live in an area where there is plenty of food and water available […]