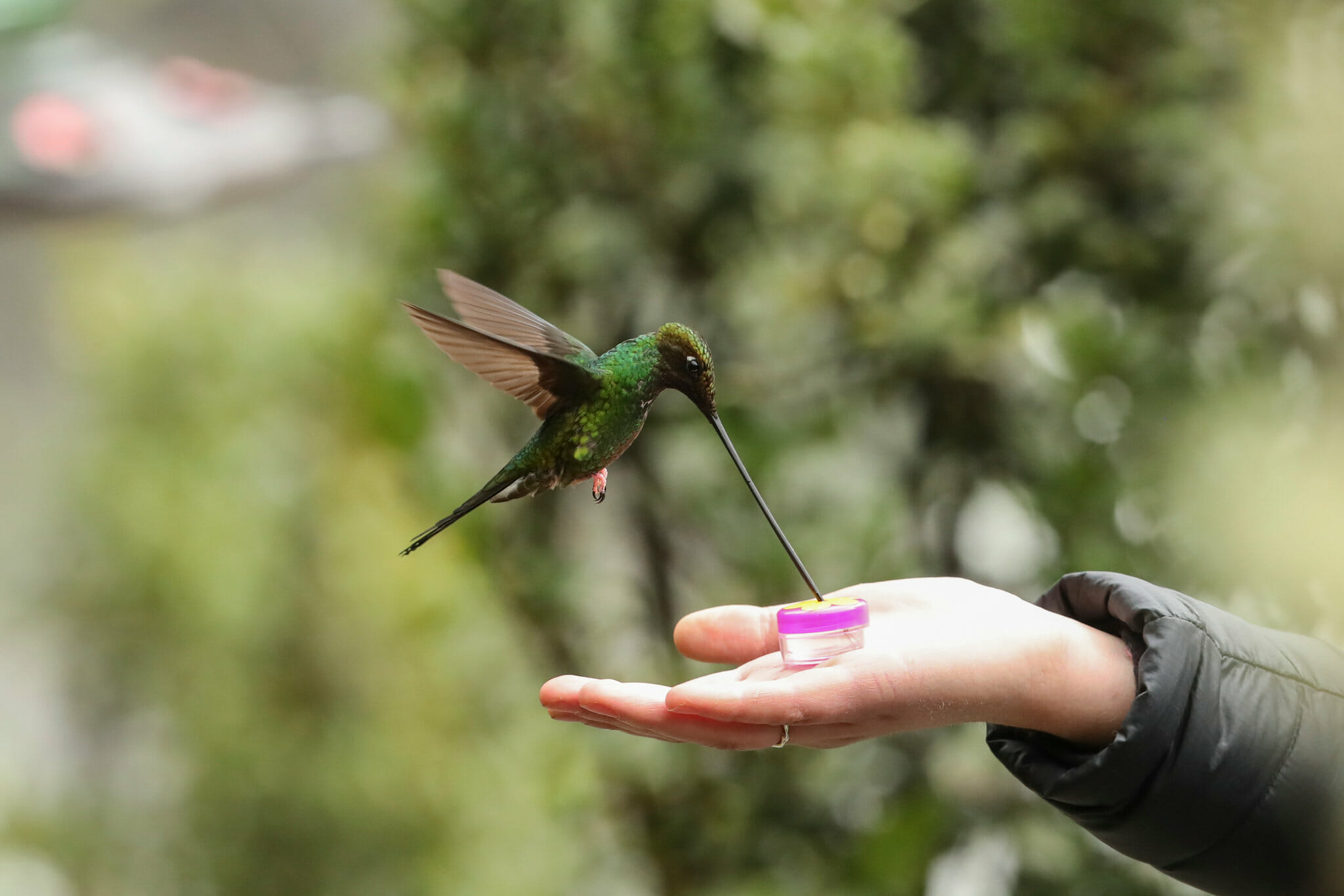 Hummingbirds are one of nature’s most beautiful creatures. A little known fact is that they’re not just beautiful and fast, but they also have incredible levels of memory for a bird.

Hummingbirds, according to Science Mag, have such good recollection that they could give “the largest land mammal a run for its memory”. The incredible memory hummingbirds possess is actually useful for keeping track of when flowers they’ve already visited for nectar refill, which in a natural setting is stupendously fascinating.

The hummingbird is tiny in comparison to the great elephant, and the phrase “an elephant never forgets” could soon be interchangeable with hummingbirds. With the elephant having a massive overall size advantage, it also has a much larger brain. The much smaller brain of the hummingbird certainly packs a lot more performance per brain cell.

It stands to reason that with such a large amount of memory, it’s entirely possible for a hummingbird to remember humans they have regular contact with.

The problem is that it’s unlikely to be academically tested widely because of ethical concerns. If humans feed hummingbirds instead too often, then they’ll become unafraid of humans opening them up to the threat of malicious human contact.

How Do Hummingbirds Recognize Humans?

Hummingbirds have massive brains for a bird. To put that into perspective, a human’s brain usually makes up around 2% of the weight. For a hummingbird however, their brains make up approximately 4% of their body weight.

That massive brain will likely have a huge impact on their ability to remember things. Here are a few things their brains help with:

Do Hummingbirds Interact with Humans?

They hover around the face or within an arm’s length of them. They usually do this when the feeder is empty and they’re trying to tell the human the feeder needs to be stocked again. One anecdote can be found at World of Hummingbirds.

There are stories of people who’ve been out in nature and had interactions with hummingbirds. These stories range from hummingbirds hovering in front of people’s faces and inspecting them in a really cute manner, right through to a hummingbird landing on someone’s head for a few seconds.

Hummingbirds may hate each other and be antisocial with their own kind, but they lack a certain level of fear with humans.

They’re still cautious creatures, and only ones that have been repeatedly fed are going to willingly interact with humans. All birds are naturally cautious to avoid threats on the ground, like snakes, cats and even malicious humans.

Do Hummingbirds Know Who Feeds Them?

They certainly do. Hummingbirds are very intelligent animals in general, with a memory span that rivals that of an elephant. The anecdote above from World of Hummingbirds shows that hummingbirds not only know who keeps stocking the feeder, but they also have their ways of trying to communicate with us.

Animals are very adept at reading cues when it comes to being fed. This isn’t just specific to hummingbirds, but hummingbirds have the cutest way of asking in the bag.

Just think, a tiny bird hovering in front of you because its hungry and you need to restock the feeder. That’s just adorable.

Why Do Hummingbirds Hover In Your Face?

As for the reason why they tend to hover in front of you, it’s usually not because they see you as a friend to interact with. Instead, it’s likely down to the situation with your feeder. If your feeder is empty or the contents of the feeder has gone past its use-by date, a hummingbird will be the first to let you know.

They do this by hovering in front of you, not unlike a cat following you around meowing when hungry!

Is It Safe To Touch a Hummingbird?

The ban on trapping and handling them has helped genuine non-malicious bird watchers feed them and get closer looks because they’re losing their human fear, that doesn’t mean there’s a future of having a hummingbird as a pet though.

Here’s a great video of trusting hummingbirds being hand fed!

The answer to the main question of “can hummingbirds recognize humans?”, is yes. Hummingbirds do recognize humans and this can be attributed to their large memories, their observance of their environment when it comes to who and what is in it, and them intentionally remembering who stocks their feeders to keep their bellies full.

The key thing to remember if you want to be recognized, keep their feeders well stocked.