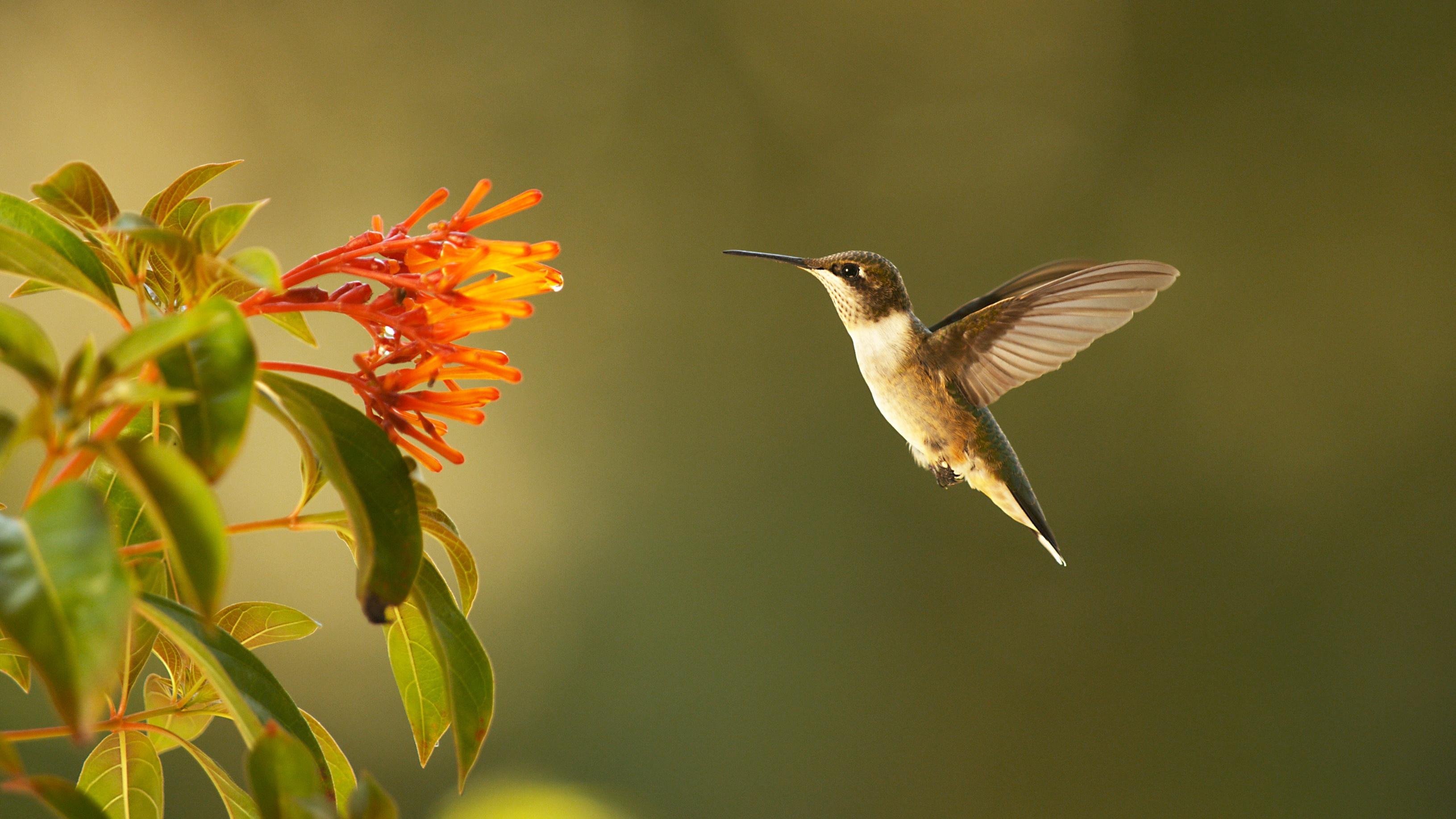 Hummingbirds are fascinating creatures, for plenty of reasons, their striking colours, the fact they weigh less than a nickel, but my favourite by far, their incredible gift for the way they fly.

These little birds have a truly unique way of flying, and they can make manoeuvres no other bird can make, for example, flying backwards!

Why Can Hummingbirds Fly Backwards?

Let’s get onto the details, why exactly can hummingbirds fly backwards?

This is a simple one, hummingbirds are a bird species that have a rotator cuff, which like humans, is a supporting and strengthening structural feature of the joint.

How Fast Can a Hummingbird Fly Backwards?

The speed in which a hummingbird can fly backwards varies, depending on the size of the bird, but their top speed can hit around 54 km/h, and they’ve been known to dive at speeds of 79 km/h.

Hummingbirds can reach such impressive speeds due to their wing-flapping rates (that’s also the reason they hum!).

One of the most impressive facts about hummingbirds is that when they dive, they can actually get their wing-flapping rates up to 200 beats per second, it’s fascinating!

Are Hummingbirds the Only Birds That Can Fly Backwards?

For a sustained period of time, Hummingbirds are the only birds that can fly backwards

There are other birds that can fly backwards for a short stint, but it’s unsustainable. For example, Warblers, Flycatchers, Egrets & Herons can flutter backwards should they ever feel vulnerable, think of it as a defensive manoeuvre.

As we touched in earlier, due to the unique structure of the hummingbirds wings (having rotator cuffs) they are the only bird that can truly fly backwards.

Can Hummingbirds Fly Upside Down?

They can fly upside down!

Flying upside down is just another aerobatic manoeuvre they can pull off due to the figure of eight motion they do when they fly. Hummingbirds often need to fly upside down for them to feed from a flower, it’s all over in a matter of seconds usually but it’s incredible – check out this video or watch it below.

A hummingbirds ability to change direction, in seconds, is fascinating sight to see. The aerial ability they have and their striking colours definitely makes them my favourite bird species to watch. If you’re after more information around hummingbirds, we’ve covered a lot more, check it out here.