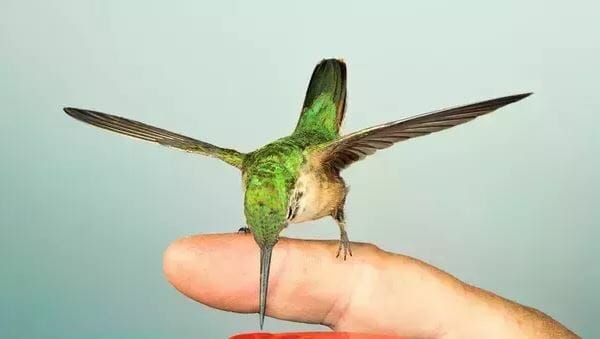 Hummingbirds are simply majestic in every sense of the word. These tiny balls of fluff are just so unique and beautiful that it makes a lot of people want to keep them as pets. But is it possible to keep a hummingbird as a pet? Let’s find out.

To cut a long story short, it’s not possible to keep hummingbirds as pets. Hummingbirds aren’t able to survive in enclosed areas. These adorable creatures are incredible fliers. They’re able to take to the sky in just a moment’s notice. Their small legs and feet also allow them to channel all of their energy into flying.

Given that they have tiny legs, these birds don’t have the ability to walk or hop like other types of birds can.

Their legs only allow them to perch from side to side, so they’d be pretty trapped in an enclosed cage. Additionally, hummingbirds tend to feed on insects and nectar, which most of us don’t really have access to and cannot provide to these birds.

According to the Migratory Bird Treaty Act of 1918, the possession of any migratory bird is prohibited.

So basically, it’s considered illegal in the United States to hold these birds, their nests, their babies, or any part of their bodies in any sort of captivity without a valid permit.

There are very few people that get to keep hummingbirds so that they can reproduce and then put up the baby birds for sale.

These people carry valid permits that allow keep hummingbirds for whatever reason. However, most of these baby birds are bought by governments to be only kept in zoos. In a nutshell, you can look, but you can’t touch.

While most countries have adopted the same rules and regulations applies in the United States, we’re sure that there some countries that don’t follow these rules.

If you’re someone who lives outside of the United States, get in contact with government offices in your local area to see if your country has signed the Migratory Bird Treaty Act of 1918 or not.

You can contact the United States’ permit office at http://www.fws.gov/migratorybirds/mbpermits if you decide to get a permit that allows you to care for hummingbirds. Such permits tend to cost anywhere from $50 to $100, sometimes more depending on the type of permit you’re applying for.

But What If the Law Allows It?

If you’re in a country that doesn’t have laws or regulations against keeping migratory birds such as hummingbirds, you need to understand that these birds have extremely delicate bodies and require utmost attention when caring for them. And unless you can provide just that, it’d be the right thing to do to just let them roam freely.

There is, however, another way you can go about this so that not all hope is lost.

What if you’re able to view these birds in your backyard? There are many ways you can utilize to attract birds to your home. You can start by strategically placing some feeders around your backyard. These feeders must include nectar in them.

To find out the nectar recipe for hummingbirds, click here. Hang these feeders on trees or put them on a flowerbed and just wait for some fluff to come.

According to zoos that are housing hummingbirds, there’s a very special diet that they stick to. Like we’ve mentioned, hummingbirds don’t feed on greens and serials, they prefer nectar and insects.

Zoos tend to have feeders that are filled with Neckar provided by Nekton, which is a processed sugar solution.

Even on their own without supplying them with feeders, hummingbirds are very intelligent birds that tend to move around a lot and search for nectar and insects without getting lost or forgetting where their nests are at.

So it’s best to just let them loose so they can find their own food then maybe come back to your backyard when they miss eating out of your bird feeders.

How to Care for a Baby Hummingbird?

If you happened to stumble upon an abandoned baby hummingbird, there are a few things you need to do.

Firstly, you need to be aware that baby hummingbirds don’t have feathers, and so you need to keep them warm at all times. You can do that by either putting them back in their nest if it’s insight, or you can make one for them using tissue paper.

Avoid using cotton or cloth as the bird’s tiny legs might get stuck in them.

After ensuring that the bird is safe and warm, you need to get in contact with the wildlife rescue organization so that they check the bird for injuries and regulate its temperature.

Make sure that the organization is properly trained in caring for such delicate birds. From there, the organization will provide the bird with the sanctuary it needs until it’s capable of flying. 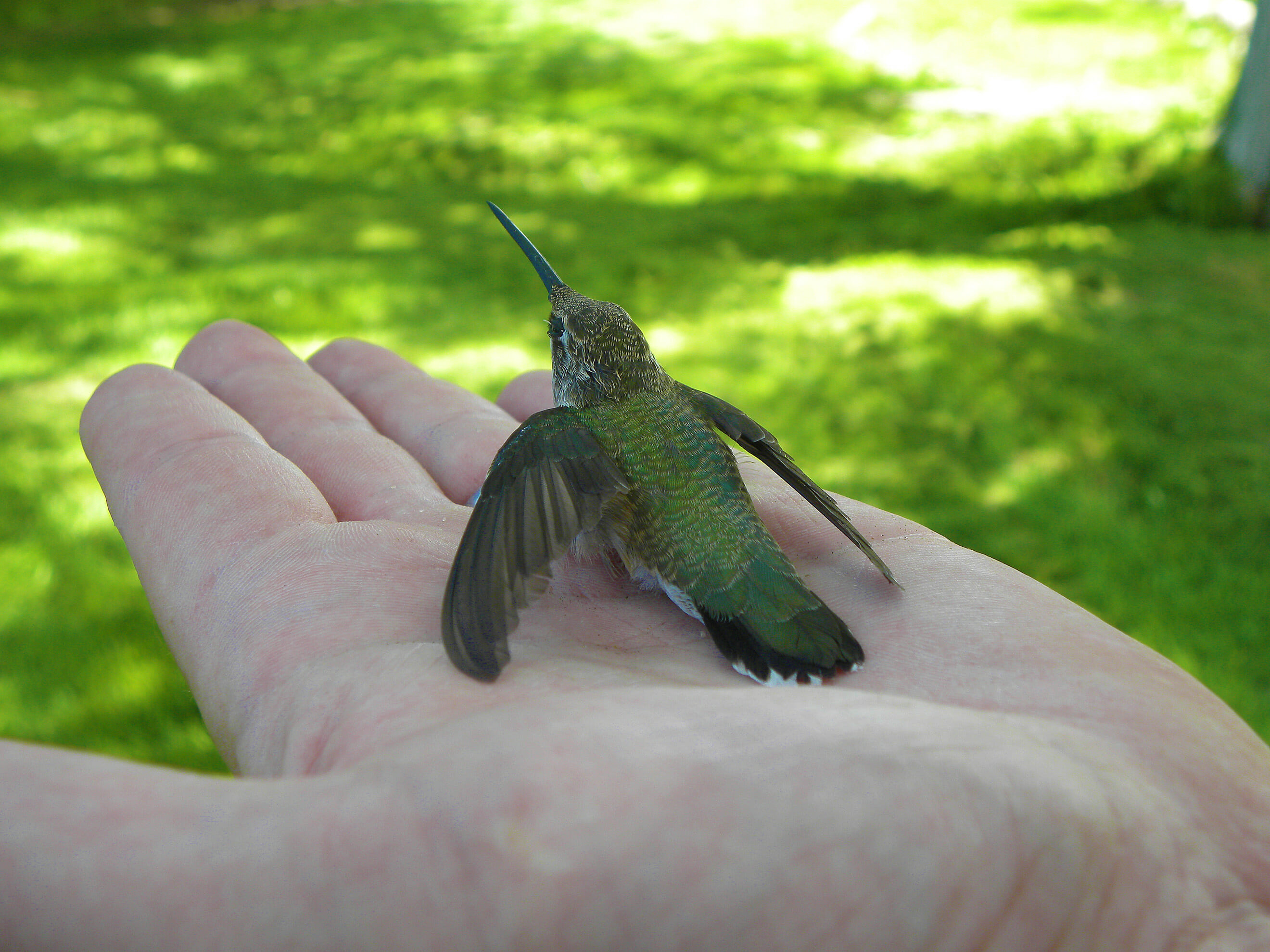 We know how beautiful hummingbirds are and how badly you’d like to keep one as a pet, but it’s not only against the law to keep them trapped as a pet, it’s also against their nature as birds that are created to fly freely.

Also, a pet is a creature that you can build a bond with and that can recognize you as its owner, which is something that you won’t find in a hummingbird’s nature.

If birds are your type of pets and you’re not really interested in getting a dog or a cat, then you’ll be better off with parrots or doves. And if you’re so obsessed with hummingbirds, then you can try attracting them into their backyard, but only to admire their beauty from afar, you don’t want to be caught in possession of a hummingbird and find yourself having to pay a $200,000 fine!!