Did you get woken up this morning by a cacophony of bird song? As you slowly shake off the drowsiness of being awoken at such at an early hour, did you wonder why birds chirp in the early hours of the morning?

In birding circles, this is referred to as the dawn chorus. It’s quite common for birds to be quite lively at this time of the day. They like to loudly regale their surroundings with lively tunes, sometimes as early as 4 am. You might find that it’s mostly male birds that sing in the early hours of the morning. They do this to establish their territories and also to attract possible mates.

There are various theories as to why birds chirp in the early hours of the morning. Here are just a few to consider.

It’s Too Dark For Birds To Start Foraging

Birds tend to wake up from their sleep quite early each morning, usually at dawn. Therefore, it’s still too dark for them to start foraging for food before the sun actually starts to rise.

Instead, it’s the ideal time to chirp and communicate with other birds.

Another theory that has been proposed is that loud chirping in the early hours of the morning gives the signal to other birds that the singer is strong and healthy and has survived the night. This is also one way that male birds can attract females to mate with.

The individual strength and health of the male bird is highly regarded by the females of the species. Thus, a male bird with a good, strong chirp is likely to attract a possible mate more easily than one that is not as raucous.

It’s also the perfect way to tell other birds within hearing range that this territory belongs to the bird doing the chirping.

Male Birds Want To Attract A Female To Mate With

Especially in spring time, male birds will sing particularly loud and long in order to attract a possible mate. As it’s the beginning of the breeding season, it’s time for male birds to get ready for successful mating. Loud birdsong is one of the ways that male birds can use to let the females nearby know that they’re available and ready to mate.

In fact, in bird circles, the male that sings the loudest and has the sweetest melody is likely to attract the greater number of females. 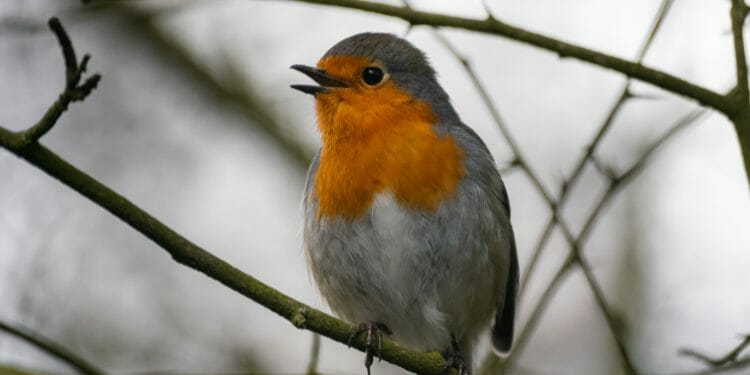 Another way that a male bird can attract a suitable female is to drive other male birds away. They do this by announcing loud and clear that this is their territory. This will quite often scare rival birds away in search of a quieter territory that they can call their own.

Birdsong Is Clearer In The Early Hours Of The Morning

Because there’s a lack of other noises early each morning, the birdsong is usually clearer and also quite consistent. It’s also interesting to learn that each bird has its own signature song that is slightly different even from other birds of the same species.

This is of particular importance for identification. It lets the bird doing the chirping stand out from all the other birds that are also singing at that time. This helps the bird’s mate easily locate him.

One Theory That Has Been Disproved

For many years, people believed that birdsong could carry further in the early hours of the morning because its cooler and drier. However, this theory was disproved by scientists in the 90s.

During their studies, these scientists studied two sparrow species to see how far their song would travel. They did tests both in the early morning and at noon. After they finished their tests, they discovered that birdsong traveled farther at noon than in the early hours of the morning.

These results were the same for both grassland and woodland sparrows.

Yes, international dawn chorus day is, indeed, a thing. This interesting event is held annually on the first Sunday in May. And, the event happens right around the world, where bird lovers get up early just to witness the dawn chorus for themselves.

The event first began in the 1980s in Birmingham in England and has now been embraced by over 80 countries around the world. 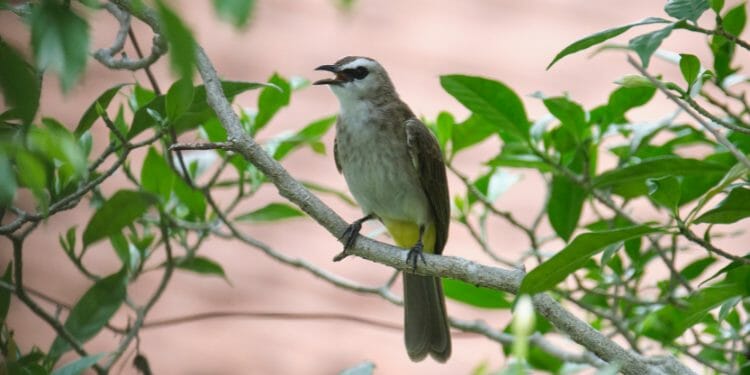 What Time Does The Dawn Chorus Start?

Essentially, birds wake up an hour before sunrise. Depending on where you are in the world, this could be as early as 4 am. In some mysterious way, birds can sense when daylight is about to happen and this wakes them from their slumber.

They first thing that they do as soon as they wake up is sing their lively song, loud and clear for everyone else to hear.

What Factors Are Likely To Influence When A Bird Wakes Up?

There are a number of factors that determine when birds decide that it’s time to wake up and sing. These include: 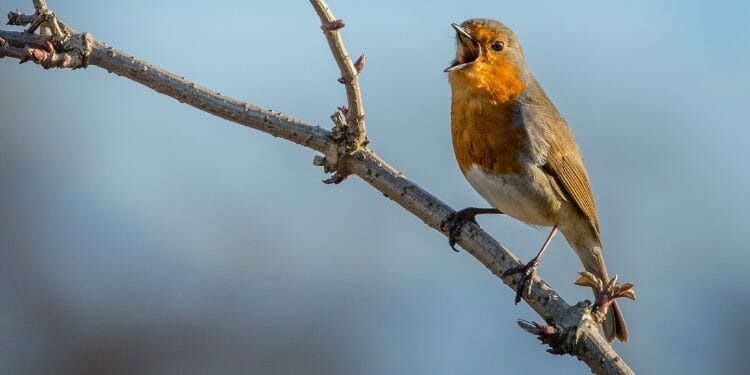 What does it mean when you hear birds chirping in the early morning?

This is what is known as the dawn chorus and birds right around the world engage in this phenomenon.

Which birds wake up the earliest?

There are certain bird species that are known to wake up earlier than others. These include blackbirds, thrushes, doves, wrens, warblers and robins.

Are birds happy when they chirp?

We can only assume that birds are happy when they chirp first thing in the early morning. After all, they’ve made it through the night and live to enjoy another day.

Do birds have language?

Birds most certainly have their own language that they use to communicate with other birds in their species as well as other birds in general. In fact, every bird has its own unique song that allows it to be easily identified within a flock.

It might be a bit annoying to be woken up by a group of birds singing outside your window when the sun hasn’t even come up yet. But, consider it a blessing to hear their lovely song loud and clear before any other daytime noises start to invade.

Birds chirp in the early morning because they’ve made it through the night and are alive and well. It’s more than likely the male birds that you’ll hear first up as they announce their territory and let any listening female know that they ready and available to mate.

This early birdsong is also designed to scare off rival birds so the chirping bird can have any nearby female to himself. So, next time you hear a bird chirping very loudly in the early hours of the  morning, just lay back and enjoy the song.