When birds mate for life they form a strong bond and often rely on each other not only   during the breeding season, but all year round. Mating for life should not be confused with monogamy.

So Which Birds Mate For Life?

Mostly birds will stay together because they trust one another and not because of any romantic attraction. Over time, they know they can breed successfully and the longer they stay together, the higher their chances are of raising a healthy brood.

Here we take a look at just some of the birds who form a lifelong bond. 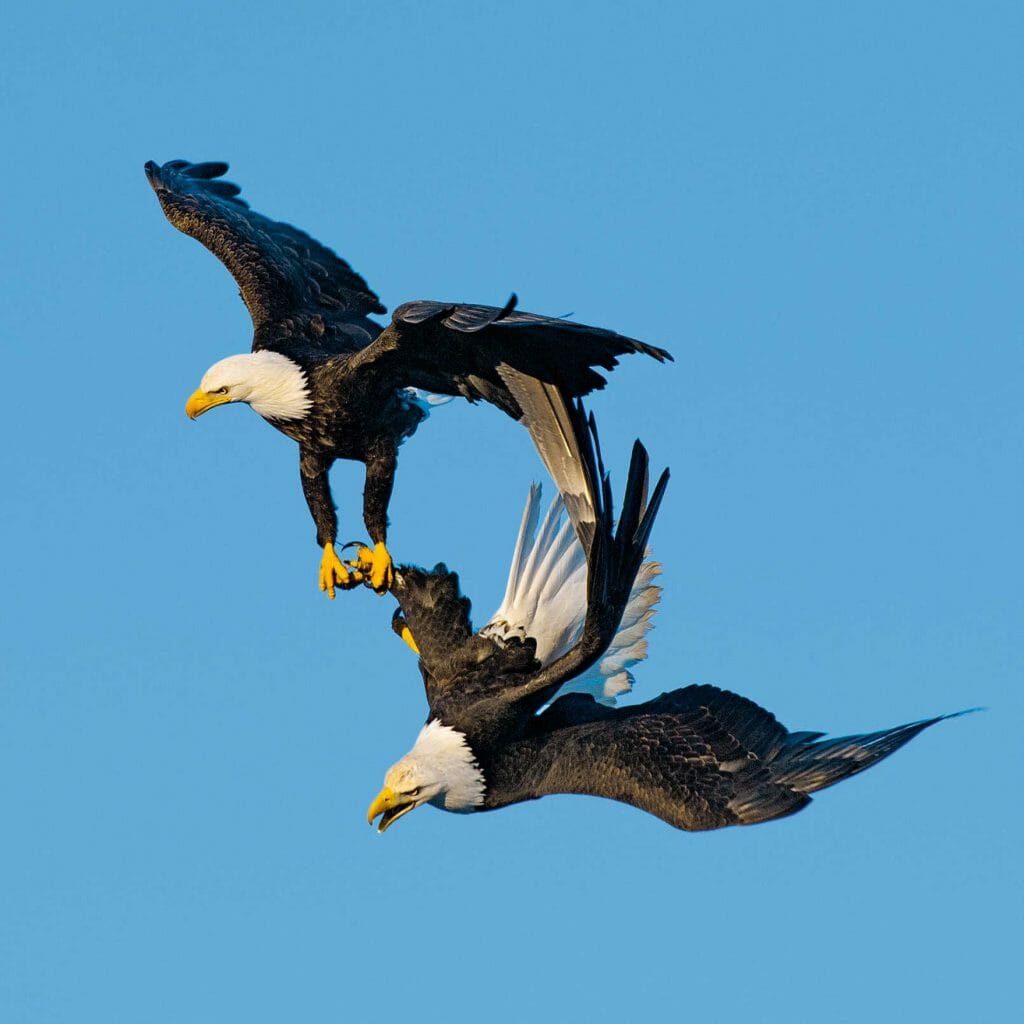 Eagles are just one of many species, which usually mate for life.

As the national symbol of the United States, we’ll start with the Bald Eagle. They can be found throughout North America, including parts of Canada and Mexico. At one time an endangered species, they have seen a rise in population and are still on the protected list.

They can live up to 30 years in the wild, and will only find a new mate if the other one dies.

Eagles have nest site fidelity, and return each year to a nest if they have bred successfully the previous year. They add new material to the nest so over time it grows in size. They will move to a new nesting site if the nest becomes too big for the tree it has been built in.

During the incubation period, both parents will take it in turns to sit on the nest, but the male will spend time hunting for food for both of them as well. The babies are ready for their first flight after 10-12 weeks.

Golden Eagles are found all over North and South America and are the largest bird of prey in North America. Some migrate in the fall, mainly those who live further north, but many remain in the same location all year round. They can live for up to 30 years in the wild, and reach maturity at about 4-5 years old.

Once they have found a mate, they will stay with them for life. Their territory can be as big as 60 square miles, which they look after between them.

Just like Bald Eagles, the Golden Eagle will return to the same nest each year, adding more material to it each time. If one mate dies, the other will find a new mate and will continue to use the same nest. 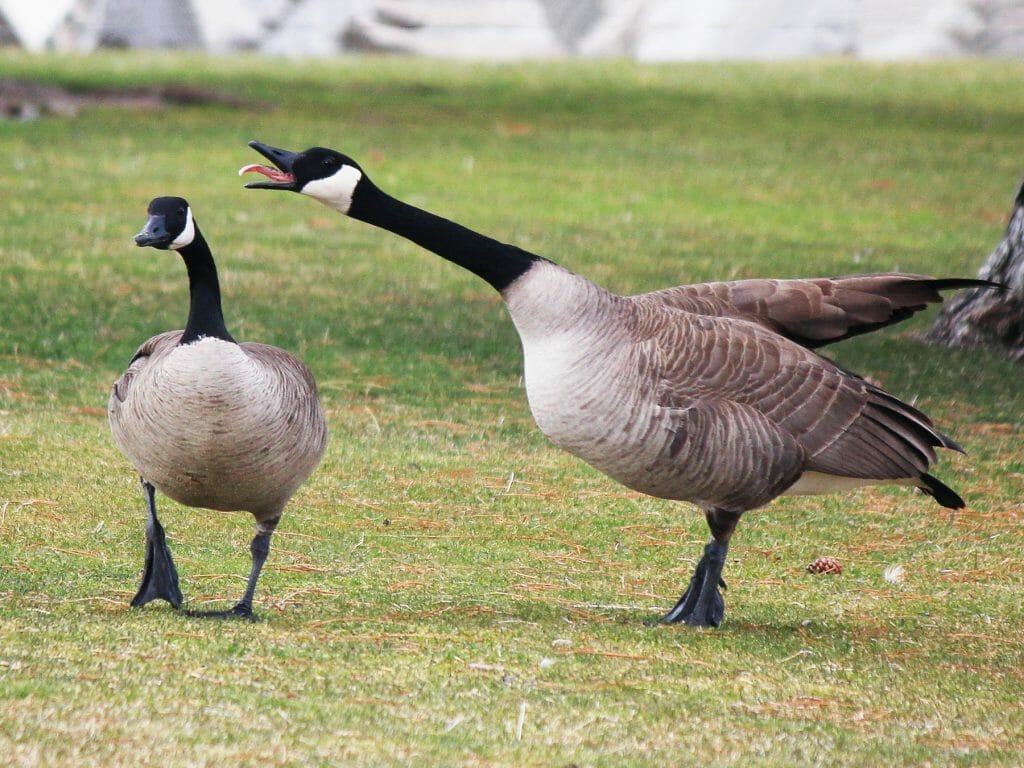 Geese are another species of bird which usually mate for life. In fact, geese are very communal birds that look after each other.

Canada geese are common all over North America and Canada. They migrate south for the breeding season, to the southern states and South America.

The babies will remain in the group for their first year and they they are sent off to make their own life.

Canada Geese usually return to the same nesting sites each year. They stay with the same mate and if one of them dies, the surviving partner will mourn them and sometimes they may not look for a new mate.

Snow Geese are found during the winter throughout North America, from Mexico to British Columbia. During the spring and summer they prefer to breed in colder climates, such as Alaska, Canada and Greenland.

The birds find their mate in their 2nd year but usually start to mate and breed when they are 3 years old. Just like other geese, they will build nests in colonies.

When the chicks hatch, they usually go in search of food within a few hours. Both parents will look after the group and after they have fledged they will stay as a family   group for 2-3 years.

They often return to the same nesting site, as part of a larger colony. 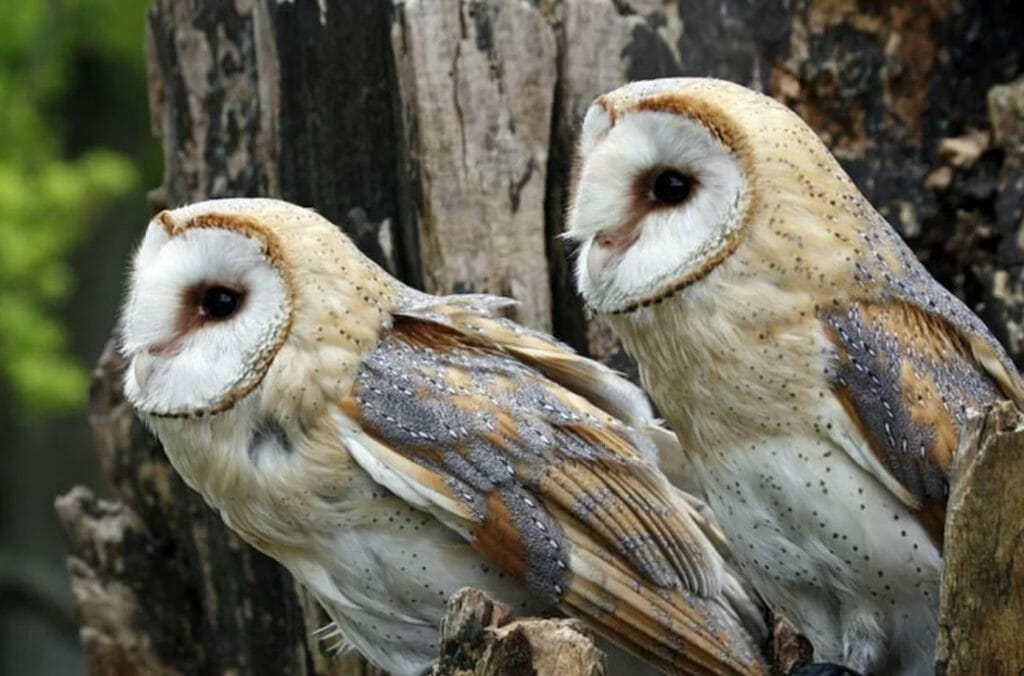 Barn owls mostly mate for life, but it’s not unheard of for them to find a new mate if they feel their partner isn’t helping the breeding process. If the pair breed successfully, then they will stay together and can appear to be quite affectionate to each other.

If one partner dies, the surviving partner may become depressed and will die as well. As they only have a short life-span, barn owls may only breed once or twice.

The parents share the duty of caring for the brood, but it is the father who does most of the hunting. Barn Owls prefer to breed when there is a plentiful source of food available, and one reason they lay the eggs so far apart is so that there isn’t the same sudden demand for food that there would be if all the chicks hatched at the same time. 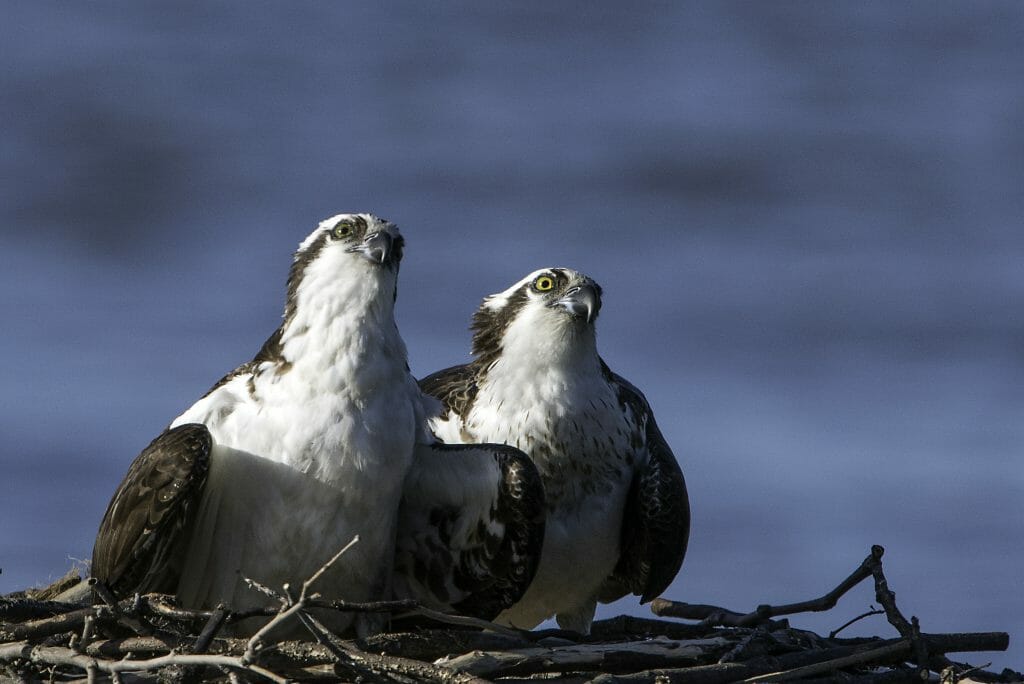 During the winter, Osprey can be found in the southern states of the US and in Central and South America. Some areas along the Gulf Coast and Florida will see them all year round. Not all Ospreys migrate to breed, but when they do they go to the northern states and to Canada.

When the chicks have fledged they will stay with their parents for roughly 2 months. Initially they will remain at the wintering ground and then after 2 to 3 years they will head north for their first breeding season. 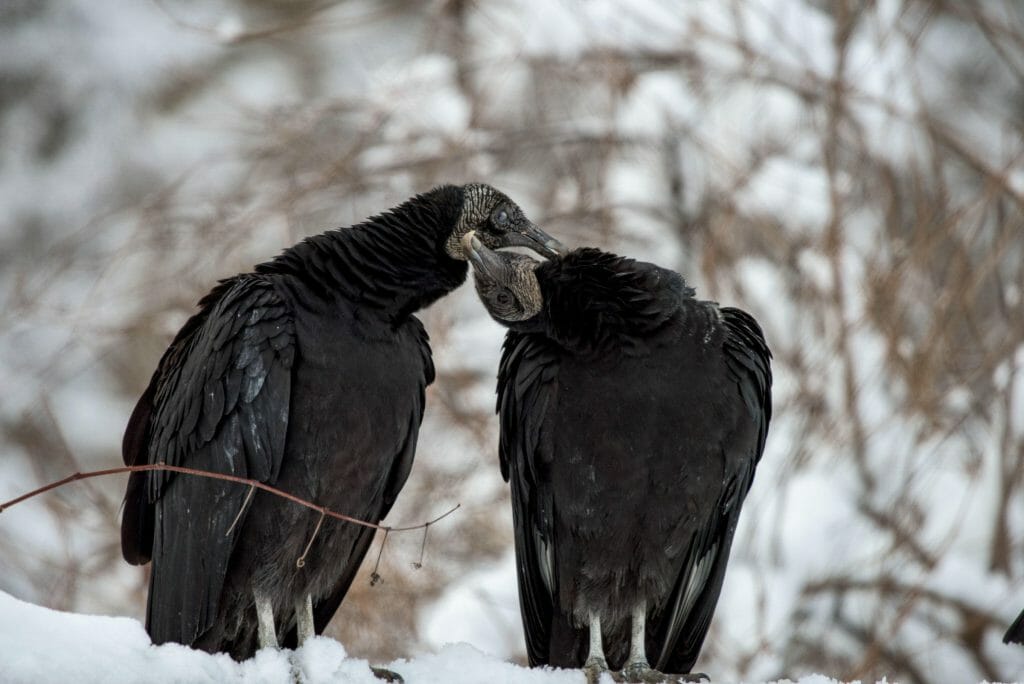 Black vultures are most often seen in southern states and across the Eastern part of the US. They are mainly seen gathered at the sides of roads to feed on any dead animals or birds.

When they have found a mate it is believed that they remain together all year round and not just for the breeding season.

Black vultures create a strong family bond as they often feed the young for eight months after they have fledged. They tend to stick together as a family until the start of the next breeding season when the parents will chase them away ready to start their new family.

Mute swans will mate for life, but if breeding does not go well they will, just like barn owls, look for a new mate. If one mate dies, the other will also find a new mate.

Most mute swans find their mate by the time they are 2 years old although they don’t begin nesting until between 3 to 7 years old.

When the chicks have hatched, both parents will help in rearing the young. When they are a year old they are driven away by their parents, however siblings will remain together until they are ready to fine their own mates at two years old. 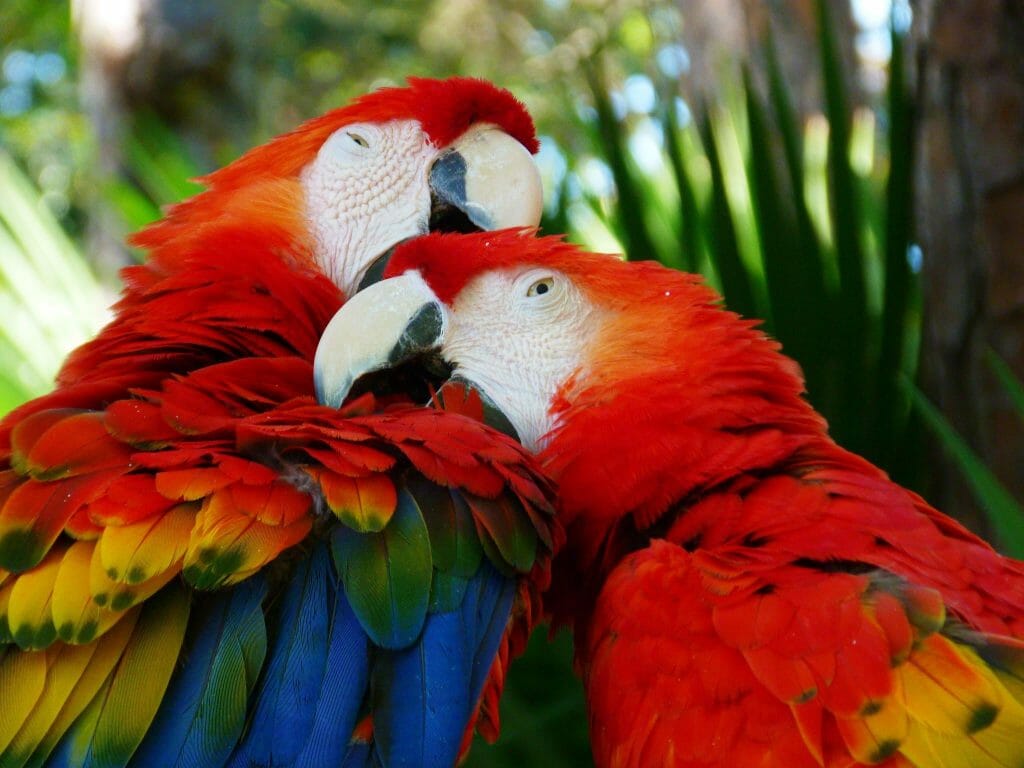 Scarlet Macaws prefer tropical conditions and can be found in central and South America in humid environments.

They not only mate for life, but they will preen and look after one another as well. They start mating when they are three or four years old.

The young will stay with their parents until they are fully independent and the parents will not breed again until their previous checks are ready to leave home.

There are many other birds that mate for life. Cranes and Jays often find lifelong mates, including sandhill cranes, whooping cranes, blue jays and pinyon jays. With most birds, they will stay with their mate as long as breeding is going well, though many birds are more loyal. When birds stay together they learn to rely on each other, which makes it easier for them to breed as they know they can trust each other.