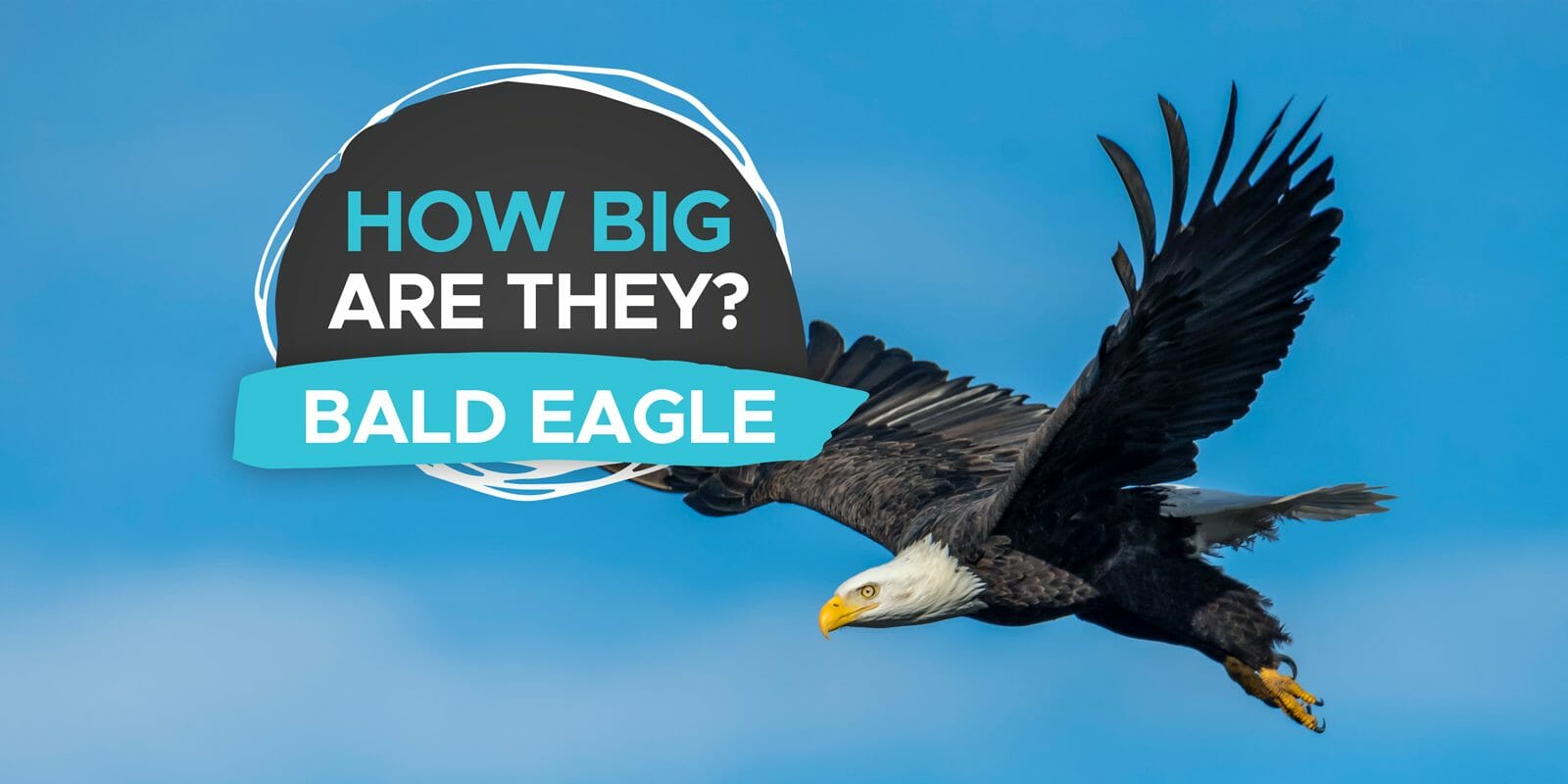 We think of bald eagles as massive birds of prey that rule the sky. But, have you ever wondered how big a bald eagle actually is?

Generally a bald eagle’s size can vary with both sex and where it lives. Bald eagles that live in Alaska and the northern states of the US are generally larger than those that live in the southern states. In addition, male eagles are always smaller than female ones.

Let’s look at some of the factors that can determine a bald eagle’s size and weight.

Factors Affecting The Weight Of A Bald Eagle

Where the bald eagle normally lives can ultimately affect the bird’s weight. Eagles that live in Canada, Alaska and the northern states of America will be heavier than those that live in the southern states and in northern Mexico.

Additionally, female eagles will weigh around 25% more than their male counterparts. All of these variations make it difficult to give an accurate standard weight for a bald eagle.

Therefore, averages have to be calculated by measuring and weighing a variety of birds across all regions. These research studies have also found that a bald eagle’s weight can vary by as much as five to ten percent during any given day.

There are two other measurements that are used to determine the size of a bald eagle. They are the wingspan and the length or height.

The wingspan is the measurement from one wing tip to the other when the wings are outstretched. Of course, this measurement is not easy to take on live birds so to get an average, researchers use birds that have been collected to be prepared as museum specimens.

To get an average, the researchers measure a number of birds, add up the individual measurements and then divide that number by the total number of birds measured. This gives a rough estimate of around 6.7 feet. Consider this compared to the height of an average human and you’ll realize just how large these birds are when their wings are fully outstretched.

Of course, this measurement taken on a live bird depends on how straight the bird is sitting and whether its neck is outstretched or not. Once again, researchers have come up with an average height or length of 2.7 feet. 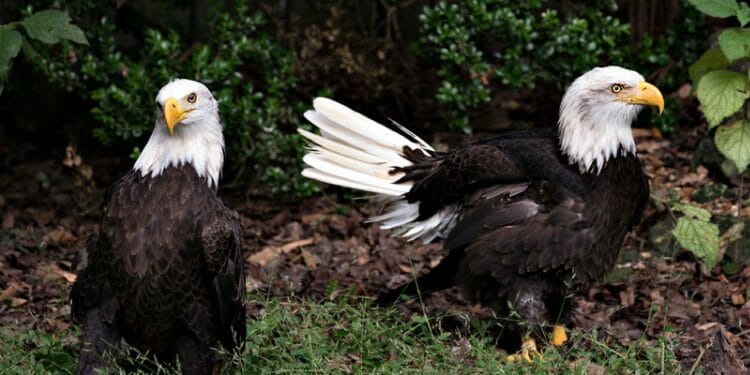 To understand the majestic size of a bald eagle, it’s useful to compare its size to other birds of prey such as the red-tailed hawk and the osprey.

Here’s a table with the average sizes of all three and also included is the height of a human.

From this you can see that the bald eagle is indeed a large bird compared to other birds of prey and its wingspan is longer than a human’s height.

Interestingly, California condors and white pelicans have even longer wingspans (109” and 108” respectively). 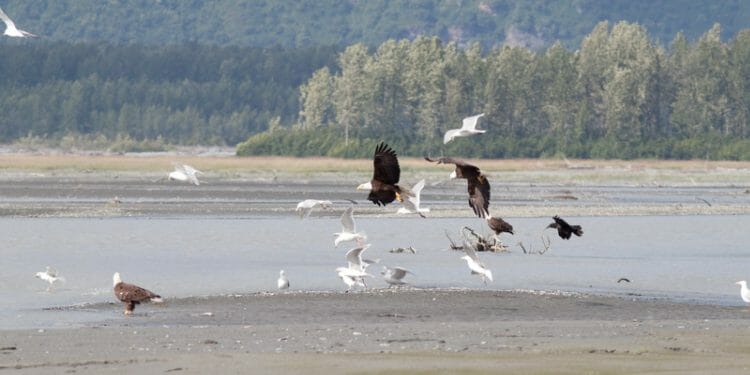 Why Are Northern Bald Eagles Larger Than Southern Ones?

If you’ve read this far, I’m sure you’re wondering why there is a difference in size between northern and southern eagles. Have you ever heard of the Bergmann’s and Allen’s Rules? Actually, these rules applie to all warm-blooded living organisms and not just bald eagles.

Basically, the rules say that organisms at higher latitudes should be thicker and larger than those that live closer to the equator. When you think about this logically, birds that live in colder climates need to have additional bulk to keep warm. It’s all to do with the heat loss per heat generated ratio.

Therefore, the size difference is an adaptive mechanism related to the climatic conditions of where the bald eagles live. For northern eagles, being larger means that it’s easier for them to control their body temperature and stay warm in those freezing, blizzard-like conditions.

Similarly, birds that live in the southern states don’t need as much protection from the cold so they can be leaner.

How tall is a bald eagle?

When fully grown, a bald eagle stands around 2.5 to 3 feet tall.

How big is a bald eagle compared to a human?

When fully mature, a bald eagle can be half as tall as a human. With wings totally outstretched, an eagle can be wider than a human is tall.

Why do bald eagles have white heads?

The white feathers on the heads of bald eagles helps to camouflage them against the sky. It’s also a trait that makes them more imposing to other large birds of prey.

By now you fully understand that bald eagles are massive birds of prey that certainly deserve the respect that they get from other bird species. An adult bald eagle can weigh as much as 9 pounds with the female of the species often weighing even more.

When fully upright, a bald eagle can be around half the size of an adult man with a wingspan that is longer than the height of an average human. It’s also interesting to note that northern bald eagles are often larger than their southern counterparts.