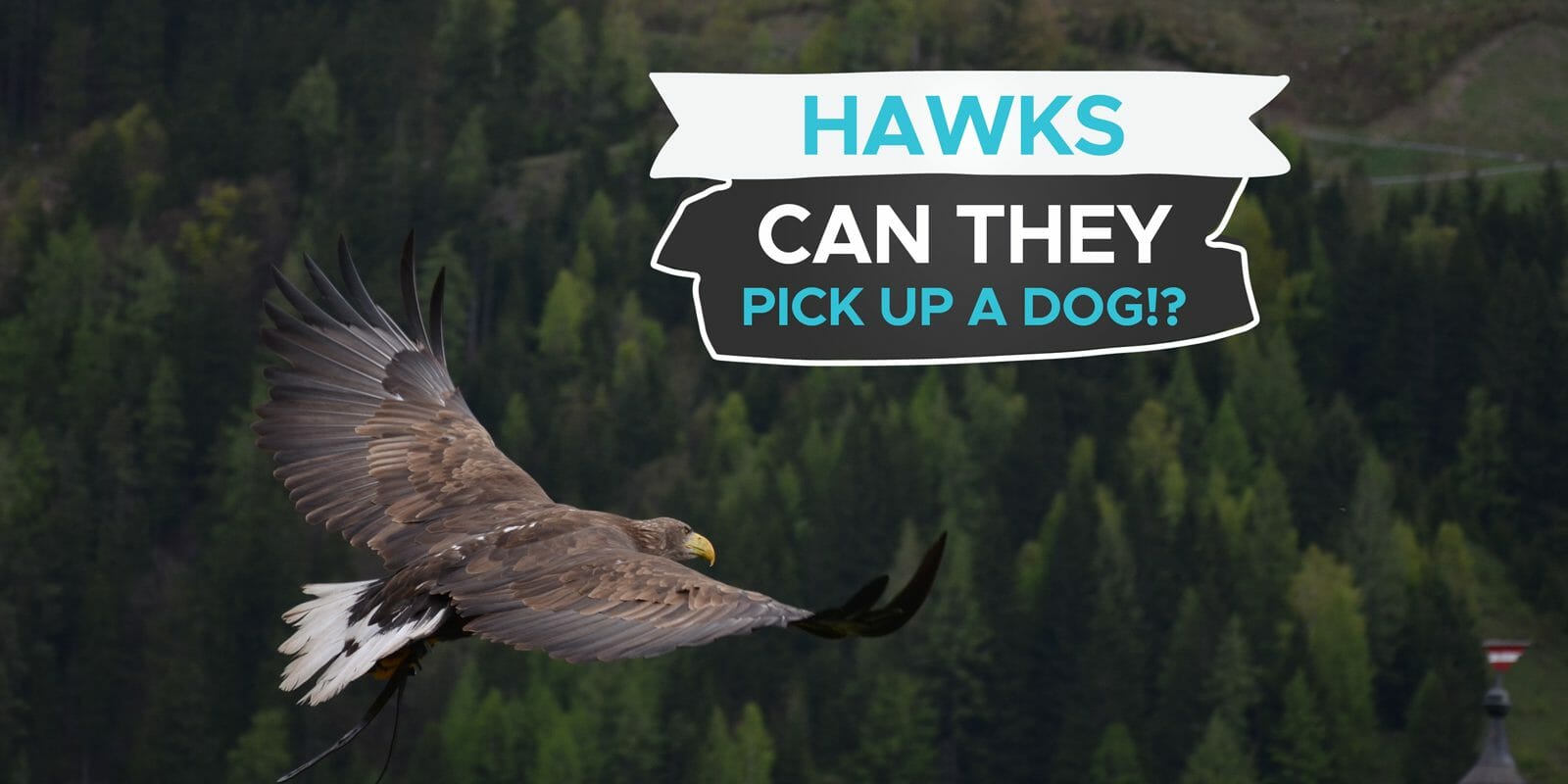 Hawks are smaller birds of prey that like to hunt for small mammals, reptiles and even small birds. With the increase of hawks in suburban areas, you might be wondering whether a hawk can pick up a dog.

Logistically, it is possible for a hawk to pick up a small dog that weighs under five pounds. This is because hawks aren’t able to carry anything that is heavier than their own body weight. Their wings are not strong enough to carry excessive weight.

Therefore, most dogs and even cats are large enough to be too heavy for hawks to pick up, despite what you might have read elsewhere.

However, considering hawks are birds of prey and your small dog may look like a tasty meal, these birds can swoop down and kill your pet with their sharp talons before feasting on it.

How Can A Hawk Attack A Dog?

Generally speaking, hawks are opportunistic hunters. This means that if your small dog is outside in your yard unsupervised, a visiting hawk may see the dog as an easy feed. After all, your dog is a small mammal and this is what hawks prefer to feed on.

If the hawk has decided that your dog would make a good meal, it may swoop down and pick it up in very strong talons. If the dog is small enough, the hawk will squeeze it to death and then fly off with it.

However, if the dog is too heavy for the hawk to fly away with, the bird will use its talons on the spine of the dog and paralyze it.

Why Would A Hawk Attack A Dog?

More often than not, a hawk may swoop down on your dog to protect its territory especially if it’s nesting in a nearby tree. Hawks are very protective of their young and will try and scare away any potential threats. In fact, nesting hawks have even been known to dive-bomb humans if they feel that their young are in danger.

On rarer occasions, a hawk may be suffering from hunger and there may not be any other easy food source nearby. Generally, hawks do try and avoid unnecessary fights and will search out prey that is easy for them to catch and carry away.

However, during the winter or because of the destruction of natural habitats, a hawk may have no other option than to search out prey such as small dogs simply to survive. 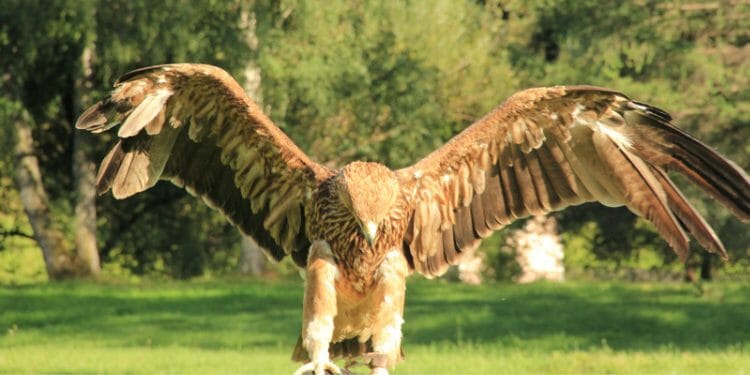 How Can You Protect Your Small Dog From A Possible Hawk Attack?

Bear in mind that hawks are a protected species under the Migratory Bird Treaty Act of 1918 and it’s against the law for anyone to harm them. In fact, anyone who violates this law can be subject to a fine of up to $30,000 or even a 6-month jail sentence.

So, what are some things that you can do to keep your small pets safe? Here are some suggestions. 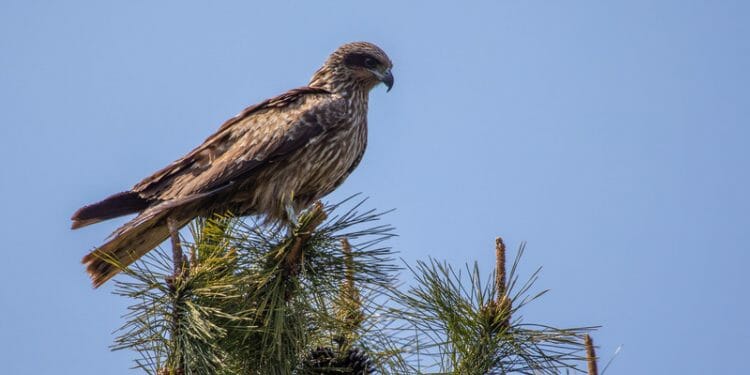 How much weight can a hawk lift?

At a maximum, a large hawk can carry a weight of around 4 or 5 pounds and fly off with it.

Do hawks go after dogs?

Hawks are birds of prey so it is possible that a hawk might see small dogs as prey. However, this is most unlikely as hawks will likely stay away if there are also human present.

What time of day do hawks hunt?

Most hawks are actively hunting for prey around dusk and dawn. This allows them to easily spot their prey with their keen eyesight.

It’s definitely possible for a hawk to pick up a small dog that weighs less than 4 or 5 pounds. Anything larger than this, and it would be physically impossible for the raptor to fly away with the dog.

But don’t worry, because there are plenty of things you can do to keep your pets safe if you notice a hawk circling above or watching your yard from a high vantage point.