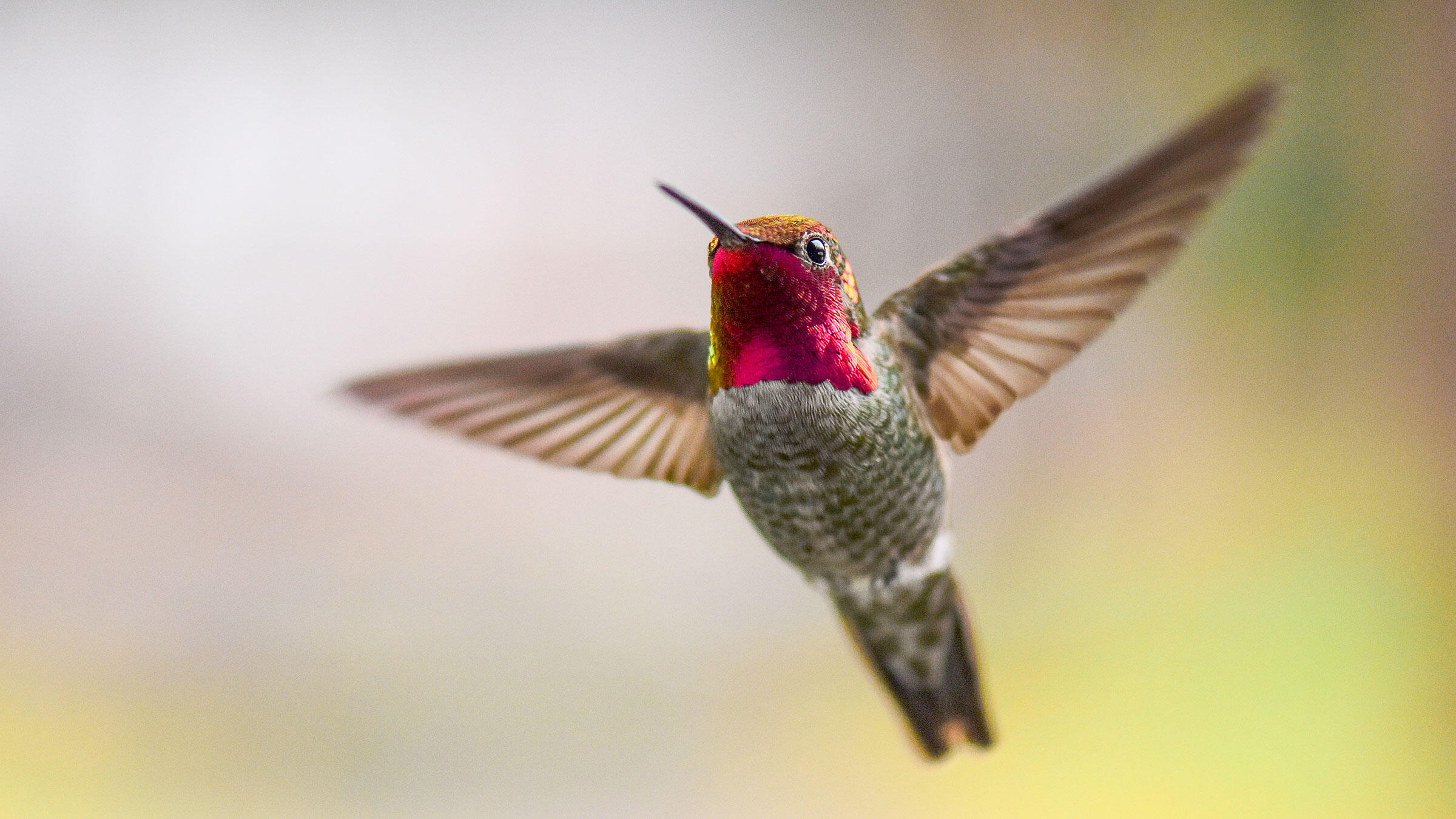 Scientists have discovered that the ultra-fast wing flapping of hummingbirds is the source of their characteristic humming sound. There are specific aerodynamics at play which creates the sound that is distinct from other birds and insects.

When talking about the sounds that birds make it is usually the bird call that is discussed. What fascinates bird lovers about the hummingbird is not their chirp but their hum.

Discover more about the special sounds of a hummingbirds, how it works and why they do it.

Why Do Hummingbirds Make a Humming Sound?

The humming sound of hummingbirds is created by the distinct movement of their wings. As of yet, it is still unclear whether the sound serves a function in itself but we now know what exactly creates the hum.

What Part of a Hummingbird Makes the Humming Sound?

Like with most birds and insects, the sound that we hear flying around us is the sound of their wings. Each specific wing shape and movement pattern creates a different sound.

For example, mosquitoes and flies create a buzzing sound. How high pitched that buzz sound is depends on how fast or slow they flap their wings.

Most birds are virtually silent in flight and this is also because of the aerodynamics of their wings. At most, you hear a slight whooshing sound which is the sound of air lifting them up.

Unlike other bird species that build lift only once per wingbeat, the hummingbird is capable of creating lift twice per wingbeat. It is this difference in pressures that develops the characteristic hum.

The rapid wing flapping is not the only reason for the hum, though. After all, many flying insects flap their wings much faster but are known for very different sounds compared to the hummingbird.

This is because of the different movement patterns. Hummingbirds move their wings in a u-shape which creates the sound frequency between 40 Hz – 80 Hz that is pleasant to human ears.

Do All Hummingbirds Sound the Same?

Although the general wing movement is almost identical in all hummingbird species, the exact hum timbre may differ per species. This is because the wings are not the only thing that creates a sound.

The shape of the hummingbird tail also affects the sound that we hear. For example, Anna’s Hummingbirds have a shriller sound than Scissors Tail Hummingbirds. 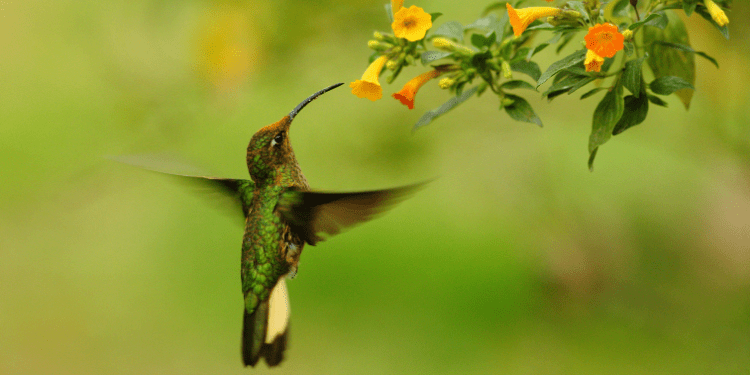 The Advantage of How Hummingbirds Fly

So far, it seems that the sound of a hummingbird is just a byproduct of their movement. However, there is an important evolutionary function to their rapid wing movement.

Hummingbirds can flap their wings anywhere between 20 – 80 times per second, unrivalled by other bird species. This extremely rapid motion is what lets them hover to suck nectar from flowers.

Imagine yourself swimming upright. The slower you move, the more noticeable the bobbing up and down in the water.

In contrast, faster arm and leg movement makes it feel like you are bobbing less in the water because you are counteracting the force of gravity. This is very similar to how a hummingbird hovers, except they do it while flying in the air.

The scientific research team that discovered the exact source of the hummingbird sound also came to a different conclusion. By examining the aerodynamics of hummingbird flight, they might come up with a solution to help drones fly more quietly.

At this moment, drones are so loud because it creates the same wing movement as helicopters. Perhaps in the future, a more natural wing motion could make drones less noisy.

Do Hummingbirds Make a Buzzing Sound?

Hummingbirds don’t create a buzz like bees but rather a hum, hence their name. The humming sound is created by their specific wing motion shape, frequency and aerodynamics.

Why Do Hummingbirds Buzz You?

Hummingbirds are quite intellectual birds. If you feed them regularly they will start to recognize that you are the bearer of more food. Essentially, they may buzz around you because they recognize you as a food source.

Why Do Hummingbirds Flap Their Wings So Fast?

Hummingbird flap their wings very rapidly so that they can stay in place. The faster wing movement allows for less vertical movement which makes it easier to suck nectar out of flowers.

The recognizable hum of hummingbirds is an effect of how they move their wings. Specifically, it is a combination of their u-shape motion and rapid flapping that creates the distinct sound.

Scientists have not discovered a specific purpose for the sound yet but the wing movement does serve an essential purpose. The unique flight of hummingbirds is what allows them to hover mid-air with minimal vertical movement.

Although all hummingbirds have the hovering in common, the humming sound has more variation. This is because it is not only the wing movement that creates the hum.