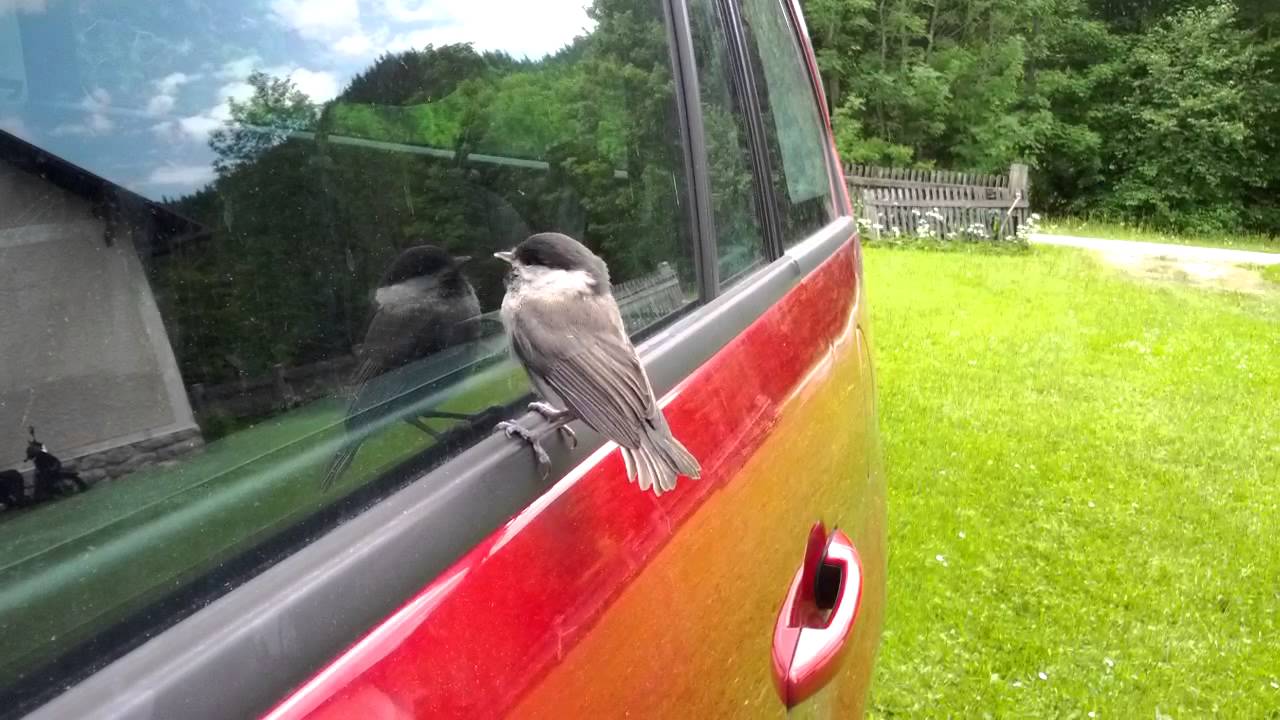 If you’re enjoying a relaxing day it can be quite stressful seeing a bird attacking your windows and it’s not always easy to know what to do for the best. One of the main reasons why birds always peck on windows is because they can see their own reflection.

Many birds are very territorial and when they see themselves reflected in the window, they think it’s another bird trying to invade their territory and their instinct is to attack. They can also be pecking to get bugs out of spider’s webs or out of the window putty.

Some species are more likely to attack your windows than others, and garden birds are by far the main offenders. It can be frightening for you and the bird, so what can you do?

Why do birds always peck on windows?

All birds are different but a lot of species are very territorial. It doesn’t matter how large or small a bird considers their territory to be. If they suddenly come face to face with another bird, they will attack. They don’t realize that the bird reflected in the window is their own reflection – they just see a threat and they will attack to defend their territory. Both American and European robins are highly territorial and as your back garden is usually their territory you may find a robin is one of the worst birds for pecking your windows.

When birds attack, they peck and this is why they peck on your windows: they think they’re fighting another bird.

For a lot of birds, particularly in the breeding season during spring, their territory is centered on their nesting area, and this is often your back yard. For this reason they are more likely to peck your window from May through to early August while they think they are protecting their young. Once the young have grown and fled the nest, the parent will stop pecking and may even fly off to find themselves a new territory to protect.

There is another reason why you may find birds pecking your windows apart from a territorial one: food!

Spiders do like to build cobwebs around windows and these attract all kinds of bugs and insects. You might find that a bird is simply pecking at the spider’s web to get food. They can also peck at the putty around the window frame. Bugs can find their way into small gaps in the putty and birds love bugs. Some window putty also contains oils which attract birds, such as linseed oil and fish oils.

Can birds hurt themselves pecking on a window?

Most of the time, no they don’t. The bird will start pecking and fly away if the reflection moves or disappears. The weather conditions will pay a part in this, particularly the angle of the sun. It may be a problem, however, if the birds reflected rival doesn’t disappear and the bird carries on pecking. Obviously window surfaces are hard and if the bird pecks enough there is the possibility that they could damage their beak.

Then there’s a problem of fatigue. Banging on the window while in flight can be very tiring for a bird if it doesn’t know when to stop.

The danger to your window is minimal, but depending on the size of the bird and the length of time it spends pecking away, it has been known for cracks in the glass to appear.

You don’t want them pecking away at the frame or putty either, as if they do this too much, it can potentially affect the strength of the window.

What can you do?

At first it can be mildly entertaining watching the bird flying around pecking your window but it is not something that you want to encourage over the long term. If you do your best to prevent these window attacks, it is less likely to stress birds out, as they won’t feel there is a predator in their territory.

Here are a few things you can do which might help prevent birds from pecking on your windows.

If the bird can’t see its reflection, it will have nothing to attack. You don’t need to put unsightly covers over all your windows which block out all the light or stop cleaning your windows so they get a film of dirt over them. All you need is something to act as a simple barrier on or in front of the window

This is a lot easier than it sounds, though some of the options may prove to be a little noisy for you. Hanging items outside the window which move and make a noise can be all the deterrent you need.

Wind chimes are a great option but you can also string old CDs together and hang these as well.

If a bird is attacking the putty around your window you may not see this as a problem, but if it is allowed to continue unchecked, it could weaken the putty. Not only that, but the sound of a bird pecking outside the window can be very distracting and annoying.

This one is quite an easy one to solve. Simple masking tape placed over the putty will stop the birds from attacking it, or brush the putty with something to repel birds. Solutions of aluminum or ammonium sulphate can be used and these will keep the birds at bay.

If you want to go for a more long term solution, you could look at swapping the putty for a synthetic putty. These don’t contain the same oils and birds are not so attracted to it.

If the birds are attacking the windows on your car you can’t cover these so what can you do?

If you think about it, there’s a good chance the birds are only pecking the windows when it’s parked outside your home and one of the easiest solutions is to quite simply  move your car. As the bird is protecting its territory, and this is usually the backyard or area around your house, moving your car outside their territory will simply stop the attacks. Sometimes all you need to do is park outside your property during spring.

What not to do