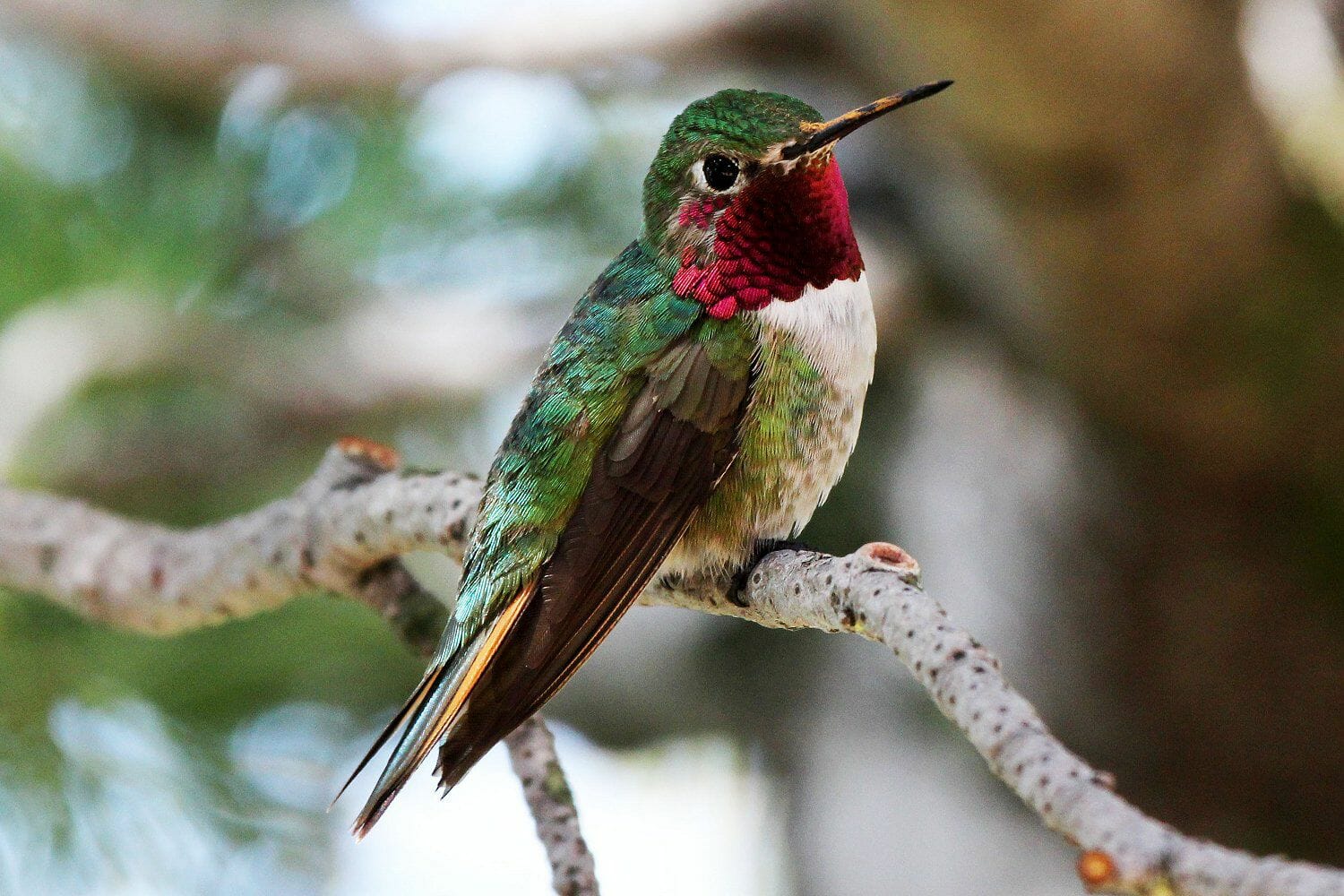 Hummingbirds live in North, Central and South America and parts of the Caribbean. Some species migrate north during the summer for breeding then head back home for the warmer winter months.

Where you can find hummingbirds

Hummers prefer to live in warmer climates, and with over 350 species, they can be found spread through North and South America and the Caribbean. They prefer the western part of the Americas and their range is quite impressive, from the Rufous hummingbird who can be seen in southern Alaska to the Juan Fernandez Islands where you can find the Green-backed Firecrown.

Not all species can be seen in North America, with some preferring to stay in the south, and approximately 290 of the known species reside in South America, mainly in Ecuador and Colombia. In fact Ecuador is home to more species than any other country, with over 160 species living there. These hummers generally stay home all year round and cannot be seen migrating to the north.

All hummingbirds are very much creatures of habit and the species who do migrate, return to the same place every year. So let’s look at some of the more common and popular species to find out where hummingbirds come from, and where they go to breed.

In winter they prefer to make their home in Southern Florida, Louisiana and Southern Texas. They also reside in South America, including Panama, Mexico and even the West Indies.

Migration takes them in to the north eastern states and up to Canada.

Their migration takes them on a long flight across the Gulf of Mexico, which requires them to fly non-stop for 20 hours. Some older birds prefer to  travel overland across Mexico.

This is one species of hummingbird which makes its home in North America.

They live on the Pacific Coast and they can be found in:

Like most hummingbirds they tend to stay close to their preferred territory, but Anna’s hummingbirds can even be found in southern Alaska, Saskatchewan, New York, Florida, Louisiana and even Newfoundland.

Until the early 20th century they bred only in Baja and southern California, but they can now be found along the Pacific coasts during migration.

They prefer coastal lowlands and in winter they prefer to spend their time in desert areas. 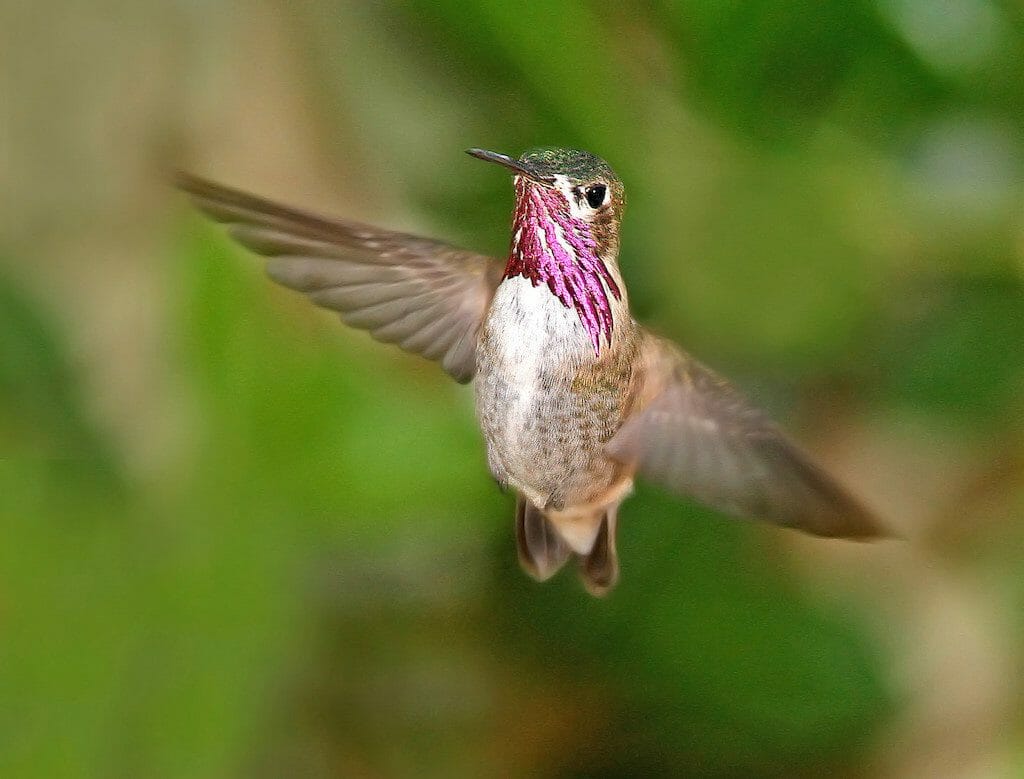 The Calliope hummingbird is the smallest bird found in North America. It prefers mountains and alpine meadows and is most often found in the north west of the USA.

They prefer a warmer climate in winter and spend their time in Mexico, Guatemala and Belize.

In the summer you will find Calliope’s hummingbirds in the mountain regions of the north west, Colorado, Nevada, southern California, Arizona and even as far north as Alaska. In Canada they will got to British Columbia, Alberta and even the Rocky Mountains.

During their migration they travel through Arizona, New Mexico and Northern Mexico. 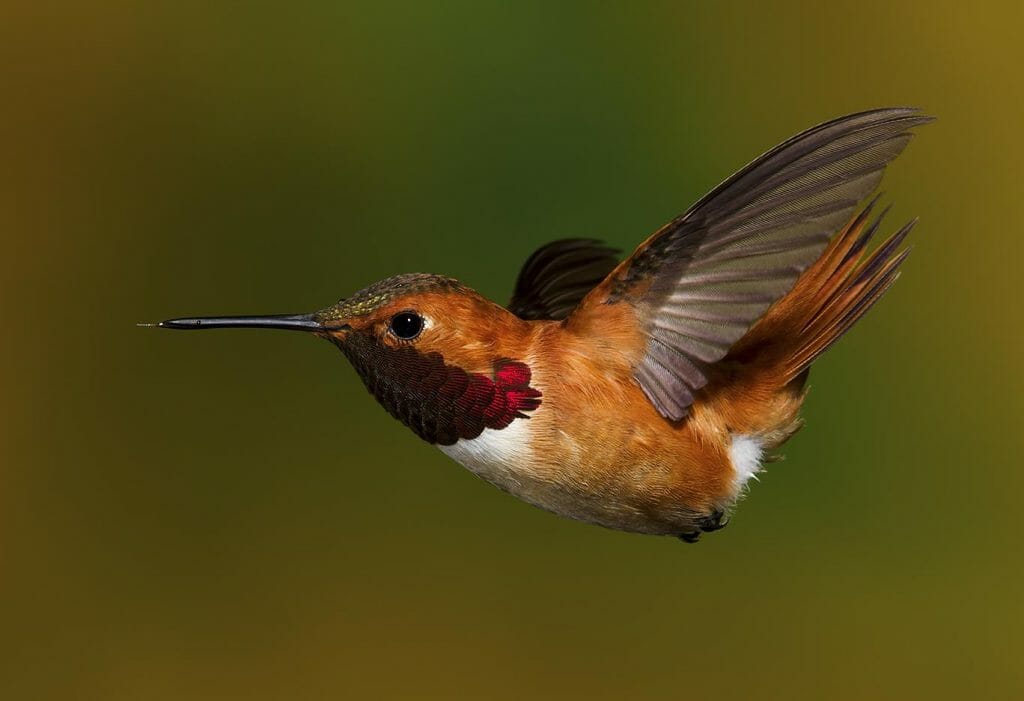 Another hummingbird which favors the western part of the Americas, but their range is quite amazing. Some Rufous hummingbirds can travel 2,000 miles during their migration, which is quite an achievement for such a small bird.

The Rufous hummingbird is most often found in central Mexico during the winter, including Baja, though some can be found along the Gulf Coast and the very south eastern states.

Their breeding takes them all the way up to Alaska, Canada and the Pacific coast of Washing and Oregon.

Their migration is quite a journey. They  can travel all the way to Alaska, and their breeding territories spread through British Columbia, the Pacific North West and down to California. 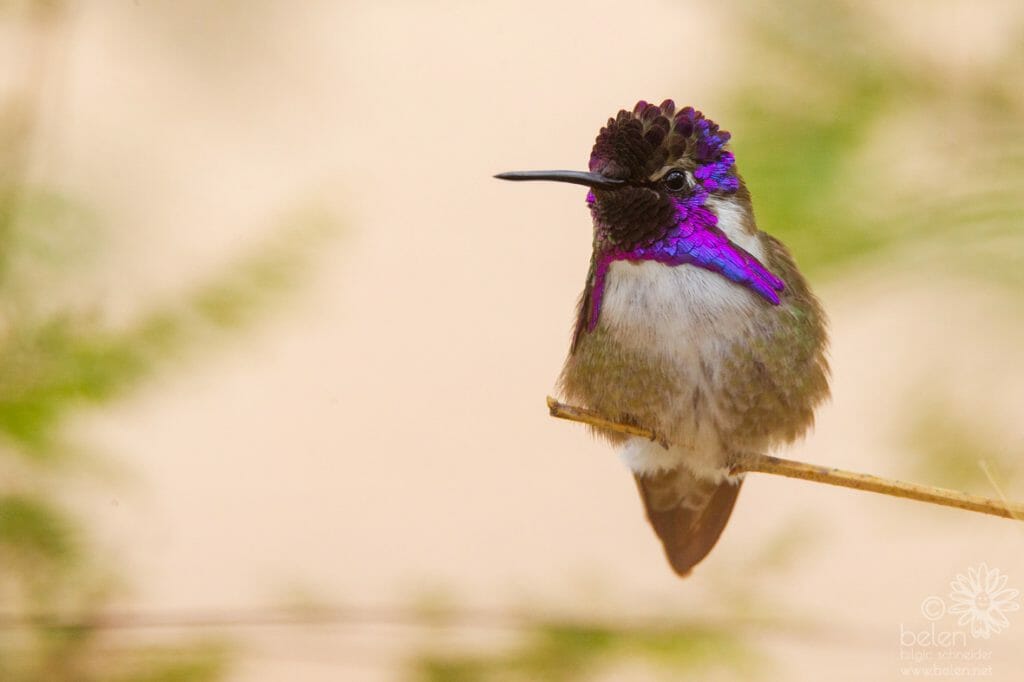 This is another species which can be found all year round in the south western states of the US.

Their territory spans from California and Arizona, to Baja and Mexico. They don’t all migrate with some preferring to stay close to home to breed. Those who do migrate only travel a short distance as they prefer the warmer, temperate climate. 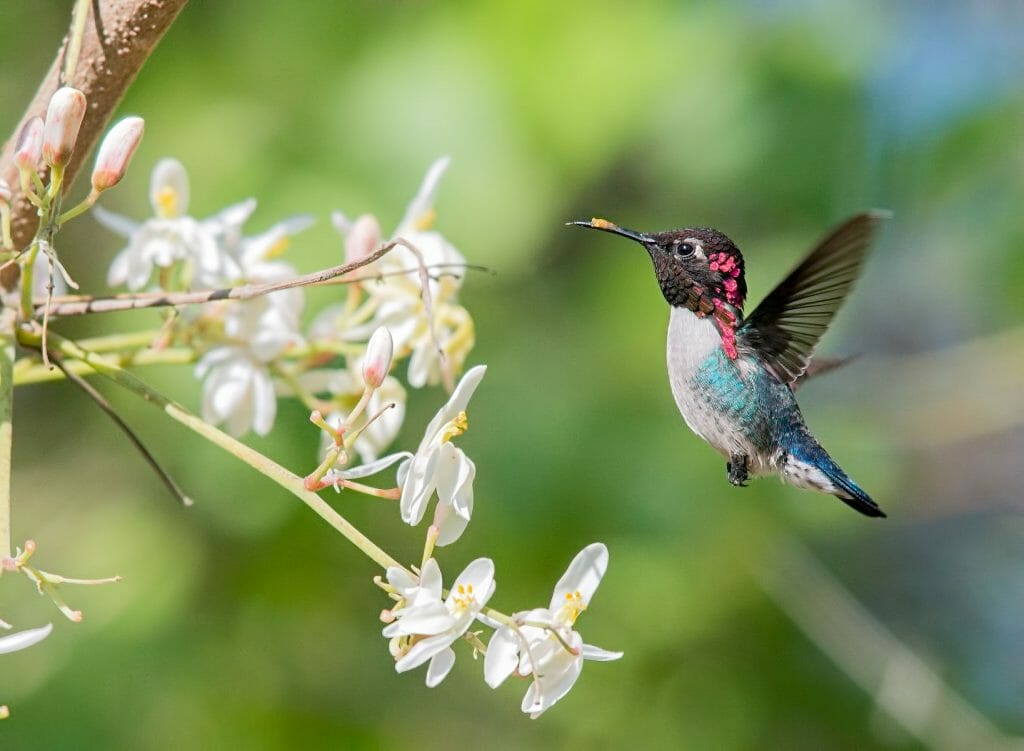 The smallest bird in the World, the bee hummingbird can be found in Cuba and the surrounding area, including the Isla De La Juventud.

They do not migrate and can be found in various terrains, including both high and low altitudes. They live in all environments in Cuba, including swamps, coastal areas and even in gardens with hummingbird feeders.