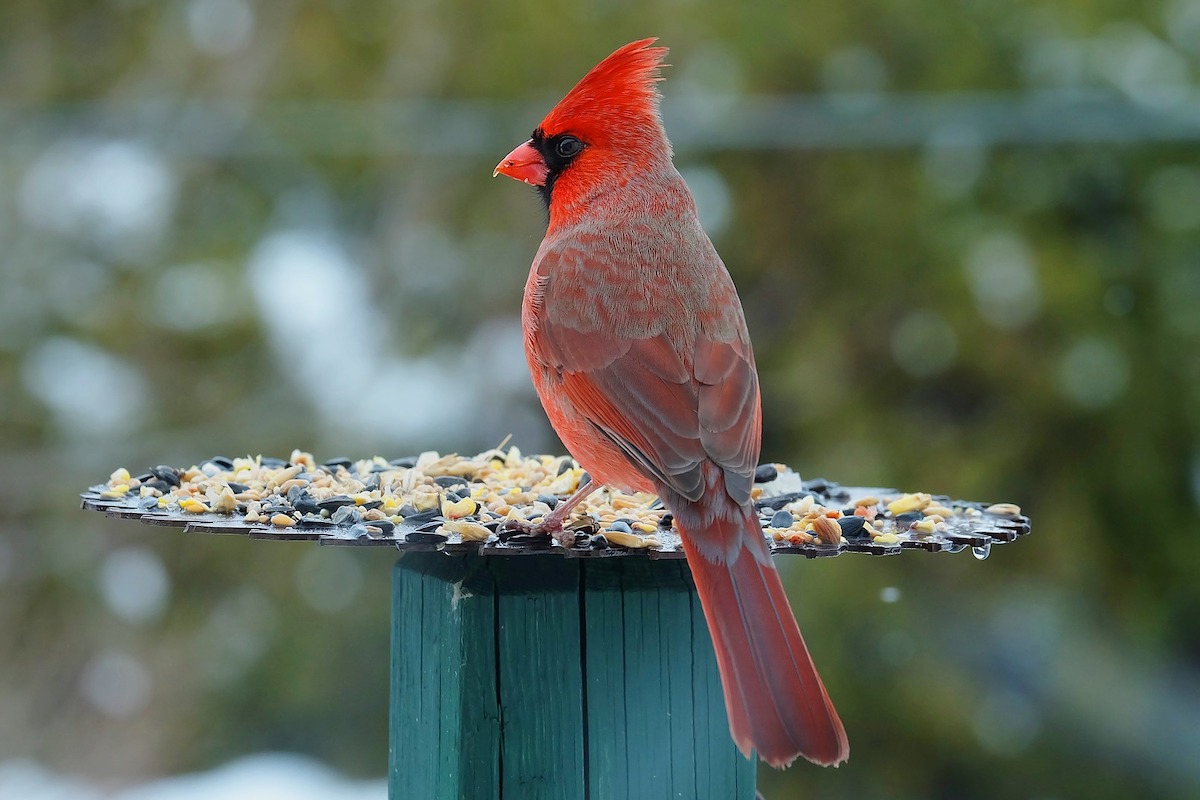 It seems that you can’t turn on the TV or look at a news report without coming across another beautiful and fascinating species that calls our planet home listed as being endangered. As birdwatchers we have a strong love for all species of our feathered friends. However, there is one that has a special place in the heart of most birders and that is the cardinal.

There have been surveys to suggest that cardinals are one of the main reasons why people gain an interest in taking up the hobby of birdwatching in the first place. That’s certainly why I did, as I have mentioned a few times here at BirdWatchingBuzz.

Which is why you may be wondering as I was before I investigated the subject further, if the cardinal was endangered.

Are They Classified as Endangered?

With regards to the northern cardinal, those you are most likely to see in our neck of the woods, they are not considered either endangered or threatened. (Unlike the Yellow Cardinal Gubernatrix cristata, whose population suffers due to illegal trade of it as a caged bird in its native home of South America.)

However, they do face various hazards, like attacks by feral and outdoor domestic cats, the overuse of various insecticides and various other chemicals. They are also known to suffer from injuries and death due to window collisions.

As the birds are known to be adaptable and will readily visit cardinal bird feeders wherever they are set up, their range in the north has extended considerably and continues to expand. As a result of birders offering additional food during the wintertime, it often leads to cardinals living in locations that are less hospitable than they are used to.

They still have the Conservation status of Least Concern (Population Stable) as noted by the IUCN Red List.

There is no signs of it reaching the threshold for inclusion as an endangered or threatened species. For that to be the case there would need to be a decrease in the number of cardinals by over 30% over the course of either 10 years or 3 generations.

Are Cardinals a Protected Species?

Although they are not considered endangered or threatened in any way, in the US, the bird is protected under the 1918 Migratory Bird Treaty Act. This ruling also bans them being sold as caged birds. In the US, it is against the law to possess, kiss or take in any way shape or form, cardinals and violation of this ruling could result in a prison sentence of as much as 6 months and a fine of as much as $15,000.

The species also receives protection under the Convention for the Protection of Migratory Birds in Canada.

You may wonder why anyone would want to keep them as an aviary bird, but cardinals are popular for just that in Europe. If you wanted to keep cardinals, you could apply for a special license in your home state to become an official wildlife rehabilitator.

So, although they do face some dangers, there seems to be no stopping everyone’s favorite vibrantly red and handsome cardinal.