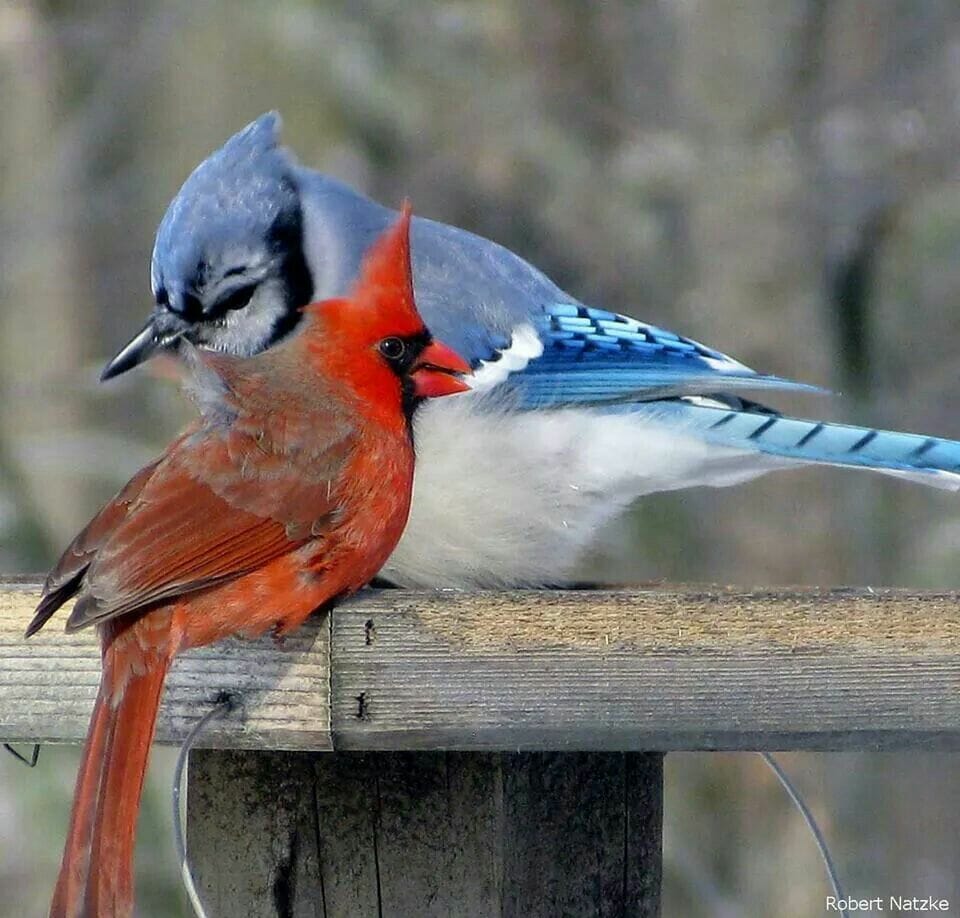 The more years I spend birdwatching and researching this hobby of mine, the more I realize how hard it can be to accurately identify birds in the wild.

The above question is one that is asked a lot in forums, on sites and in birdwatching and wildlife magazines. Perhaps you thought you saw a blue cardinal sitting on your cardinal bird feeder.

Well, what’s the answer? Surely cardinals are red, except for the Yellow Cardinal (Gubernatrix cristata) and those of the northern cardinal variety that are suffering from xanthochroism. I mean, that’s why cardinals are called cardinals, because of their redness.

We could leave it there, but for the sake of clarities sake, let’s briefly break down the different types of cardinals you can come across. Perhaps one of those is blue… (okay, they aren’t but still, let’s humor those who may still be convinced otherwise)

Perching songbirds, cardinals are found throughout both North and South America. There are only three genuine cardinals that make up the Cardinalis genus. Though birds from a different genus but same family often get grouped as cardinals.

Cardinals have strong seed-biting beaks and the males and females have distinctly different colorations. While most cardinals are not threatened and in plentiful supply, there are some that are on the edge of being endangered.

The first we want to discuss, for instance, like we noted above, is known as a cardinal, even if it is not part of the Cardinalis genus. Paroaria Coronata, as its also known, is a native of the southernmost part of South America but has been introduced successfully to semi-tropical and tropical areas like Puerto Rico and Hawaii.

They most commonly eat seeds but will also eat small insects and arthropods that are close to the ground. It is because of their stunning red crest that is the same as other “cardinals” which is why they are called cardinals.

However, they do not have the same vibrant red throughout and have white breasts and gray backs. 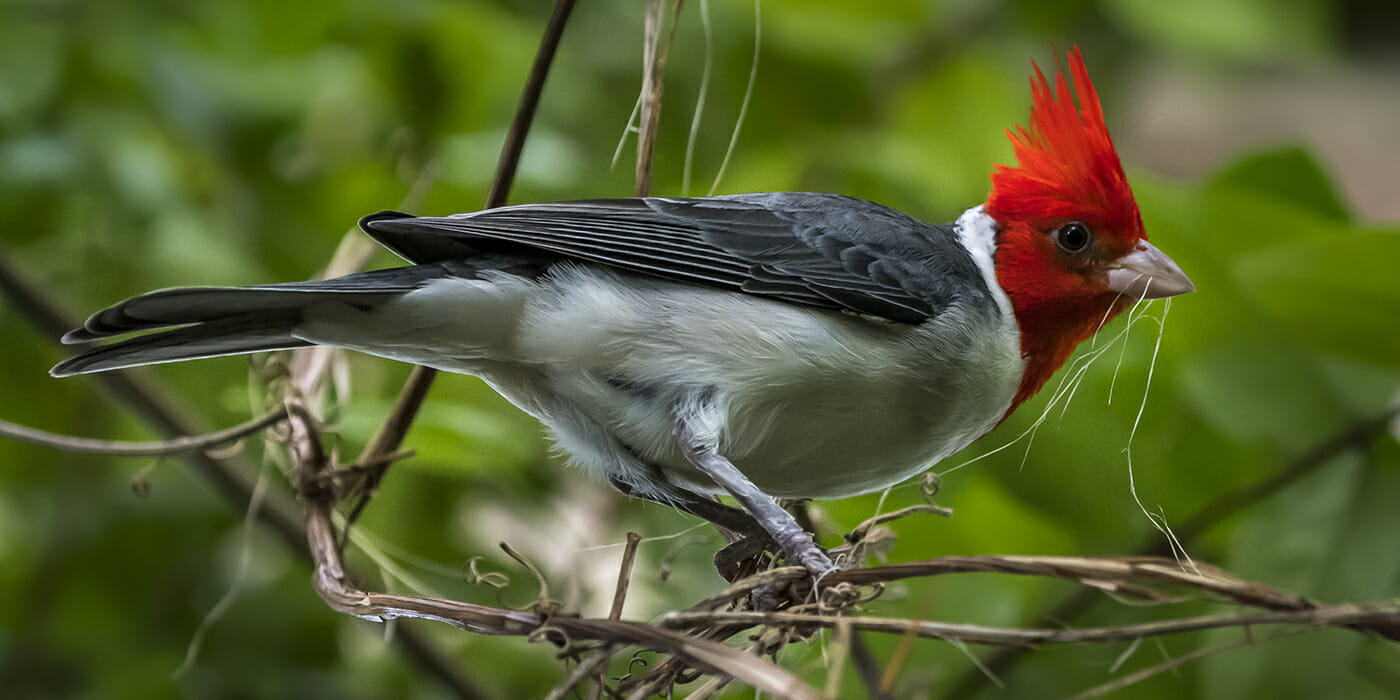 This is a medium-sized member of the Cardinalis genus and can reach the average length of 8-inches, regardless of whether it’s male or female.

It is native to the arid and dry southwestern region of North American and north Mexico.

This cardinal has a very short bill that is ideal for cracking into dried seeds. The biggest difference between this cardinal and its cousin from the north is its coloration.

They tend to have a more brownish-gray plumage with a red breast similar to that of a robin.

During breeding season, this cardinal is particularly territorial, and males will become very aggressive towards rivals, defending and singing to keep them away from their territory. 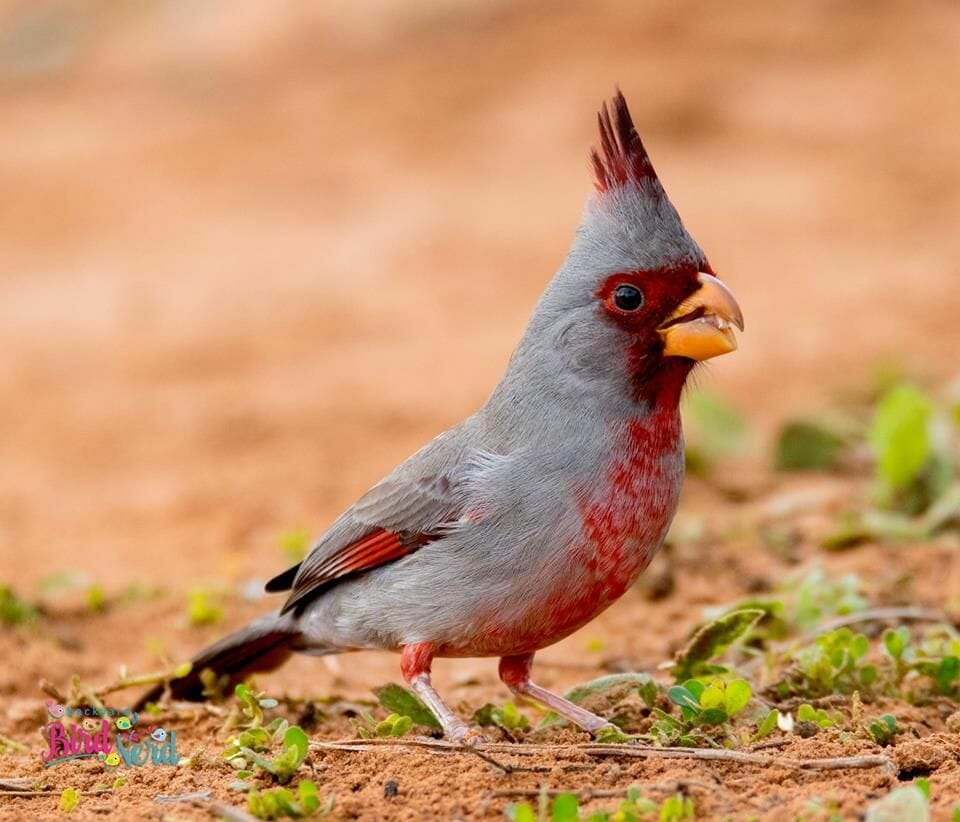 This is undoubtedly the most popular and loved of all cardinals. According to a study conducted by the Lab of Ornithology at Cornell University, the male of this species is the one bird that is more responsible than any for encouraging people to take up birdwatching.

They are top of the list of the birds that made me want to invest in binoculars and a good quality camera, that’s for sure.

Why though? As they are not migratory birds, they can be spotted and observed throughout the year.

As they have that very distinctive and utterly captivating red coloration, that stands out like a sore thumb against snow-covered environments, they are one of the easiest to observe during wintertime.

Although female cardinals tend to have a much duller coloration with more brown than red, the red is still visible as highlights on their tail, crest and wings. 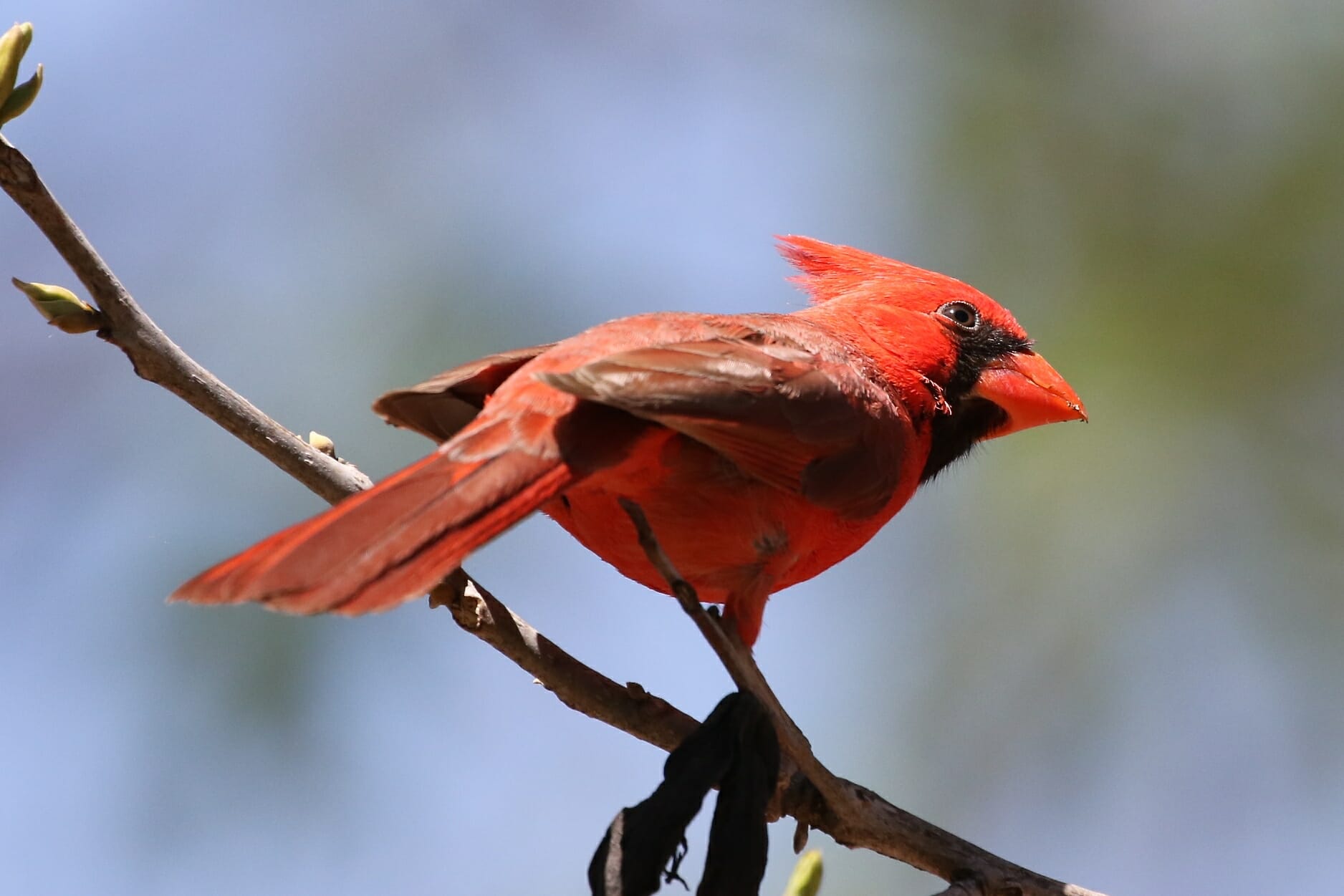 This is the genus Cardinalis member that lives in more southernly areas than the others. It is native to South America’s northern coast, where there are subtropical areas and extremely dry scrub deserts. You will find them mostly in Columbia and Venezuela.

They share similarities with their northern cousins in that the males sing a similar sounding song at the break of morning to mark their territory. Vermilions are the cardinals with the brightest coloration of them all.

The male vermilion cardinal has a bright rose-red tone, they also have the longest variety of the crest that is common in all cardinals. 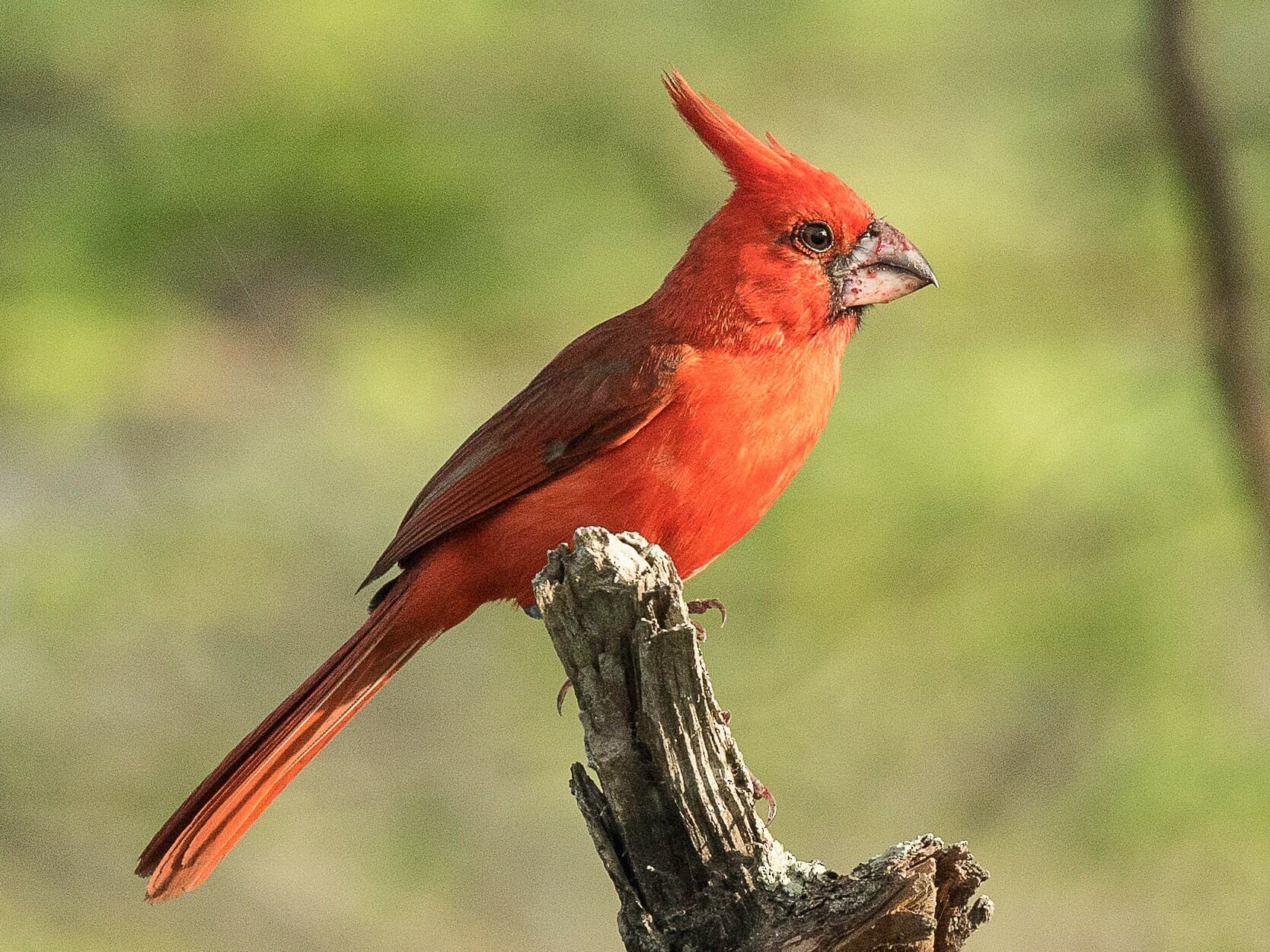 Did you spot the blue cardinal in the selection above? Neither did I. That’s because they don’t exist.