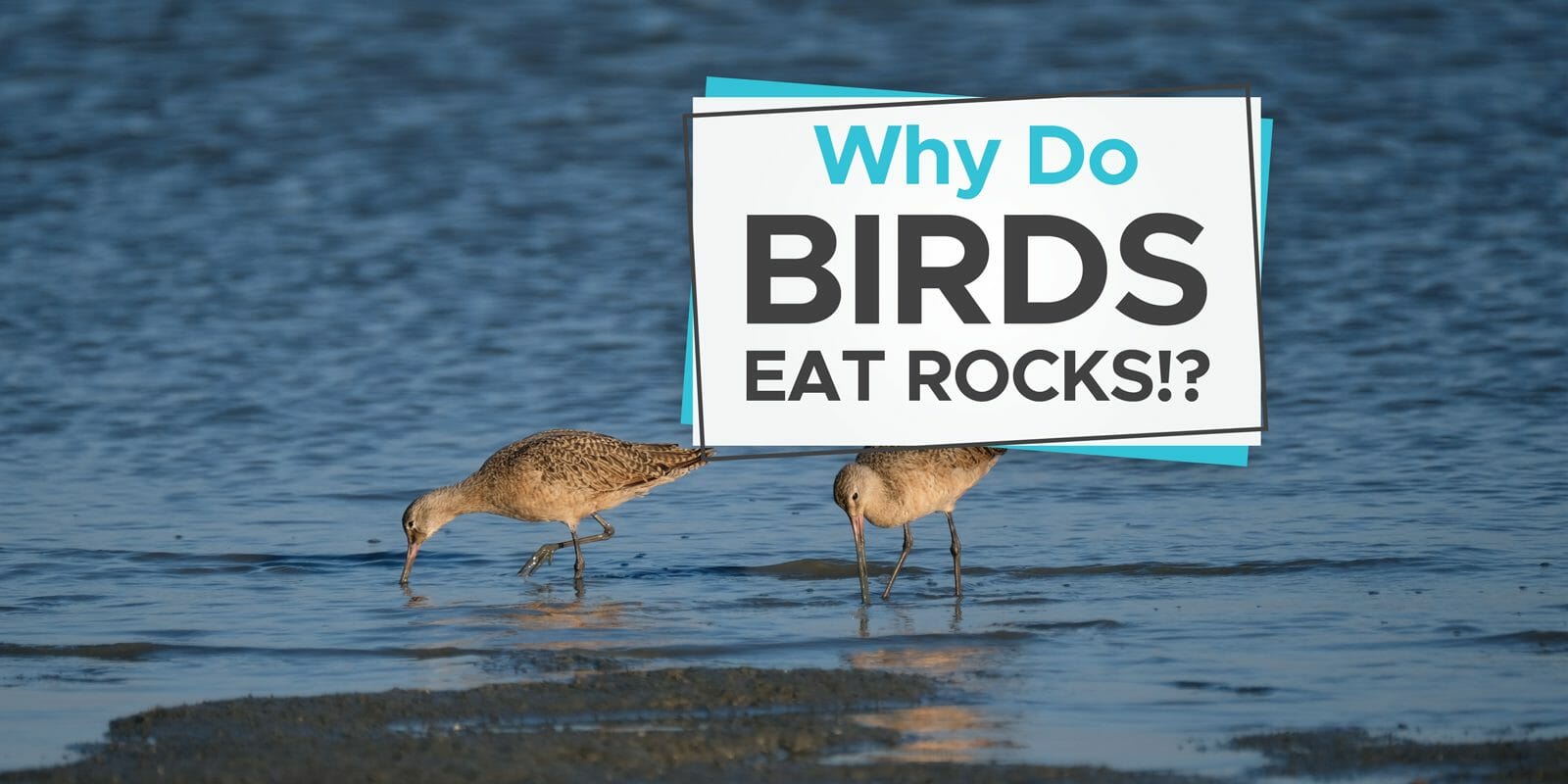 Many people are not aware that apart from seeds, nuts, insects, fruit and berries, birds can also eat rocks and pebbles. Have you ever witnessed this phenomenon and wondered why birds eat rocks?

Primarily, many birds will eat rocks to help with their digestion. You see, birds do not have teeth that allows them to chew and break down their food before swallowing it. Therefore, many types of food, like nuts and seeds, have to be swallowed whole. The bird then uses the rocks that it’s swallowed to grind up the food in its gizzard to extract the nutrients.

Let’s discuss this in more detail so that you can understand how birds digest their food.

How Birds Use Rocks To Digest Their Food

First of all, birds don’t actually eat the rocks, they just swallow them. These rocks or pebbles then go into the bird’s gizzard to create what is called a gastrolith.

The gizzard is also commonly referred to as avian teeth because its function is similar to the function of teeth in animals that have these. With the help of the rocks, the gizzard can break down larger food particles into smaller ones that can be digested.

When birds swallow morsels of food, these get stored in the crop. This crop is part of the bird’s esophagus. The next stage of the journey involves the food moving into the proventriculus. This is where digestive enzymes and acids reside to help to start the digestion process. This is very similar to the stomach in humans.

The food, along with some of the digestive acids, then moves down into the gizzard for further breaking down.

The bird will then swallow some rocks that are also collected in the gizzard. The gizzard then uses muscle contractions and grinds the stones against the food morsels in order to break them down. It’s very much how we grind up seeds in a mortar and pestle.

Once the food has been ground down sufficiently by the action of the stones in the gizzard, it gets passed down into the stomach where the acids contained herein will continue to digest the food.

Even more interesting is the fact that once the stones lose their sharp edges, the bird will vomit them up and replace them with sharp ones. 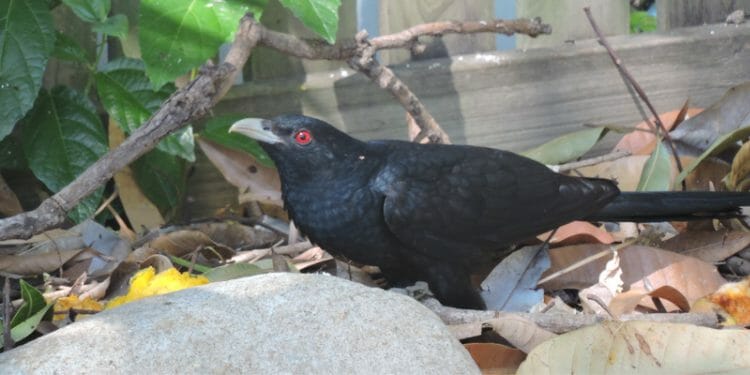 Do Only Birds Have Gizzards?

There are in fact, many other living creatures that also have gizzards. These include dinosaurs, earthworms, crustaceans and fish. So basically, many animals that don’t have teeth, actually have gizzards to help with the digestion process.

How The Gizzard Works

Within the gizzard, adjacent to the outer layer, there is a mass of very powerful muscles. The inner surface of the gizzard is made up of a number of ridges supported by a rough textured surface that is comprised of keratin.

This surface must be able to withstand the highly acid solution of Pepsin and Hydrochloric acid that enters with the food particles from the proventriculus. The keratin material on the rough texture will eventually wear down and is then replaced by new material that is produced within the gizzard.

Even though the muscles within the gizzard are very powerful, they’re not strong enough to effectively break down the food. This is why birds will swallow rocks and grit to help with the grinding down process.

Birds that have a diet high in seeds and nuts, such as ducks, chickens, grouse, quail, turkeys, emus and doves, have a gizzard that is very thick and muscular.

On the other hand, birds that have a diet consisting of soft fruits, nectar or soft-bodied insects will have a gizzard with rather thin walls. 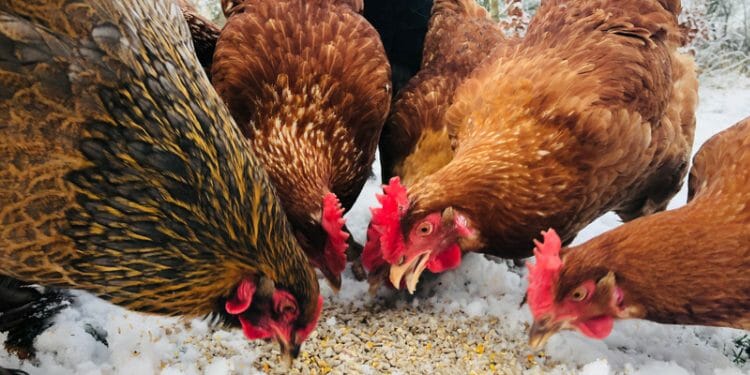 We discussed earlier that the stones that a bird swallows creates a gastrolith within the gizzard. So, what is a gastrolith?

As a matter of fact, a gastrolith is just another term used to describe the stones or pebbles that a bird swallows. The name is a combination of the word “gastro” which is used to describe anything related to the stomach and the Greek word “lith” which means stone.

Therefore, a gastrolith is just a stomach stone.

Do All Birds Eat Stones To Aid In Digestion?

It’s a fact that not all birds swallow stones to aid with their digestion. Birds that have a low fibrous diet only need to swallow small pieces of grit in order to help their gizzard to break down their food.

What Other Animals Swallow Rocks To Aid In Their Digestion?

It’s quite interesting to learn that many reptiles have gizzards, even alligators. This is quite fascinating because alligators also have very sharp teeth.

Not much study has gone into understanding why many sea creatures like sea lions for example, also tend to swallow stones. These animals do not have gizzards, so much more study is needed as to why they need these stones. 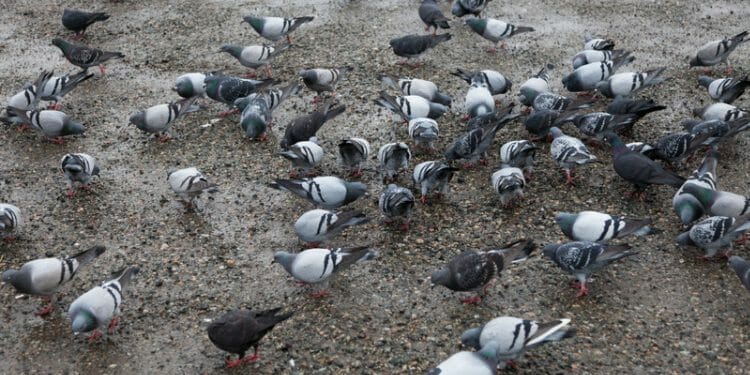 You now have a much better knowledge of why birds eat rocks, stones and pebbles. In fact, they’re not eating them, they’re just swallowing them and moving them down into their gizzard in order to help with the digestion of food.

A bird’s digestive system is very different to a human’s. Primarily because birds don’t have teeth with which they can break their food into easily digestible portions. Therefore, they have a gizzard that is lined with keratin and very strong muscles. With the addition of stones, rocks, pebbles and grit, these all work together to break food particles into tiny pieces that can then travel down into the small intestine to be easily digested.

Even more fascinating is the fact that once the stones in the gizzard become too smooth, the bird will vomit them up and replace them with sharper ones. Birds really are quite unique creatures.