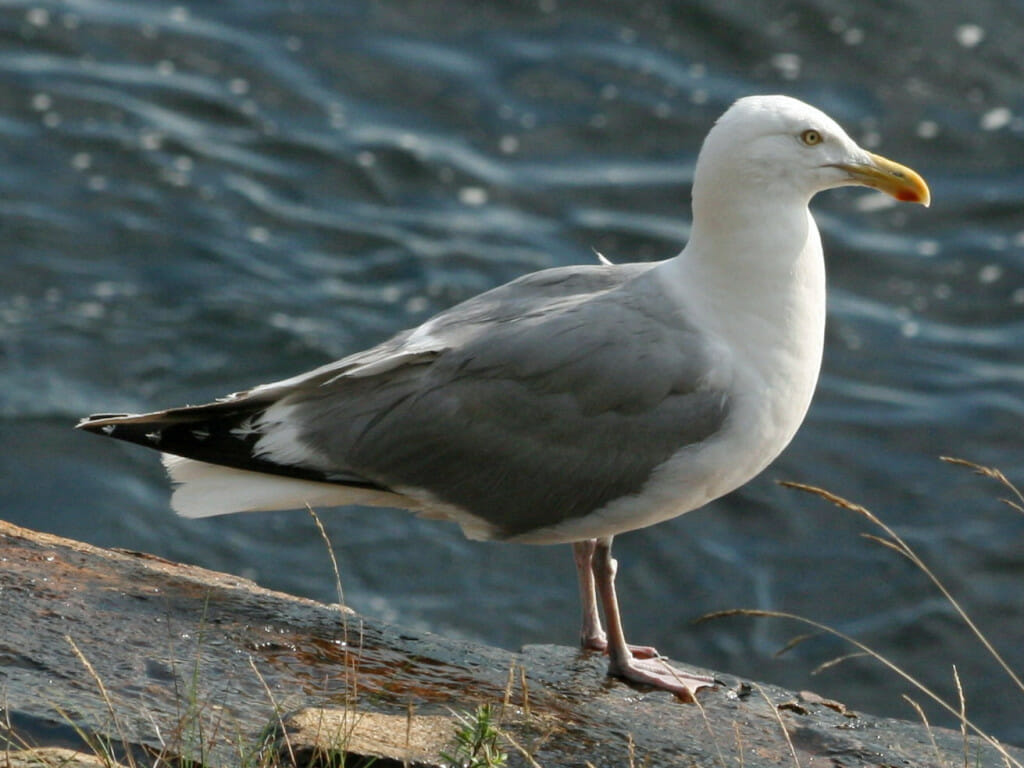 Every country has its own national symbols, be it an animal, or a tree, or mythical creature. Greece has their dolphin. Canada has the North-American beaver, and the U.S. state of Utah is no exception. The national animal of Utah is a bird, and that bird is the Californian gull.

The Californian gull is one of 26 official – and 3 unofficial! – symbols of Utah, and it is the only bird among them. In this text we will see just how great this bird is, we will learn something about its habits in nature, and most importantly, we will find out how it came to be that the California seagull was chosen as the symbol of Utah. And to be completely honest, it’s a darn good story!

About the California Gull

The Latin name for this rather majestic bird is Laruscalifornicus, and it is a part of the Laridae family of birds. It is considered to be a medium-sized type of gull, which means that, compared to its cousin, the herring gull, it is smaller in size, but it is generally larger than the ring-billed gull. This, however, does not mean it is always so – the California gull often overlaps with his aforementioned cousins in terms of size.

How Are They Seen By People

I don’t know if you’ve ever had the chance to see a California gull in flight, but let me tell you: it’s really something you need to see! They are amazing flyers and bona fide aerial acrobats, able to perform some stunning maneuvers in flight!

They can also steady themselves, appearing completely stationary, as if air currents cannot move them for even an inch, and then suddenly, they surge up or down, gracefully riding the currents like the masters of the sky they are. A true poetry in motion! If this piqued your interest and made you want to see a great flock of California gulls in flight, you can do so here.

Generally, the California gull is considered to be a gentle, mild creature, the opinion I myself whole-heartedly support. They show no special antagonism nor fondness when interacting with humans.

The California gull is a migratory bird, which means that when winter comes, they all move towards the Pacific coast, where the climate is warmer. Winter time is the only part of the year when people can see these beautiful birds in the country they gained their names from.

Their nesting and breeding places are in the marshy areas. During the breeding period, you’ll be able to find them in western North America, Canadian Northwestern Territories, eastern California and Colorado. They nest in great colonies, often mixing with other types of birds.

They make their nests by digging holes in the ground, then cover those holes with feathers, grass and other vegetation. The females hatch two or three eggs, but here’s the best part: both of the parents fed and take care of the young! Just imagine: a caring couple of proud gulls taking care of their little ones. I don’t know about you, but I think that’s amazing!

The California gulls are expert foragers, able to pick up objects in-flight just as easily as they do while walking or swimming. They can be found scavenging at garbage dumps close to the docks, but when it comes to food, they favor things they catch, such as insects, smaller fish and eggs.

They are known to land in behind the plows, and then catch and eat the worms and other unearthed insects. Thus, they are widely considered to be beneficial for agriculture. It is their proving of this belief that granted them title of the national bird of Utah.

The Miracle of the Gulls

Now we finally come to the story of the California gull, and that story is called “The Miracle of Gulls”.

The story goes like this. Brigham Young brought the first Mormon settlers to Utah, and founded Salt Lake City. The settling was a success, the people were building their lives there and progressing, the mild winter was good for the crops, and the settlers felt they were blessed. But then, in May, massive swarms of crickets appeared, and the problems began.

Before we continue, please allow me a small digression. The aforementioned crickets are not exactly crickets, they are actually part of the katydid family. They have wings, but are flightless, and periodically advance in great swarms the mountainous regions of Utah and Nevada. Yet, because of this event, they are now commonly known as the Mormon crickets.

The tactic of overwhelming a threat with sheer numbers, the tactic which the crickets use against the helpless Mormon settlers, is all but uncommon in nature. When the predator is faced against a great number of potential pray, there are good chances that at least some of the pray will survive to reproduce.

The Mormons did all they could to protect their crops, but the swarm was seemingly endless. People were scared for their harvest because the unstoppable horde of crickets was eating all their crops and pretty much anything plant or insect that stood in their way, including their own dead! The folk compared this with the Biblical plague of locusts unleashed upon the Egyptians.

The despair was palpable: if the crickets were to eat the crops, there would be barely any supplies to go around, and people would starve. They were praying for help from the bottom of their hearts, and as the story goes, in June 9th 1848, the help came down from the sky. And it came in flocks!

Just imagine: hundreds, no thousands of California gulls just swooping down upon the unsuspecting vermin! The tables now turned. The crickets were now the food for the gulls! It took this legion of gulls entire two weeks to eat all of the crickets, but ultimately, the people saw their crops saved but the miraculous appearance of this wonderful birds.

The people of Salt Lake City never forgot the gulls, and decided to properly honor them. According to the folk tale, the gulls utterly destroyed the insects, thus saving the lives of about 4000 Mormon settlers. In their honor, the grateful folk erected a magnificent monument called The Seagull Monument, placing it in front the Salt Lake Assembly Hall. 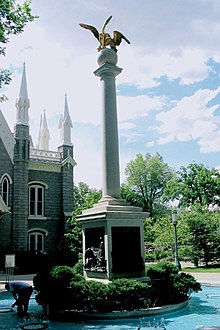 In 1955, by the act of legislation, the California gull became the state bird of the federal state of Utah.

I cannot exactly say they were some sort of cataclysmic evil horde for following their natural instinct, nor can I say that the gulls were sent by some higher power because they knew about the Mormon cricket migration cycle, but to the distressed people, they sure were a blessing!

I cannot stress enough how happy I am to say that the California gull is not an endangered bird species. Sadly, we have had the chance to see some animals go extinct in recent history, so knowing these flying beauties are safe is a great relief. However, it’s the gulls that they’re endangering other species.

Since they moved from their traditional summer nesting area of Mono Lake to the landfills of San Francisco and San Jose, where they have found plenty of food, the huge number of the gulls became a danger for other bird species on this territory. The abundance of food sources made them a bit greed, I dare say, and now they eat not only insects and fish, but also eggs of other birds in the vicinity!

Black-neck stilts, Forster’s and Caspian terns, American avocets – all suffer under the nearly overflowing population of the California gulls. Snowy plover and California least tern are especially endangered, so in order for the authorities to protect them, steps are taken to either reduce the habitat of the gulls, or to disperse their numbers.

Now we know why the California gull proudly stands as the symbol of Utah, and in what way it earned this title. The majestic gulls on the Seagull monument still watch over Salt Lake City, ever vigilant and prepared to guard this city once more should the need arise. Mormon preachers still tell this story and bless their winged rescuers, ever grateful for their timely arrival. And gulls, they are still flying, as proud as the country they stand for.