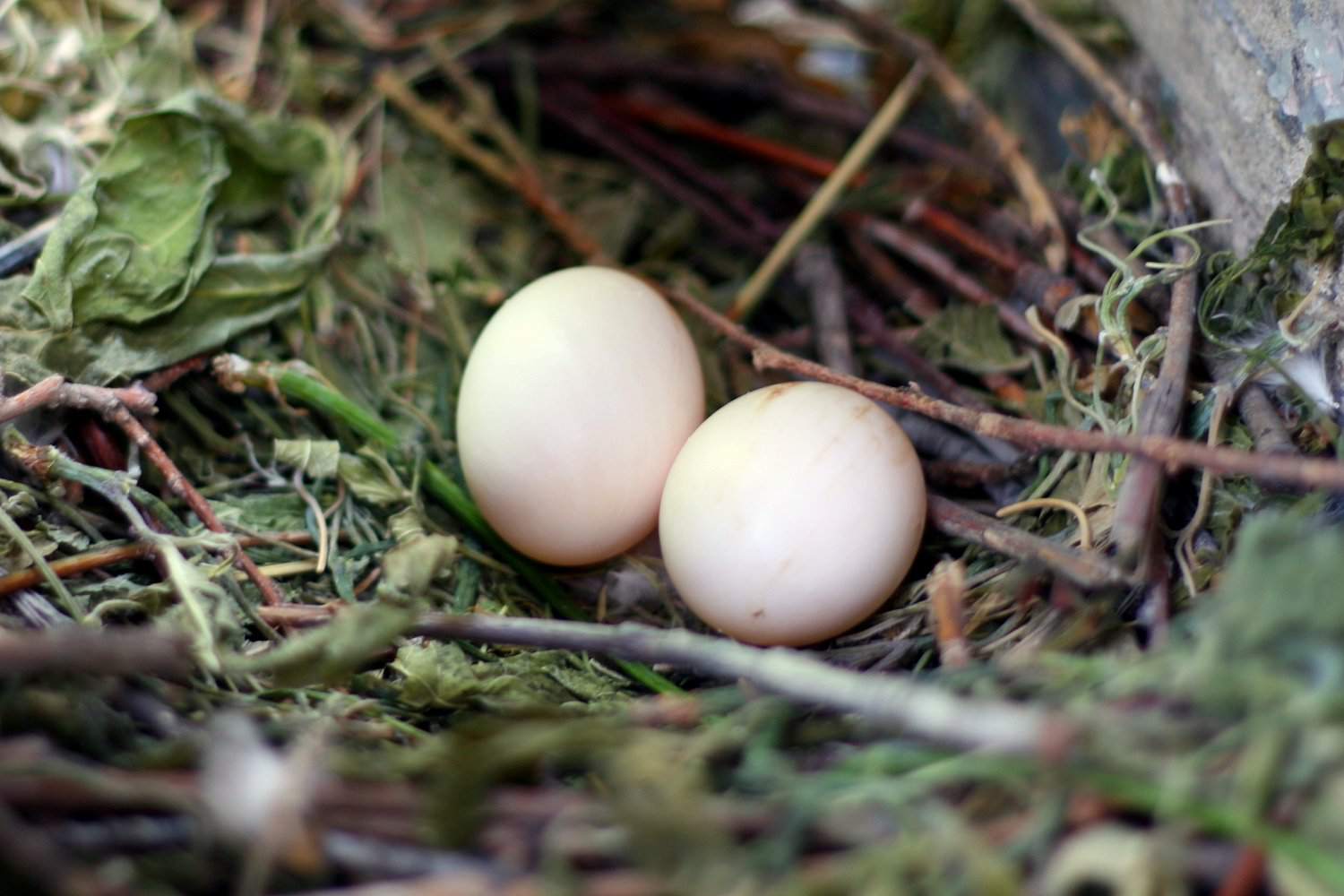 When a bird lays eggs, the incubation period varies quite considerably depending on the species. In most cases it can take anywhere from 10 days to 30 days for the eggs to hatch.

Before the eggs hatch the mother will spend most of their days sitting on the nest while the father provides her with food. There are certain birds who will share the incubation period but it is essential that all eggs are kept warm until they hatch.

Let’s take a look at some of the birds we can see to find out how long each one takes to hatch.

Hummingbirds are possibly one of the most popular birds found in North and South America. They have very strict migration and breeding periods and many birdwatchers know exactly when to set their feeders out and prepare their gardens in order to see them.

There are several species of hummingbird visible but we will just compare two of the most common.

The Ruby Throated Hummingbird migrates during the breeding season and is mostly seen in eastern parts of the United States.

They prefer to live in areas where there are lots of trees and can be found in backyards as well as woodland. They will build a nest on a branch of a large shrub or tree and it can be anything from 5 feet above the ground to 50 feet.

Hummingbird nests are tiny and the Ruby Throated Hummingbird’s is no exception being about 2 inches wide and 1 inch deep. The nest is made from spider silk, thistle, dandelion down and grasses and the outside is finished with lichen, moss and dead leaves. The female builds a nest on her own and building the nest can take from a week to 10 days.

When the nest is ready the female will usually lay two eggs and can sometimes have more than one brood a year. The female can begin building the second nest while she is still feeding her first brood. The eggs are white and only weigh around half a gram and are about the size of a pea.

The female Ruby Throated Hummingbird incubates the eggs on her own usually for 12 to 14 days.

The hatchlings are born with their eyes closed and have no fur except for two streaks of grey down on their back.

Anna’s Hummingbirds are seen along the Pacific coast where they mainly live all year round.

Just like the Ruby Throated Hummingbird, Anna’s Hummingbirds will build a nest on the branch of a large shrub or a tree. The nest is usually 6 to 20 feet off the ground and is close to a source of food, either flowers rich in nectar or a feeder.

The size of the nest will be just 1 inch tall and 1.5 inches wide and it will take the hummer around a week to build. The female builds a nest on her own and uses a mix of spider silk, thistle, cattail, leaves and even small feathers. The outside of the nest is covered with lichen and moss.

The female Anna’s Hummingbird will lay two eggs and can have between 2 to 3 broods each season. The eggs are white and are about the size of a pea.

The female bird incubates the eggs alone for up to 16 days. When the hatchlings are first born they are almost naked but do have some down and their eyes are closed. They rely totally on their mother to feed them.

The Baltimore Oriole is probably the best known of the orioles. During the winter it lives in southern parts of the United States, Mexico and parts of South America. It migrates north during the summer to breed and can be found in mid and mid eastern parts of North America.

These birds prefer to build a nest in the fork of a branch in leafy trees in open wood land or back yards. The female will build a nest while her mate defends their territory.

When finished the nest will hang down from the branch like a small sack and is usually between 3 and 4 inches deep. The nest has a small opening at the top and a larger chamber at the bottom for the eggs.

The nest is made from grass, bark and even horsehair. The Baltimore Oriole has even been known to use twine and other man-made fibers. The nest takes on average one week to build.

The female Baltimore Oriole will lay between 3 and 7 eggs and will only have one brood per season. The eggs will be a pale grey and can be spotted with brown black or even a lavender color.

The eggs are incubated for 11 to 14 days and when born the hatchlings are totally dependent on their parents. Their eyes are closed and they just have a little white down on them.

Canada geese can be found all over North America and in Canada where they go to breed. They can be found anywhere where there is water and food close by.

Their breeding season is between February and April and they build their nests close to water on raised ground. They return each year to the same nesting site and they stay with the same mate for life. They choose a nesting spot which provides them with excellent visibility all around to help them spot any potential predators. The female will mostly build the nest herself but the male will help.

The nest is constructed mainly from plant material such as grasses, lichens, and moss and the inside is lined with down and some of the mothers own feathers.

The female will lay between 2 and 8 eggs which are a creamy white in color.

Incubation lasts 25 to 28 days. The female Canada Goose will sit on the nest of her mate remains close by to protect her and the eggs.

When they are born the hatchlings eyes are open and they are covered in yellow down. They are able to survive up to 2 days on their own without their parents feeding them.

Northern Cardinals are colorful birds found all year round in southern, central and eastern parts of the United States.

They check out a few sites before deciding on the best nesting site and build their nests in forks of branches on vines, shrubs or smaller trees. The nest will be between 5 and 50 feet from the ground.

While the female builds the nest the male helps  by bringing her nesting materials, such as twigs, leaves, bark, roots, grasses and pine needles. It takes between 3 and 9 days to build and when it is finished is it about 2 inches tall and 4 inches wide.

The female bird lays between 2 and 5 eggs and can have up to 2 broods per year. The eggs can be a gray-white or green-white color and have speckles of gray or brown on them.

The incubation period lasts 7 to 13 days and when the babies hatch they have just a few tufts of down and their eyes are closed.

There are many species of woodpecker in Northern America, but the pileated woodpecker is one of the most striking. It can be found in eastern parts of the United States, mid Canada and down the Pacific coast.

Woodpeckers like to build their nests in large or dead trees. Unlike some other birds, the pair will build the nest between them, and will drill directly in to the tree. They create a cavity inside which is lined with wood chips and create an opening at the side. The nest is often between 5 to 50 feet off the ground.

The nest can be 1-2 foot high when it is finished, and it takes them 3 to 6 weeks to construct it.

Pileated woodpeckers have just one brood per season and lay between 3 and 5 eggs which are a plain white in color.

Both male and female birds take it in time to incubate the eggs, which takes 15 to 18 days. When the hatchlings are born, they have no feathers and are totally dependent on their parents.

As we can see, there is quite a difference in the incubation period between different species and it is often down to the female bird to sit on the nest. When they babies are born they don’t all make it to adulthood, but the parents will stay with them at least until they learn to fly.