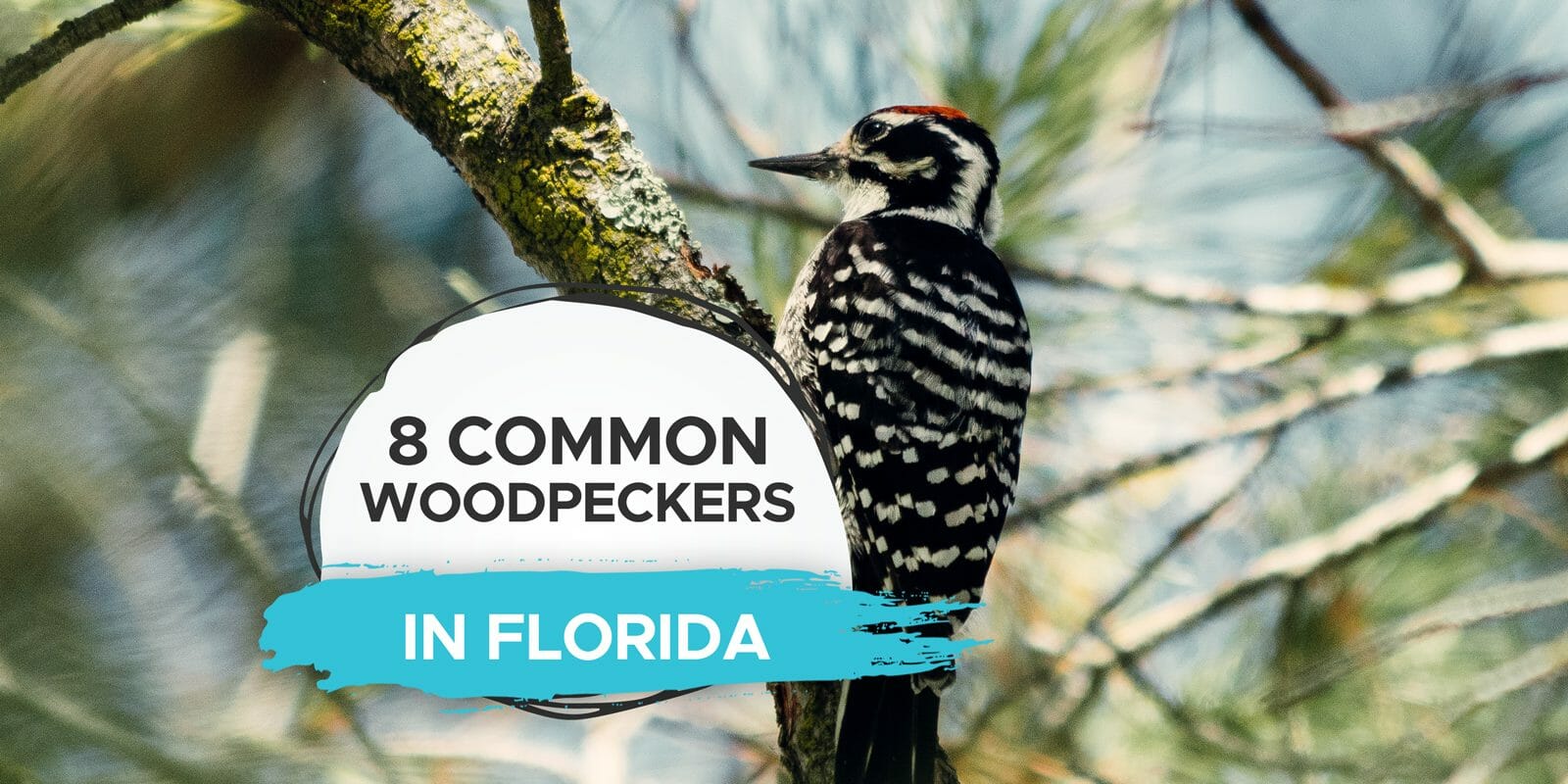 Woodpeckers are fascinating birds to encounter in the wild and there are a variety of species that are commonly found in Florida. They are generally attracted to the pine forests found in the area but sadly, many of these are being cleared which has resulted in a lot of loss of habitat for these birds.

8 Species Of Woodpeckers Commonly Found In Florida All Year Round

Currently, there are 8 species of woodpeckers that you can see in Florida all year round. Plus, there are another 3 species that tend to migrate to this area during the fall and winter.

Here some interesting facts about the woodpeckers that call Florida home. 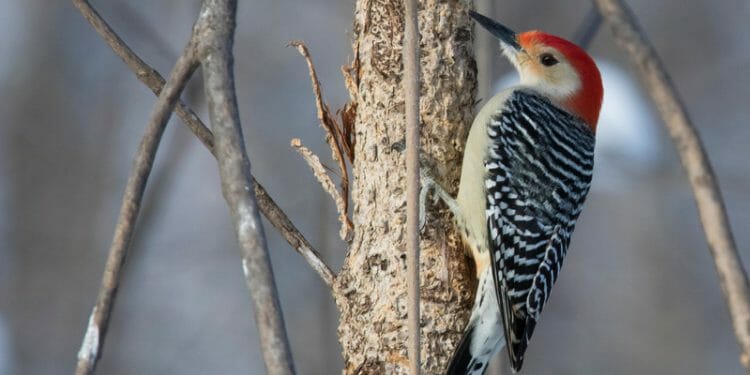 This is probably the most common woodpecker found in Florida. Surprisingly though, it doesn’t have a red belly as the name would suggest. Here are it’s most distinguishing features.

Red-bellied woodpeckers like to live along riverbanks, swamps, deciduous forests, open fields and urban parks. They are also known to visit backyard bird feeders looking for nuts, sunflower seeds and suet. Sometimes, they will gather nuts and seeds from these feeders and stash them in tree crevices for later.

In the wild, their diet consist mainly of insects found under the bark and in crevices of large trees. 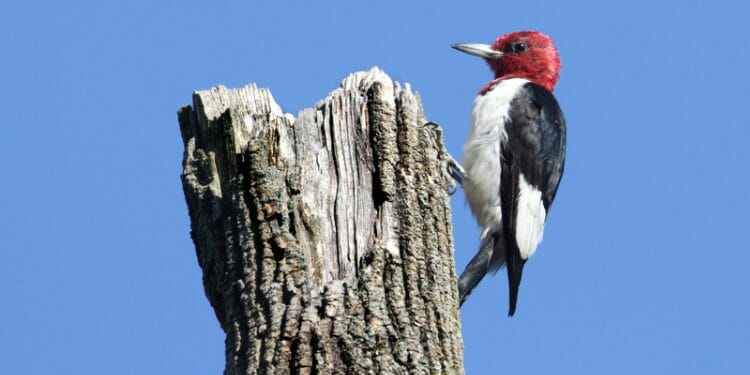 The red-headed woodpecker really does have a red head. Also, both the male and female of the species are identical in plumage. Here are the major identifying features.

Red-headed woodpeckers prefer to live in wetlands and open swamps. Unfortunately, their population seems to be declining because of the removal of dead trees in these areas which they used mainly for their nesting sites.

One of this woodpecker’s favorite food is beech nuts. However, there has been major destruction of the giant beech forests that used to grace the area. In addition, a fungal disease has destroyed almost all the chestnut trees in the area further reducing this bird’s food supply. 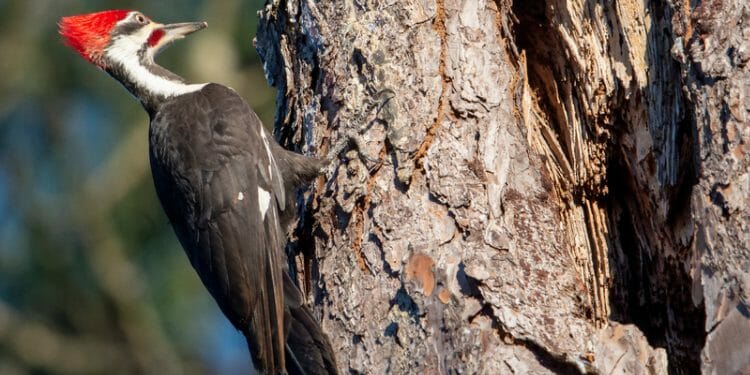 The Pileated woodpecker is the largest of all woodpeckers found in Florida. Apart from their size, here are some other distinguishing features to identify them.

Pileated woodpeckers like to live in mature forests where there are lots of fallen trees. Their diet mainly consists of ants, termites and beetles that bore into the rotting wood. These birds will also feed on nuts and fruits. Find out how to attract pileated woodpeckers to your yard. 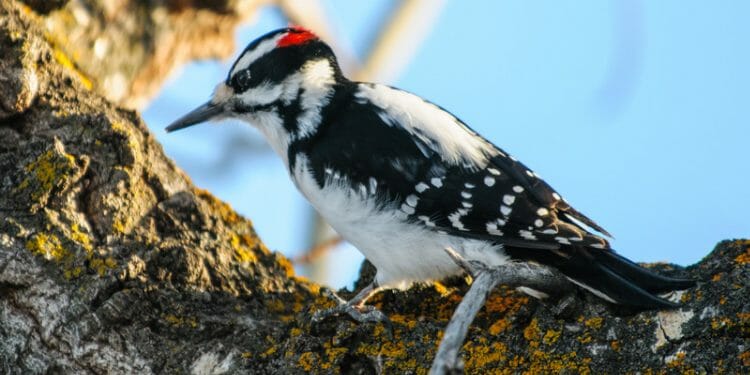 These birds like to live in open forests with deciduous trees. They especially like tall trees. Their diet consists mainly of beetle larvae and ants. They like to bore deep into trees so that they can get the larvae that they enjoy. 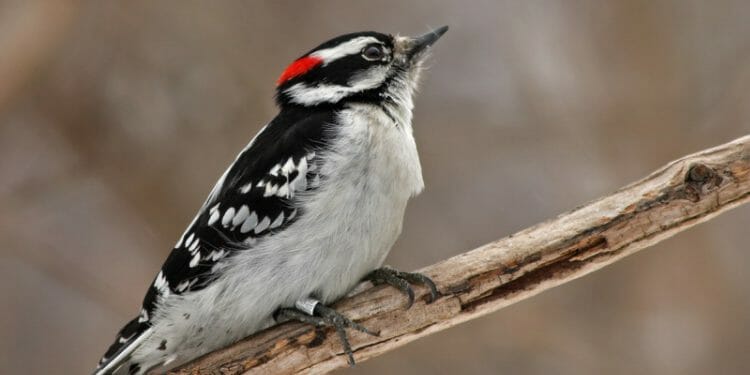 The downy woodpecker is similar to the hairy woodpecker except that it’s a lot smaller. Here’s how to identify this bird.

You’re most likely to find downy woodpeckers at backyard feeders. However, they do like to nest in dead tree cavities. Their diet mainly consists of insects, nuts and berries. They’re also impartial to acorns and grains and can sometimes be seen at hummingbird feeders for a drink. 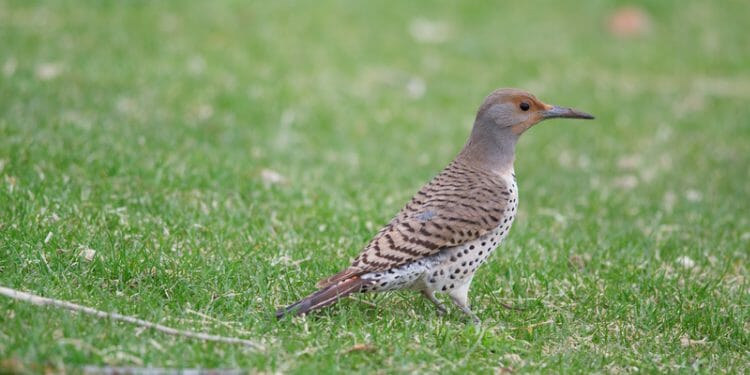 Northern flickers are quite unique among woodpeckers in that they can do some foraging for food on the ground. This allows them to gather up beetles and ants. Here are some identifying features:

As mentioned, Northern Flickers like to forage for their food on the ground. They use the same pecking motion to dig up ants and other insects. They also like to add peanuts, sunflower seeds and suet to their diet if there’s a backyard feeder handy. 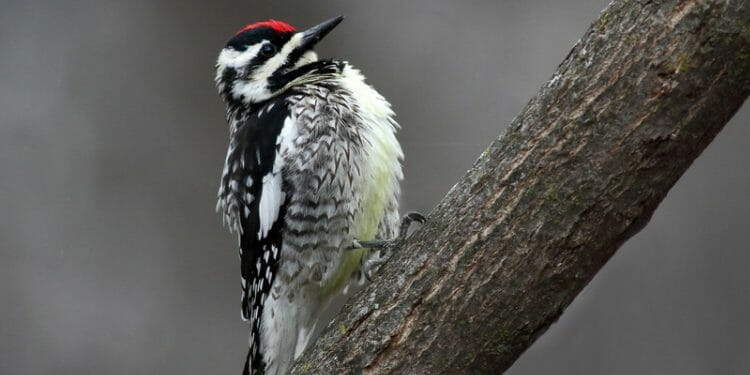 Yellow-bellied sapsuckers do indeed eat sap as the name would suggest. They can be identified by the following features.

These sapsuckers use their beaks to drill holes into large trees such as elms, aspens, maples and birch trees. They then collect the sap with their long tongues. They also like to feast on many different types of insects. 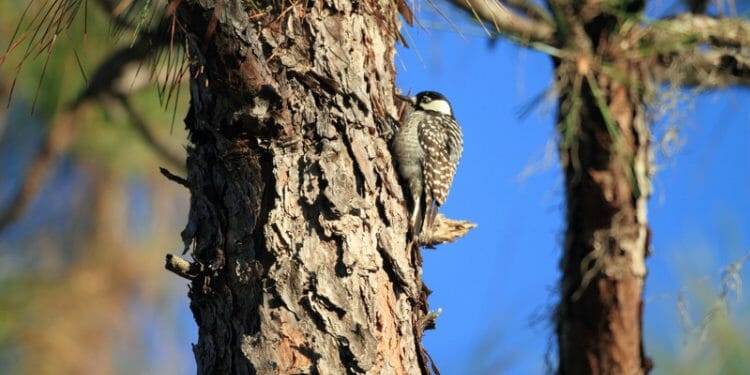 The red-cockaded woodpecker is listed as an endangered species by the U.S. Fish and Wildlife Service. This is mainly due to the loss of their habitat. Here’s how to identify one of these rare birds.

These birds prefer to live in old pine forests which is most likely why they’re on the endangered list. They feed mainly on insects and larvae. They also enjoy pine seeds and many types of fruit and berries.

There are 8 different species of woodpeckers that live in Florida all year round. Most of these birds prefer open forests that have large or fallen trees that they can forage in. Sometimes, you might even see some species, like the downy woodpecker, at your backyard bird feeders.