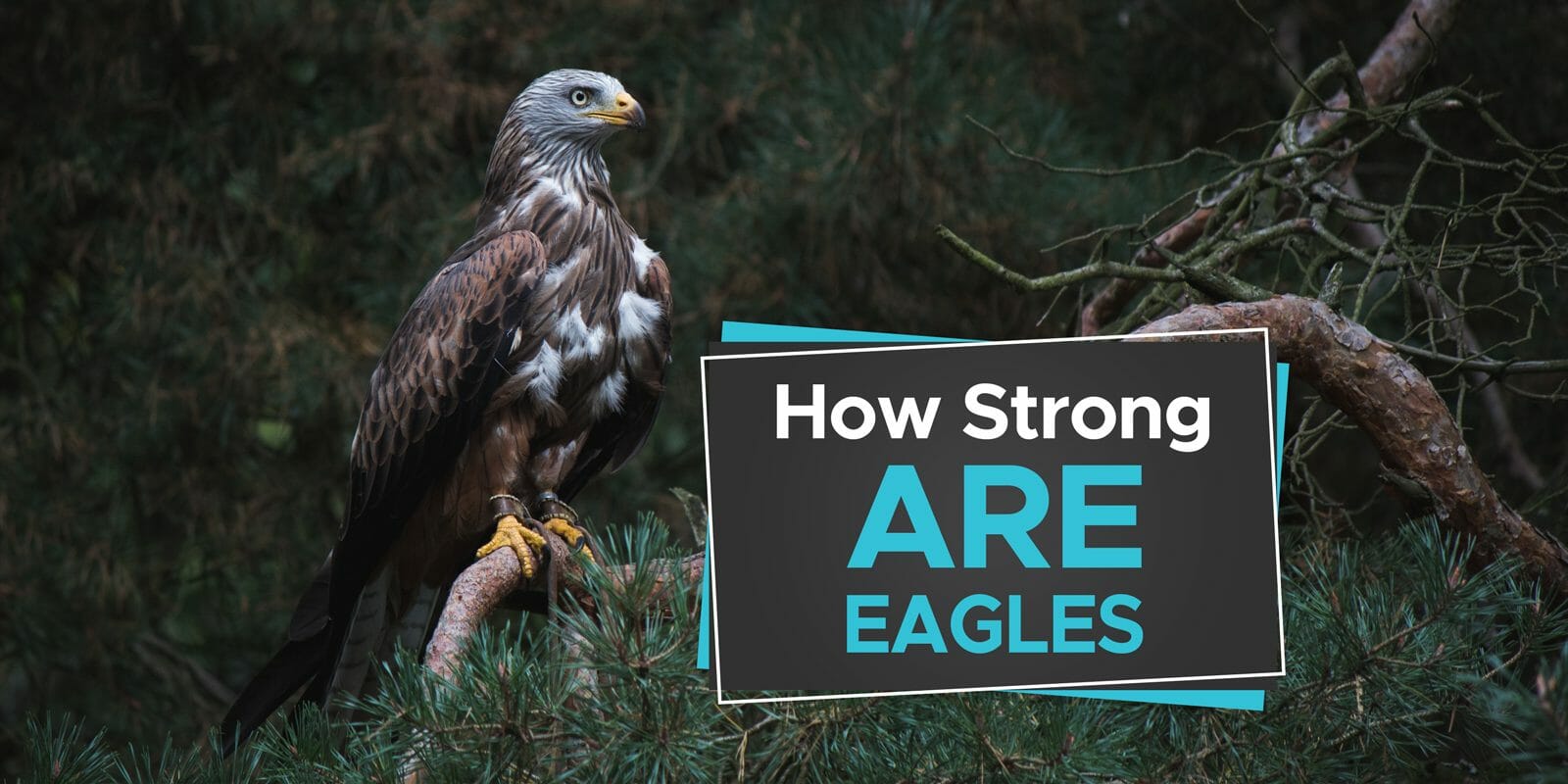 We know that eagles are large powerful birds of prey that rule the skies. They can fly higher than most other birds, see long distances with their amazing eyesight and swoop down to pick up potential prey at fast speeds. But, have you ever wondered how strong an eagle is?

There’s no denying that eagles are indeed strong. Their talons have a most amazing grip that is ten times stronger than the grip of a human hand. Plus, one species of eagle, the harpy eagle, is considered one of the most powerful birds in the world along with the African crowned eagle.

Let’s explore some other interesting facts about the strength of the eagle.

As we know, eagles are quite large birds, so to be able to fly as high as they do, they need to have powerful wings. In fact, the flight muscles in an eagle’s wings often account for half of the total weight of the bird.

This is because an eagle’s bones are actually hollow and filled with air to reduce the weight of the bird. In fact, the average skeleton of a bald eagle may only weigh around half a pound.

An Eagle’s Talons Have A Mighty Grip

According to scientists from an environmental education center in Colorado (HawkQuest), a bald eagle’s grip with its talons is 10 times stronger than the average gripping strength of a human hand.

This gripping strength is due to the powerful leg muscles and the strong bones and tendons. Therefore, when an eagle contracts its leg tendons, the powerful muscles close the bird’s talons around its prey. This allows the eagle to keep its talons closed over a long period of time without losing its grip.

There’s a common misconception that an eagle’s talons actually lock and the bird cannot release them easily. This is simply not true. The bird can release whatever it’s carrying but most often chooses not to.

Interesting Fact
An eagle will not release its prey even when confronted by another bird of prey. It will hang onto its bounty with one foot while fighting off an attacker with the other. 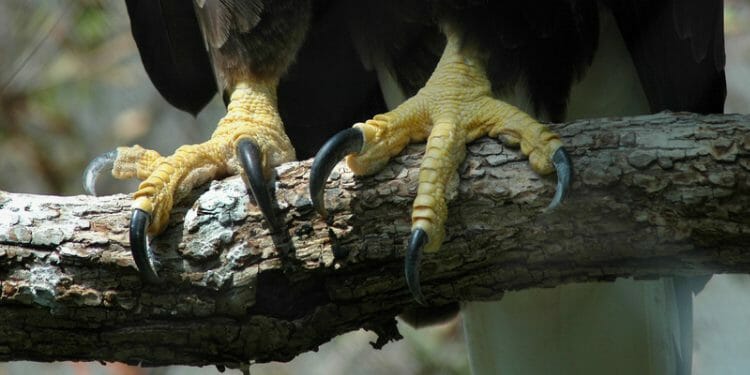 Eagles have incredibly powerful eyesight. Their eyes are 4 to 8 times stronger than the average human eye. They are designed to be able to focus with clarity on things that are a long way away. In fact, an eagle can easily spot possible prey on the ground that is more than 2 miles away.

In addition, eagles have excellent color vision and clarity. Their eyes are around the same size as a human eye and are larger than the eagle’s brain by weight. Plus, during flight, an eagle can constantly adjust the curvature of its eyeballs to maintain its acutely sharp focus.

An eagle will sit quite still high up in the tree tops and constantly scan the countryside below to spot possible prey.

The Strength Of The Harpy Eagle

The harpy eagle lives in Mexico and Central and South America. It weighs around 20 pounds when fully grown and has a wingspan of 6.5 feet. A harpy eagle also has incredibly long and powerful talons measuring around 5 inches in length.

This eagle’s talons are so strong that it can easily crush the bones of its prey instantly. Research has found that a harpy’s talons can exert around 110 pounds of pressure. This is similar to the pressure that a Rottweiler dog can apply with its jaws.

In addition, a harpy eagle can lift and carry off prey that weighs around 17 pounds. Bear in mind that this is only possible when the eagle is in full flight and swooping down to pick up its prey. It’s much harder for any eagle to pick up heavier prey from a standing position on the ground. 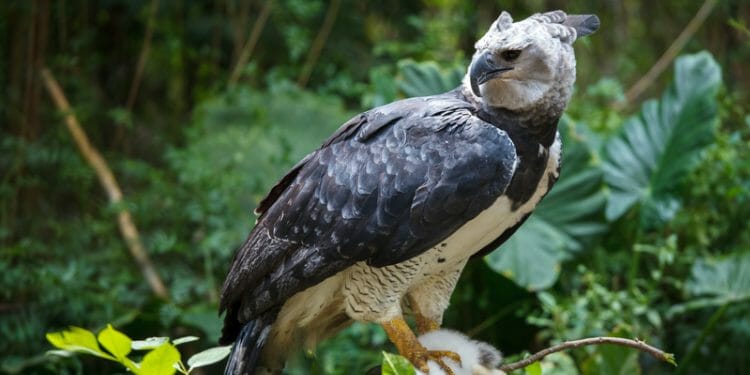 Bald Eagle Vs Golden Eagle: Which One Is Stronger?

Even though they are larger, bald eagles are not as agile as golden eagles. However, their beaks are more powerful as they have strong jaw muscles.

This would indicate that golden eagles are definitely stronger than bald eagles. Especially when it comes to crushing their prey.

How much can an eagle lift?

Most eagles can only lift a weight of around four to five pounds.

Can an eagle carry a human?

Definitely not. Humans are far too heavy for even the largest eagle to carry.

Is the eagle the strongest bird?

The world’s most powerful bird of prey is the harpy eagle. However, it only weighs 20 pounds.

Which is more powerful, the hawk or the eagle?

Generally, eagles are stronger than hawks. This is mainly due to the fact that they are larger birds.

Eagles are indeed, strong and powerful birds of prey. In fact, the harpy eagle is considered one of the strongest birds in the world. Their strength comes mainly from their powerful talons and massive wings.

An eagle has around 10 times more gripping power in its large talons than a human hand. Plus, an eagle’s powerful wings allow it to fly higher up in the sky than most other birds. Some eagles can even lift prey that is almost as heavy as they are.