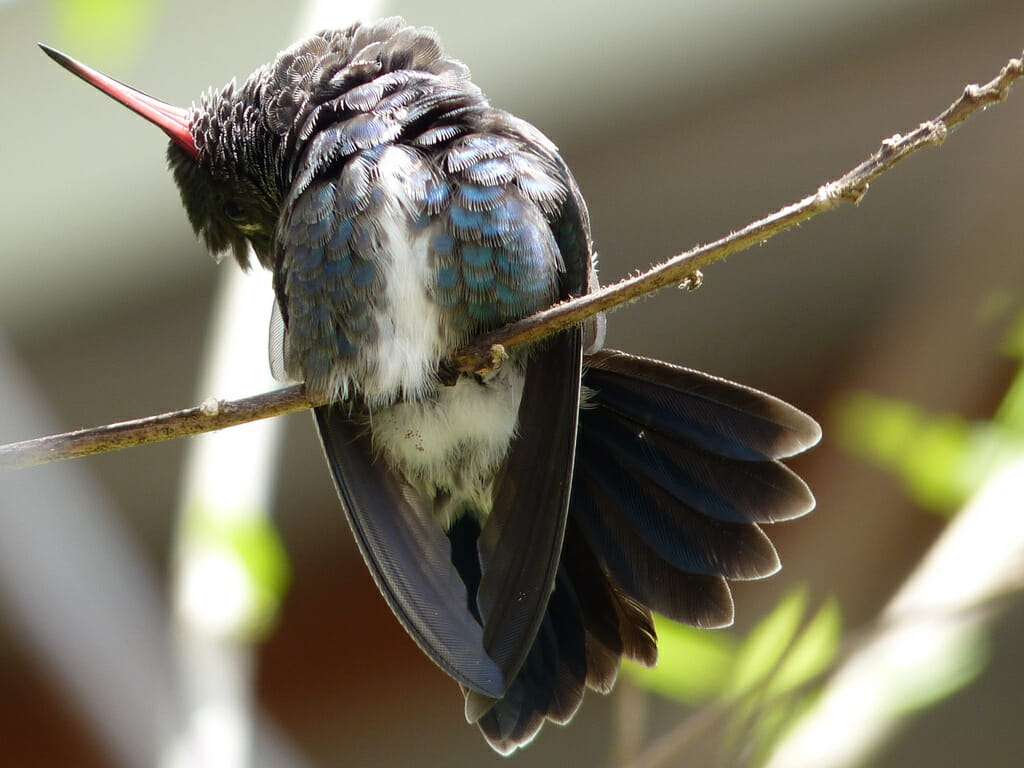 Hummingbirds use up so much energy in the course of the day that they must rest during the night. They have developed their own system of sleep to help them use as little energy as possible so they wake refreshed.

Everything about the hummingbird uses energy, so they need a good and relaxed night’s sleep to recover. They use up a huge amount of energy during the day and have to feed several times an hour so it’s not really possible for them to sleep during the day.

Hummers are busy little birds and use up a lot of energy by:

At dusk they will start to prepare for their night’s sleep, and they have devised a method of sleep which allows them to get the best rest while using the minimum of energy.

Hummingbirds may choose to live in warmer climates, but they can still endure some cold nights. Their small size means they are at risk in the cold, so they have adapted a way of sleeping which also helps them stay alive, though some unfortunate birds do actually perish in cold weather.

They sense when the night is approaching and will start to prepare themselves around half an hour before the daylight goes. This preparation takes time as hummers don’t just sleep. They go in to a state of torpor, which is almost like being in hibernation. In fact, if you saw one, you could be forgiven for thinking it was dead.

A state of torpor

Everything about a hummingbird works at high speed, so when they sleep they slow everything right down. If their metabolism carried on working at such a high speed while they slept, they’d either use up too much energy or have to keep waking during the night to feed.

Torpor slows their metabolism right down so they use up less energy during the night. During this deep sleep:

During the state of torpor their neck is retracted and their feathers are fluffed out. They mostly sleep on branches or on the nest, and it’s been known for them to even hang upside down. If you see a hummingbird at night hanging or appearing to breathe very slowly, leave it where it is. It’ll just be in its state of torpor getting a good rest.

Torpor is also a way for them to survive on colder nights. Even in warm climates the temperature can drop at night, and by reducing their own temperature, hummers have developed a way to survive these temperatures.

When it’s time for them to wake up, it can take them 20 minutes up to an hour and it’s during this time that you may hear them making little noises which some people consider snoring, as they start to take in more oxygen.

When they are fully warmed up and awake, the first thing they do is feed to replenish their energy.

DON’T MISS: Ever wondered if birds yawn? Find out here!

Exceptions to the rule

There are, of course, always exceptions to all the rules with these little birds.

I hope that answers your question, if you’d like to know more, please get in touch!