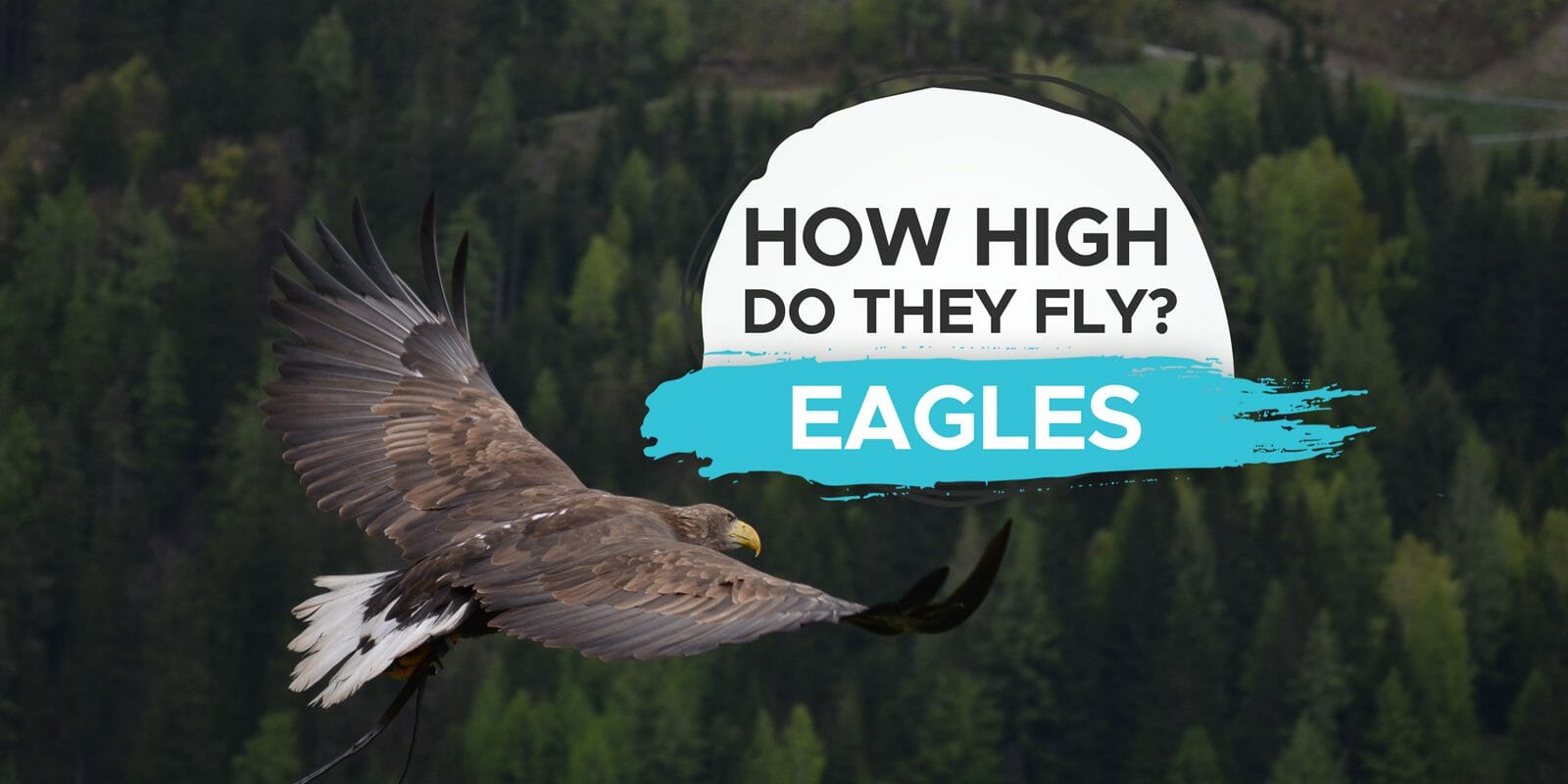 Most of us get a thrill when we see an eagle soaring high in the sky above. These majestic birds are a delight to watch and can be found all around the world. In fact, there are around 59 species of eagles found in different parts of the world. But, have you ever wondered how high an eagle can actually fly?

Eagles use rising air currents to soar high up in the skies. Depending on the species of eagle, they can reach a height of between 10,000 and 20,000 feet above sea level. From this vantage point, their keen eyesight allows them to scout for prey far below. Eagles can also fly at speeds of up to 60 miles per hour. However, their average flying speed is around 35 to 40 miles per hour.

Because eagles soar on wind currents rather than flapping their wings, they can fly for many hours without using up too much energy. When they spot prey on the ground below, they can dive down at a speed of 75 to 100 miles per hour to grab their bounty with their sharp talons.

Let’s look at some interesting facts about an eagle’s flight.

How Can Eagles Fly So High?

Aside from using air or wind currents, eagles have an amazing wingspan. For example, a golden eagle has a wingspan that measures 6.5 feet from tip to tip. This allows the eagle to cover quite a long distance with each flap of its wings.

However, to conserve energy and to allow for extra lift, eagles use two different types of wind currents to allow them to reach such amazing heights.

Thermal updrafts form when the energy from the sun heats the air close to surface and thus, causes it to rise. Eagles use these updrafts by circling inside these columns of rising air to gain as much altitude as possible.

Orographic updrafts are formed when the wind is deflected upward from topographical structures such as mountains, ridges and smaller hills. Eagles use these updrafts to glide along the tops of mountains and ridges to cover a certain distance without excessive flapping of their wings.

This indicates that an eagle’s flying height is determined by the topography below. When an eagle is flying over mountains , it tends to fly at lower altitudes as it uses the orographic updrafts.

However, in regions that have more possibility of producing thermal updrafts, such as open grasslands and valleys, the eagle will fly at higher altitudes as it uses these thermal updrafts to give it the additional lift.

Interesting Fact
Did you know that a mature adult eagle has around 7,200 feathers? 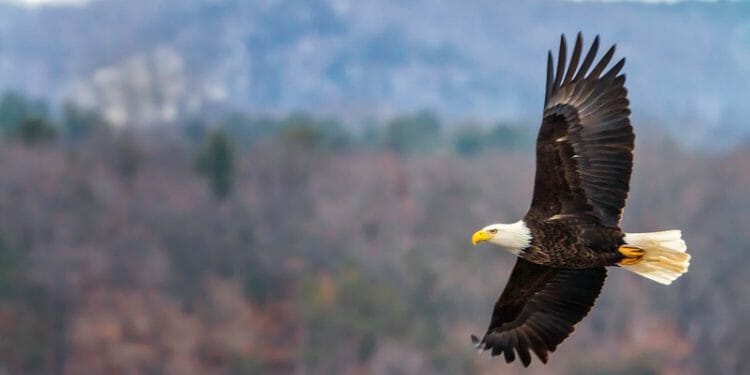 How Is It Possible For Eagles To Fly At High Altitudes?

You might be wondering how eagles can breathe when they fly at these higher altitudes bearing in mind that the air is much thinner at these heights.

At higher altitudes, only one third of oxygen is available compared to the amount available close to the ground where we breathe. This is why mountaineers and hikers experience difficulty breathing as they climb higher and higher.

To combat this loss of oxygen at high altitudes, eagles have specially modified hemoglobin in their blood that adheres to oxygen. They also have a dense network of blood vessels in their wing muscles that helps to transport this oxygen around their bodies. Plus, they have large lungs to take in as much oxygen as they can.

In fact, eagles can hyperventilate at around 7 times their resting rate without passing out. In addition, due to their increased lung size, eagles can extract up to ninety percent of the available oxygen from the air.

Eagles also have specially developed mitochondria in their cell structures. These are located closer to their blood vessels so that it takes less energy to move oxygen around the bloodstream and to their muscles.

Why Do Eagles Fly So High?

Most eagles fly up high because it allows them to spot prey on the ground or in the water below without being detected. Eagles have amazing eyesight and can see for miles.

In fact, an eagle that is flying at an altitude of around 1,000 feet can easily spot possible prey over an area of around three square miles. Eagles can actually see three to four times farther than humans.

Also, the warm air thermals makes flying high much easier for these large birds of prey. Therefore, they fly up high because they can, without using too much extra energy. 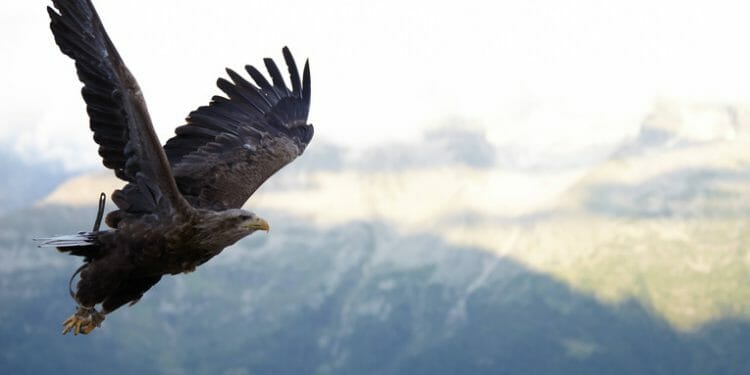 Which bird flies the highest?

The highest flying bird in the world on record is the Ruppell’s griffon vulture. It has been recorded as flying up to 37,000 feet above sea level.

Can eagles fly above storm clouds?

The eagle is the only bird that will fly above the storm clouds to avoid the rain. This means that eagles can fly at an altitude of 10,000 feet above sea level.

What enables an eagle to fly high?

Eagles use rising air currents to allow them to fly at higher altitudes than a lot of other birds.

Eagles can fly as high as 10,000 to 20,000 feet above sea level. These birds of prey have specially developed features that allow them to fly at higher altitudes without suffering from the lower levels of oxygen. Eagles have large lungs and specially modified hemoglobin that helps the oxygen adhere to their blood.

Eagles also use thermal air currents to give them lift without having to flap their wings. This reduces the amount of energy that they have to expel to reach such amazing heights when in flight. Primarily, the reason that eagles fly so high is because they can and because it makes it easier for them to spot possible prey below without being detected.