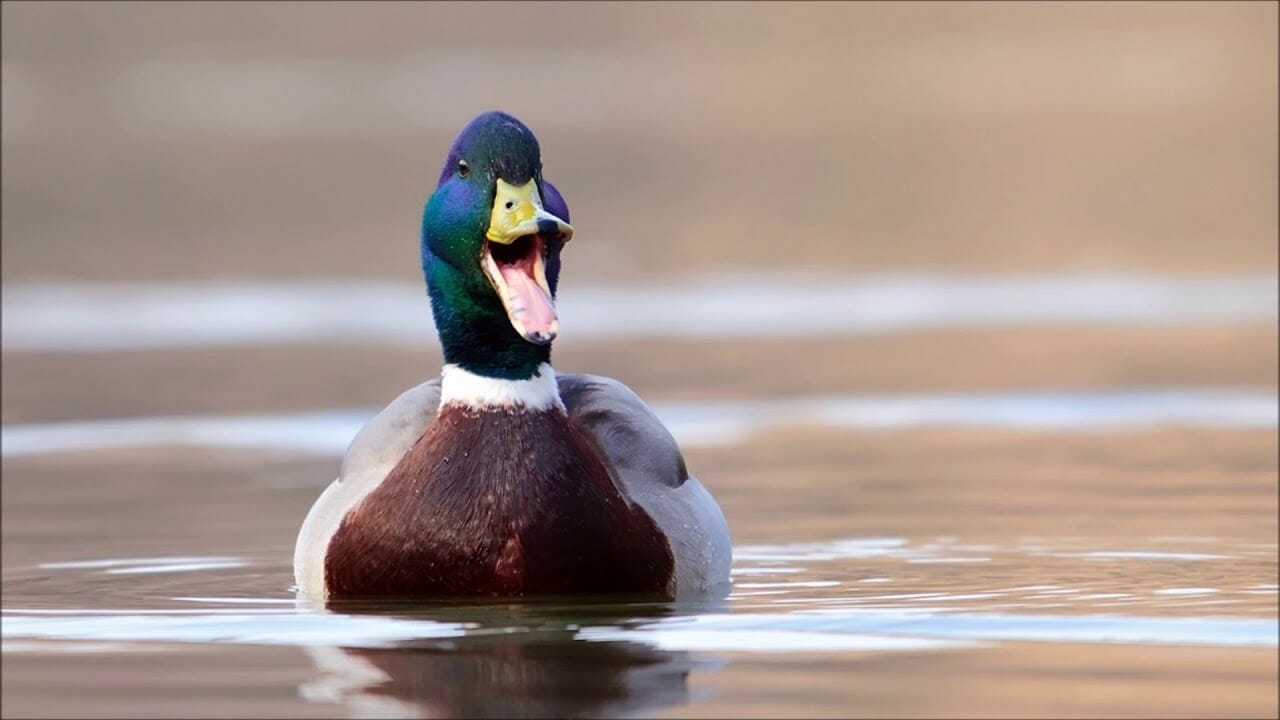 Everyone loves ducks. They can be found on lakes and rivers throughout the country and they love interacting with humans – particularly if we have food. We can all hear them when they quack to let us know they’re there, but do their quacks echo? The answer is yes, of course it does, but we may not hear it.

We’ll explain why and we’ve also got some other incredible facts about ducks which you may not know.

When it was first suggested that duck quacks don’t have an echo, it captured the imagination of many people. So much so, that scientists even set about finding out if it was true. They placed a duck in a reverberation chamber to test the echo, and they proved that the echo is there. So how did this myth start?

2. Where are ducks found?

Ask anyone this question and the answer will be ‘everywhere’. That’s pretty close but not quite. Ducks are found all over the world, except in Antarctica. Some species of duck can be seen on all the other continents, while some smaller species are only found in certain areas.

They also live near both sea water and fresh water, and they can live on land too, which makes them versatile birds.

Many birds are omnivores, and ducks are no exception.  Some species stay in the same place all year round, so they adapt their diet to the food which is available at the time. They eat fish, nuts, seeds, fruit, aquatic plants and have even been known to eat grass.

To help them eat, their bill is designed to help them forage for food. The tip has a hard point to help them dig in to the earth and the sides look very much like a comb. This allows the water to drain out, and leaves insects and crustaceans for the duck to eat.

Some species do and will seek out a warmer climate during the winter. They are capable of withstanding cold temperatures though. Ever wondered how they can sit on iced lakes in winter? Here’s how they do it.

Their circulation includes a ‘counter’ system in their legs and feet. Their feet have veins and arteries which lie next to each other. They then have a system of capillaries which weave among them. If a duck’s feet are cold, the cold blood going up the body meets warmer blood coming down from the body. These capillaries then exchange the heat, so that the feet don’t feel the cold. It also means that cooler blood does not go back in to their bodies to reduce their body temperature.

7. What do you call a group of ducks?

The collective term for a group of ducks is a raft, team or a paddling. 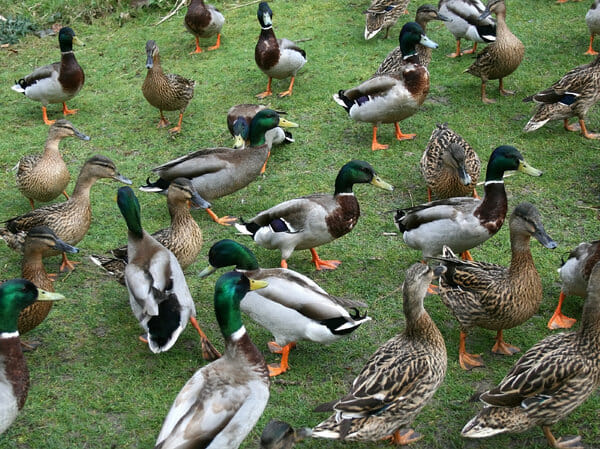 Do all ducks quack?

Surprisingly, no, they don’t. The female is the one you will hear quacking as male ducks are generally silent.

Ducks also communicate through a series of different noises. They can grunt, squeak, whistle and even bark. While mothers may quack when they find a suitable nesting site and lays her eggs, the mating ritual and courtship can be made up of many different sounds.

How long do ducks live?

A lot will depend on the species and where they live, but on average a duck will live from 5 – 10 years. Ducks in the wild may have a shorter lifespan as they face more dangers and also have the risk of being killed by a predator.

After more duck facts? Check out the video below!

Ducks are fascinating, fun and everyone loves to stop and feed them. When it was first suggested that duck quacks don’t echo, it spread quickly all over the World. This just proves how popular these birds are. All birds have their own special features which help them to survive in the wild, and ducks are unique in some of the things they can do. We think that just makes us love them more.