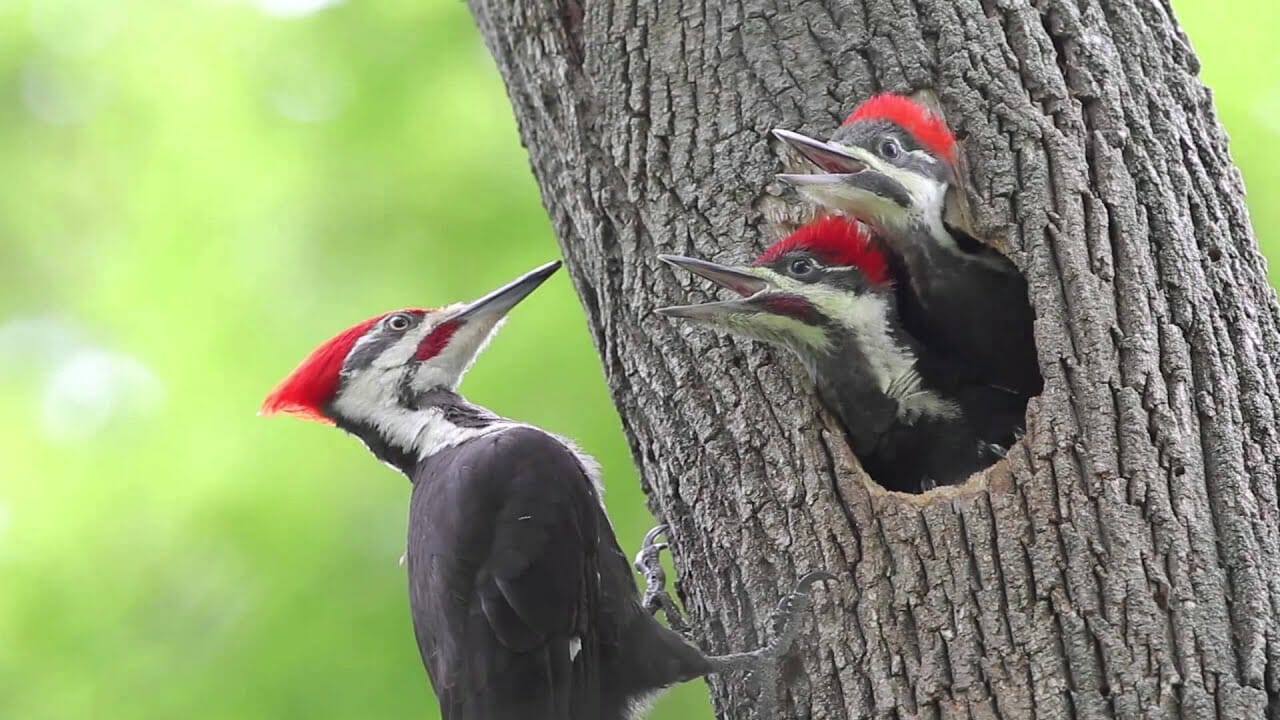 Most woodpecker species are monogamous and will mate for life. Some species, such as the Acorn Woodpecker are polygamous, and the female will mate with several birds during the mating season.

While some birds entertain their mates with impressive courtship displays, the woodpecker prefers to drum to attract a mate.

Woodpeckers usually follow a pattern when drumming for a mate, but the human ear may not be able to recognise it. Males tend to drum more than females and each species has its own drumming pattern.

They don’t care where they drum, and some woodpeckers have realised that some man-made structures make a louder noise than wood. If you see a woodpecker drumming on road signs or trashcans, for example, they are probably looking for a mate. Drumming can also indicate that they have found a good nesting spot.

Courtship can also involve some flight displays and sometimes woodpeckers will make a noise, but to them the sound of courtship is drumming.

It’s during the nesting season that woodpeckers are at their most territorial. Their displays of aggression, however, seem quite passive and all they do is chase one bird away.

If a male bird is taking too much interest in the area they have chosen to nest, they will both face each other. Although the ritual may vary from species to species, the territorial display mainly involves moving their heads from side to side, and spreading out the tail and feathers.

They may poke one another with their bills and one may chase the other up the tree, but there is usually more aggression to chase the intruder away than actual violence.

The nest cavity is made in trees or in deadwood on the ground. Both the male and female birds take turns to create the hole, and this can take up to 28 days for them to have it finished. They sometimes build a second cavity which they can use for roosting.

When it’s finished, the cavity will only be a little larger than the bird and the shape will vary from species to species. They generally prefer older or dead trees, as these tend to have a slightly softer inner cavity and they rarely return to the previous nest to re-use it.

The Red Bellied Woodpecker can return to the same place and will build a new cavity below the previous one. 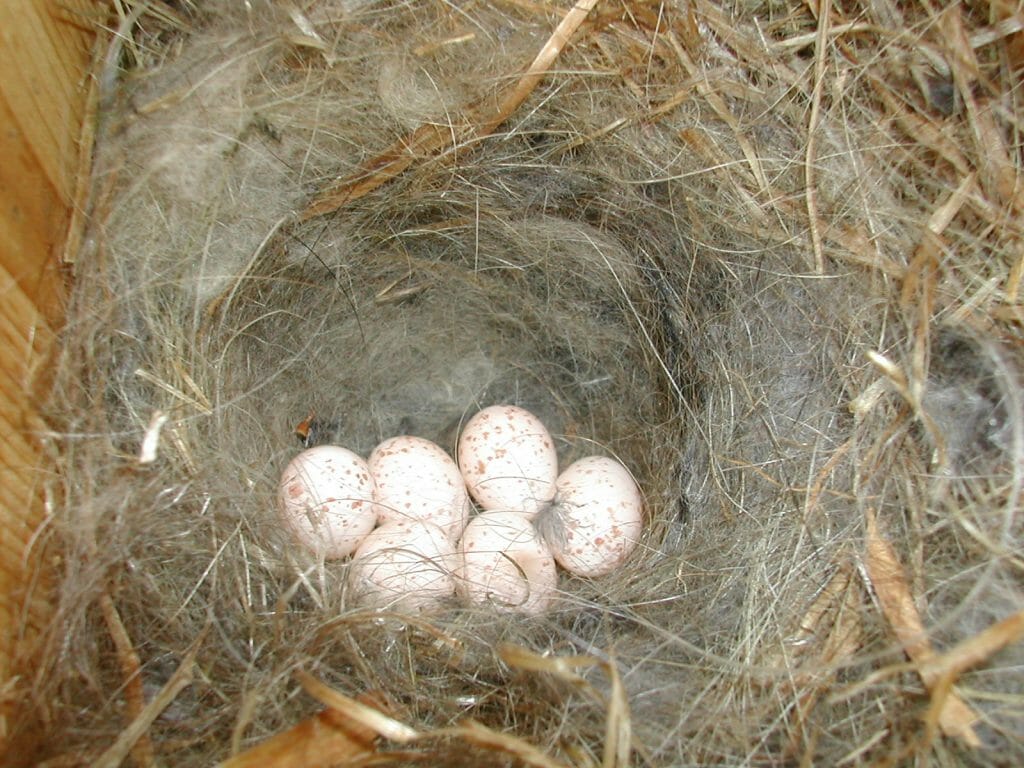 The average size of a brood is 4-6 eggs, though Acorn Woodpeckers can share their nests and help incubate up to 12-15 eggs at a time.

Both male and female woodpeckers take it in turn to incubate the eggs, which usually hatch after 10-14 days. Once they are hatched, the parents both help in raising the young until they chase them out of the territory when they are a few weeks old.

Where some bird species leave a lot of the work to the female, woodpeckers share the responsibility of nesting and raising their brood. They tend to remain in the same area, which may well be why they keep the same mate.