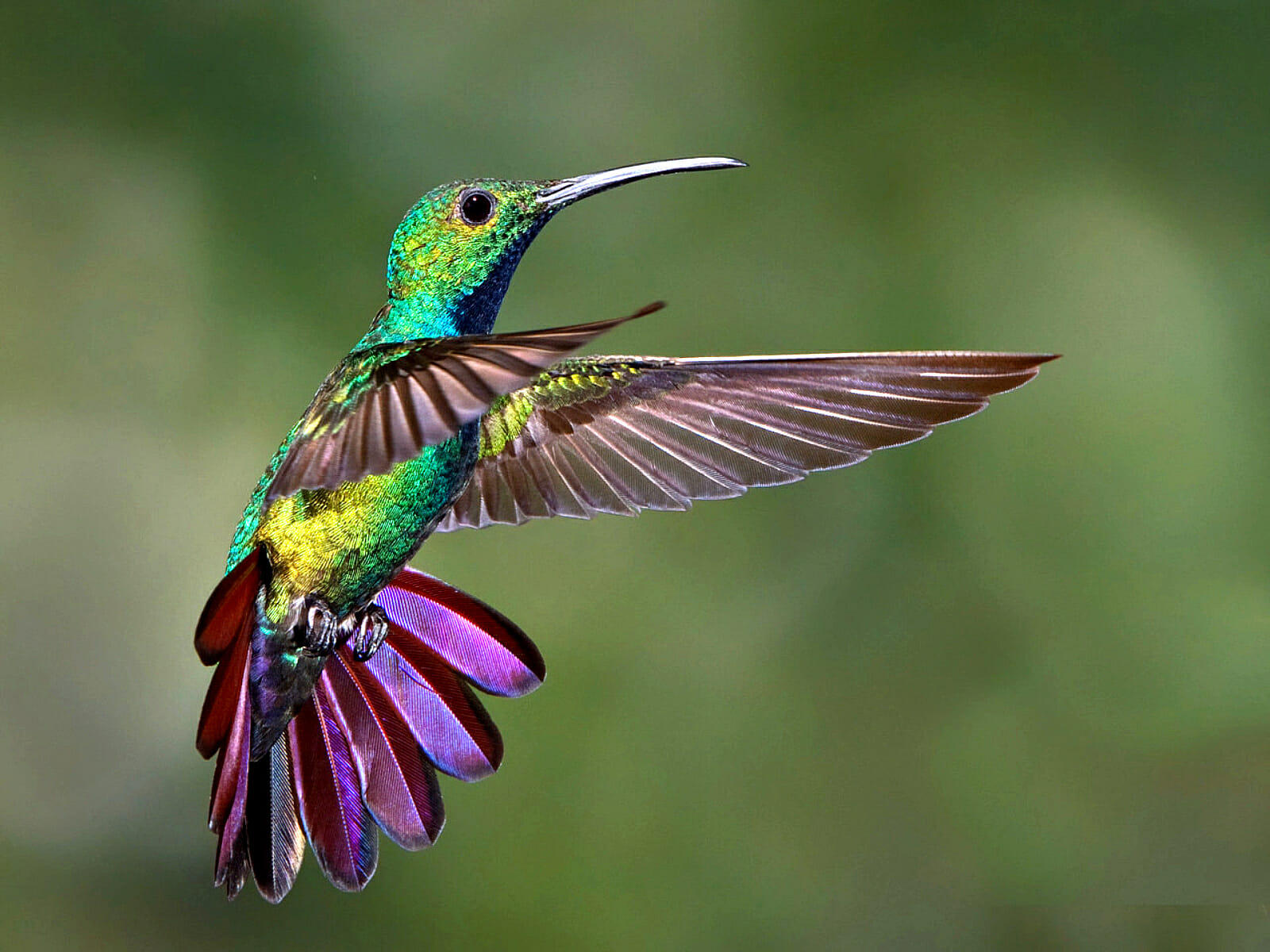 Hummingbirds always seem to be changing color, but do they really? The answer to this has a lot to science and the hummingbirds’ iridescent plumage. It is this which makes it seem as if they are changing color when in fact they are not.

Young hummingbirds do of course change color as they lose their fledgling plumage and take on the wonderful colors of their parents. When they are grown it seems that every movement makes their colors change.

A lot of birds out there have some wonderful colored feathers, and with most birds that’s exactly what is: feathers. Once birds are fully fledged and they have formed their adult plumage feathers, they remain the same color and are usually pretty regular across that particular species.

While hummingbirds also develop adult plumage, it is not the colors of the feathers which determines what colors you see. For their size Hummingbirds have a higher ratio of feathers than other birds do with approximately 900 of them. That many feathers and the colors that you see owe much to their iridescence and the angle at which you are viewing them.

With most birds’ feathers, what you see is what you get. With iridescent feathers it is very different and here comes the clever science stuff.

Light coming from the sun is made up of many waves and is on many wavelengths. These different wavelengths make up the spectrum which controls the colors that we are able to see. How these light waves interact with different objects will determine what color we see. For example some objects reflect light and some will absorb it, so they will both appear to be different colors, even if they are the same.

The structure of a hummingbird makes full use of light waves and wavelengths to apparently change color.

Their iridescent feathers have layers of air bubbles at the surface which means that the light doesn’t just hit the surface and stay there, like it would with normal feathers. When light hits the surface of a hummingbird:

This combination of reflection and refraction means that the light travels in many different directions and the rays can even cross and combine as well. This creates the illusion that color is changing when in fact all that is happening is that the angle of the light is changing.

If you imagine a puddle of water on the ground with a layer of oil you get a very similar effect. As you move around the paddle you will see the shape and color of the oil change and this is the same with a hummingbird. As it moves on the perch or in flight, the angle of the light hitting the air bubbles and the feathers is constantly changing and this creates the impression that the color of the bird is changing too.

Here are a few examples.

As the hummer has so many feathers which are so closely packed together, it’s no surprise they can give you a real good show of different colors. You will find that on a bright day or in good light the colors of a hummingbird appear a lot more vibrant than they do on a dull cloudy day.

The advantage of changing colors

For the most part this apparent color change is nothing more than a very pretty illusion. Hummingbirds will be largely unaware that it is happening and has no effect on other hummers in the area.