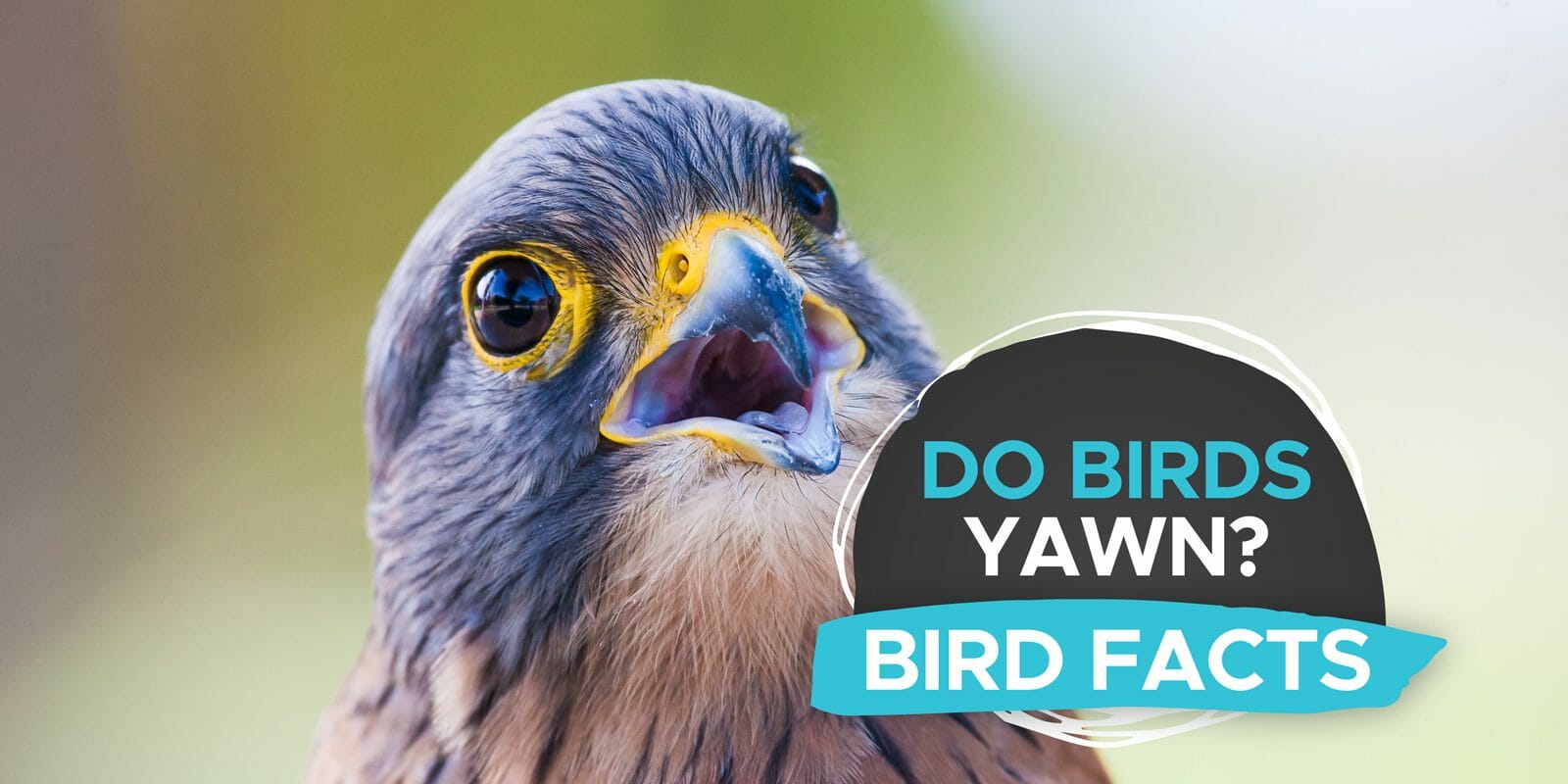 As eager and passionate bird watchers, we have many different questions about the behavior of birds. Some of their behaviors are particularly intriguing because they’re different and others, like yawning, are similar to our own behaviors. So, you may ask, do birds yawn?

Birds do, in fact, yawn, just like we and many other animal species do. Many studies have been conducted into certain behaviors of birds species with yawning being one of them. Because birds can’t tell us why they do what they do, researchers and scientists can only speculate why birds exhibit certain behaviors.

With that in mind, let’s look at some of those speculations as to why birds yawn. But first, we had best understand what yawning is, at least in a human context.

Basically, yawning is a reflex that occurs naturally in many different animal species. It’s designed to quickly increase lung volume or take in additional air while, at the same time, expelling used air as carbon monoxide.

This can often occur when we first wake or as we’re ready to go to sleep. It’s also been confirmed that yawning is contagious and can be triggered by seeing someone else yawn.

But, how does this work for birds?

What Causes A Bird To Yawn?

Remember that yawning is a reflex. In birds, yawning can be triggered by tiredness or because the bird is overheated. It’s believed that birds yawn when they are sleepy because it helps to keep them alert.

Another reason that birds yawn is to cool down. It’s believed that birds use a thermoregulatory mechanism to cool down their brain when they’re feeling too hot. This is referred to as selective brain cooling.

Do All Species Of Birds Yawn?

It’s been confirmed that all species of birds do yawn. Even tiny hummingbirds and large eagles. Interestingly, parrots have a loud and exaggerated yawn. 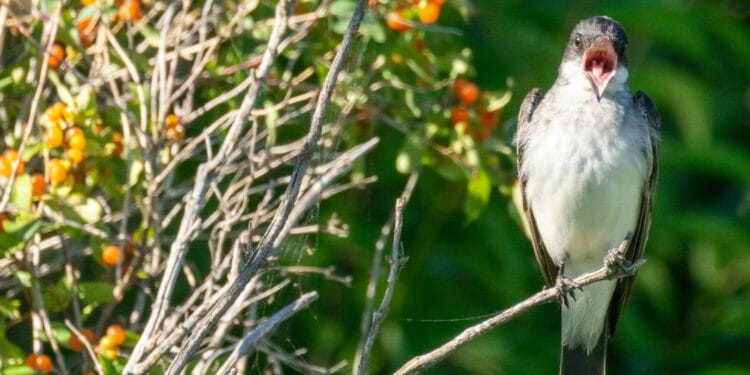 Do We Know How Often Birds Yawn?

Believe or not, there have been studies conducted into just this question. According to research, it’s believed that most birds will yawn around 20 times per day.

Can you imagine taking on this research and watching a variety of birds to count how many times they yawn? Researchers at the State University of New York did just that and published a paper on it.

In one of their experiments, they put a group of captive budgerigars in cages next to each other. They then watched the birds and counted the number of yawns. One of their most interesting finds was that yawning was definitely contagious among these birds. In another experiment, these scientists showed a video of yawning budgies to the birds they were studying. They concluded that when seeing the video, the budgies yawned twice as much as when they were on their own.

According to some studies, it’s believed that birds exhale warm air through their beaks as they yawn and then take in cool air to replace it. This, in turn, helps to cool down the bird’s body temperature.

There’s also a believe that yawning helps birds to stay calm and get rid of stress and even fatigue.

Is Yawning Contagious Among Birds?

Studies have confirmed that yawning is definitely contagious among birds. In fact when one bird in a flock yawns, all the other birds in the flock will also yawn.

Other Theories As To Why Birds Yawn

There are other theories that have been put forward as to the possible reasons for birds yawning. These include: 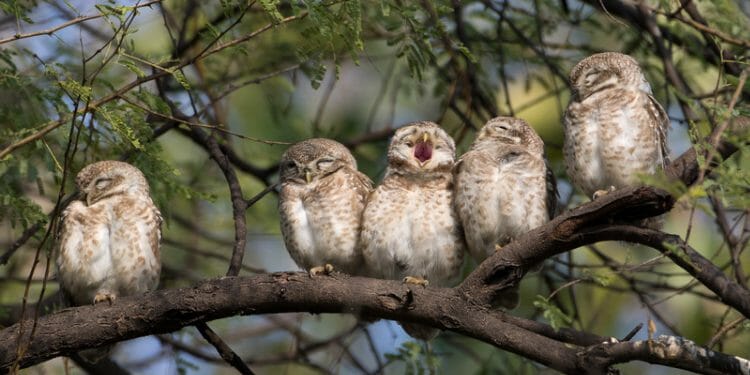 We now know that all birds yawn but are there different reasons among different species?

Let’s examine these from research conducted around bird yawning among different species of birds. 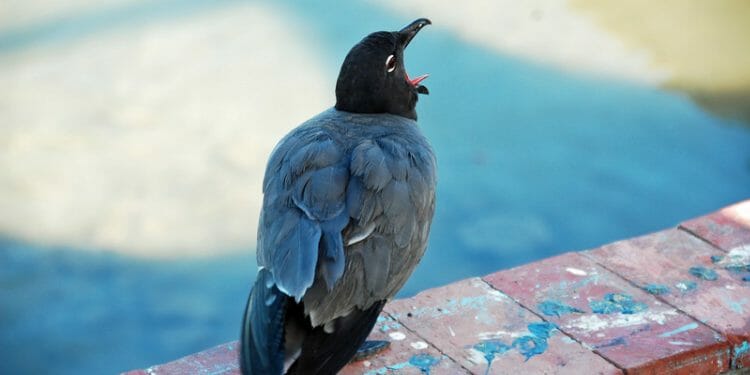 Is it normal for a bird to yawn?

Yawning is a normal reflex for birds. It’s a way for them to be more alert or to cool down their body temperature.

What does it mean when birds open their mouths?

Similarly to yawning, when a bird opens and closes its beak, it’s regulating its body temperature and helping to cool down its brain. This is very similar to when a dog pants as a way to cool down.

Birds do sneeze. An occasional sneeze is quite normal, however, when a bird sneezes repeatedly or often, it could be a sign that the bird is not well.

What does it mean when a bird gags?

Regurgitation is a very common behavior for birds. It can often be seen during courting and means that the bird is interested in a possible mating. On the other hand, if a pet bird regurgitates on its owner, it seems to be a sign of affection.

Why do birds yawn when you rub their ears?

When you scratch or rub your bird’s head, it feels good to them. Therefore, it creates a relaxed feeling in the bird and, consequently, the bird yawns.

Do birds yawn? Yes, birds yawn just like humans and many other animal species. There have been numerous studies conducted into why birds yawn and one of the most common theories is that it helps them to regulate their body temperature or at least, cool down when they’re too hot.

Other theories as to why birds yawn are centered around the need to dislodge something that is struck in their throat or their beak, the need to adjust their crop after preening or as a sign of boredom or tiredness.

It’s also interesting to note that yawning is as contagious among birds as it is among humans and other animals. The reason for this is not totally clear but some believe that it has something to do with a primitive empathetic response.

So, the next time you see a flock of birds landing in your yard and you see one the birds yawning, keep a close eye on the remainder of the flock and you might be surprised to see that one by one they all follow suit.