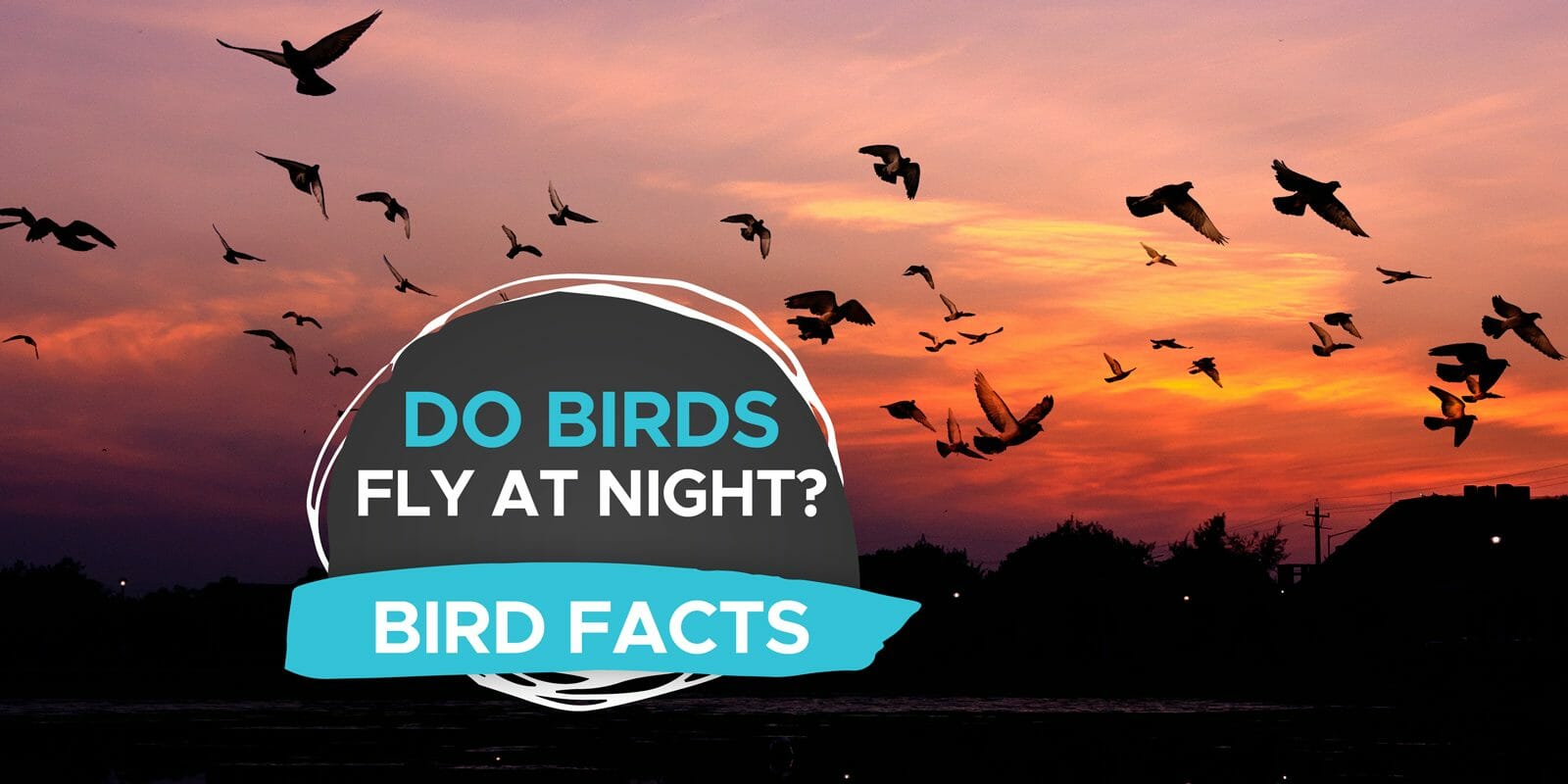 Of course, nocturnal birds do fly at night because that is their active time and the time they hunt for food and feed. However, diurnal birds that feed during the day will rarely fly at night. In some instances though, these birds will fly to a safer roosting spot if they’ve been disturbed or sense the presence of a predator nearby.

There are also certain species of birds that will migrate during the night. These include thrushes and sparrows. This is because they find that it’s safer to fly at night because large birds of prey will be sleeping.

Prime Reasons For Birds To Fly At Night

In general, most birds will rest and sleep during the night. However, there are a few reasons why certain birds will fly at night.

Why Do Certain Birds Forage At Night?

Depending on their favorite food source, some birds find it easier to forage at night time. This is especially true for certain species of seabirds.

The primary reason for this is that zooplankton in the ocean come up to the surface at night. This in turn means that the fish and squid that feed on the plankton will also come to the surface.

This makes it easy for seabirds to find the food that they like to feast on and it’s much easier for them to catch a good feed at night. For these birds, hunting at night is also safer because large predators like raptors are not active.

Large nocturnal birds such as owls are considered predatory by many small songbirds. Because these owls are active during the night, their presence will result in these songbirds quickly vacating their roosting spot to find one that is more protected and safe from the owls.

As one bird starts to fly out of a dense tree or bush, it will alert other smaller birds roosting nearby and they, too, will quickly fly out of the tree to find a safer spot to rest.

And, it’s not just owls that can disturb sleeping birds. Other predators such as coyotes, may also cause a disturbance to roosting birds. 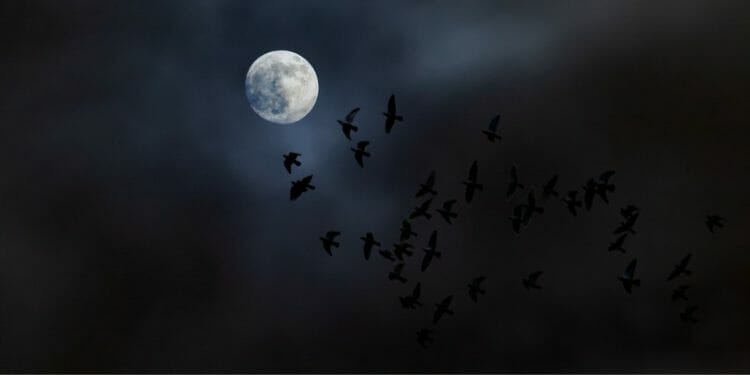 Why Certain Birds Migrate At Night

Smaller birds such as flycatchers, warblers, tanagers, sparrow, orioles, thrushes and buntings would make easy prey for predatory birds such as hawks if they flew during the day. Even larger birds such as ducks and geese will migrate at night.

These birds prefer to fly at night because most predatory birds will be asleep and don’t hunt at night. They’ll also, most commonly, fly in large flocks both as added protection and so that they don’t lose their way.

Many birds also find it much cooler to fly at night, especially when they’re flying at higher altitudes (learn why birds fly in a V formation). It takes these birds a lot of energy to fly very long distances during migration, so they don’t have enough to also regulate their body temperatures during the heat of the day.

What Type Of Birds Are More Likely To Fly At Night?

There are a number of species of birds, both nocturnal and diurnal, that will often fly at night for a variety of reasons. 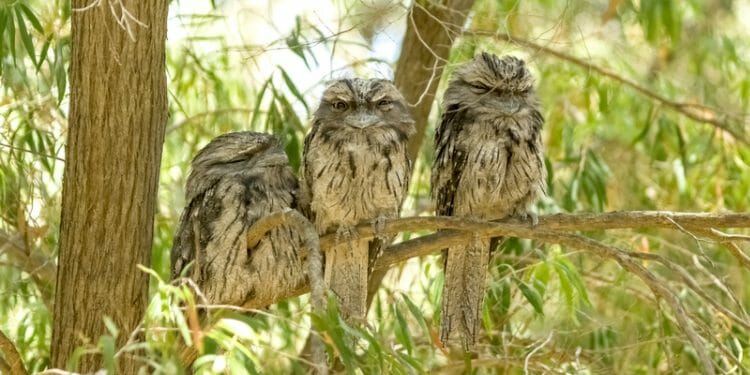 Nocturnal birds include many species of owls, frogmouths, woodpeckers and pauraques as well as nightjars such as whip-poor-wills and common poorwills. These birds are typically active during the night time hours and will sleep during the day.

You’ll also find that some herons will primarily feed at night and roost during the day. Night herons such as the black-crowned night heron can often be seen at the water’s edge during the night as it waits for a feed to come swimming past.

Crepuscular birds are those that are most active at dawn and also at dusk. These species include nighthawks and American woodcocks as well as many other shorebirds that like to forage in mudflats at low tide.

Diurnal birds such as swallows, robins, thrushes and warblers will often awake and start flying around well before sunrise. You might hear them twittering away while it’s still dark.

Seabirds such as albatrosses and petrels will often feed during the night depending on the tides. This is because they’ll wait for the squid that they love to eat, to rise to surface.

Wading birds like killdeers might also be seen flying at night during their non-breeding season. One of their primary dietary sources are insects and these birds find that many insects are active at night. This means that these birds find it easier to hunt for their favorite food while being safe from predators such as large raptors.

Surprisingly, many ducks and geese will also be active during the night, especially in early spring and will fly from one pond to another.

Can Birds See In The Dark?

Most birds can see in the dark much better than we humans can. This is because they’re able to see more types of colors than we can. Their eyes also have reflective cells that can amplify the light as it enters the eye. These cells are called tapetum lucidum. 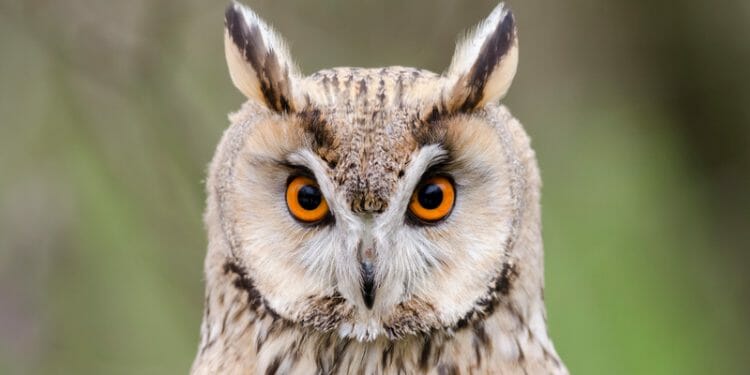 Where do birds go at night?

Many diurnal birds will find a safe, sheltered spot to rest for the night. This is normally within the dense foliage of a tree or a large shrub where they can get some sleep and not be disturbed.

What time do birds go to sleep?

As soon as the sun starts to set, diurnal birds will start to find a nice, secure spot where they can spend the night and where they’ll be safe from predators. On the other hand, nocturnal birds will head for a roosting spot at dawn.

What time do birds wake up?

Do birds roost in the same place every night?

Generally, most birds won’t sleep in the same spot every night. They will choose a suitable sleeping spot that is close by to where they’ve spent the day and that is safe and secure from predators.

How many hours do birds sleep?

It might surprise you to learn that birds need around 12 hours of undisturbed sleep at night to remain completely healthy.

There are around 30% of all birds that are nocturnal and these will be the most common ones to fly at night. These include owls, woodpeckers, frogmouths and nightjars. Primarily these birds are only active during the night and will sleep during the day.

Most diurnal birds that feed during the day, will not fly around at night unless there’s a good reason. This may be that they’ve been disturbed by a predator or there are too many streetlights nearby that won’t allow them to get a good night’s rest.

However, there are some diurnal birds that will also prefer to forage for food at night because it’s easier for them to find a good feed and they’re protected from possible predators at the same time.

Additionally, there are crepuscular birds that prefer to hunt at dusk and dawn. You might see these flying to a safe nesting spot at night once they’ve had their meal.