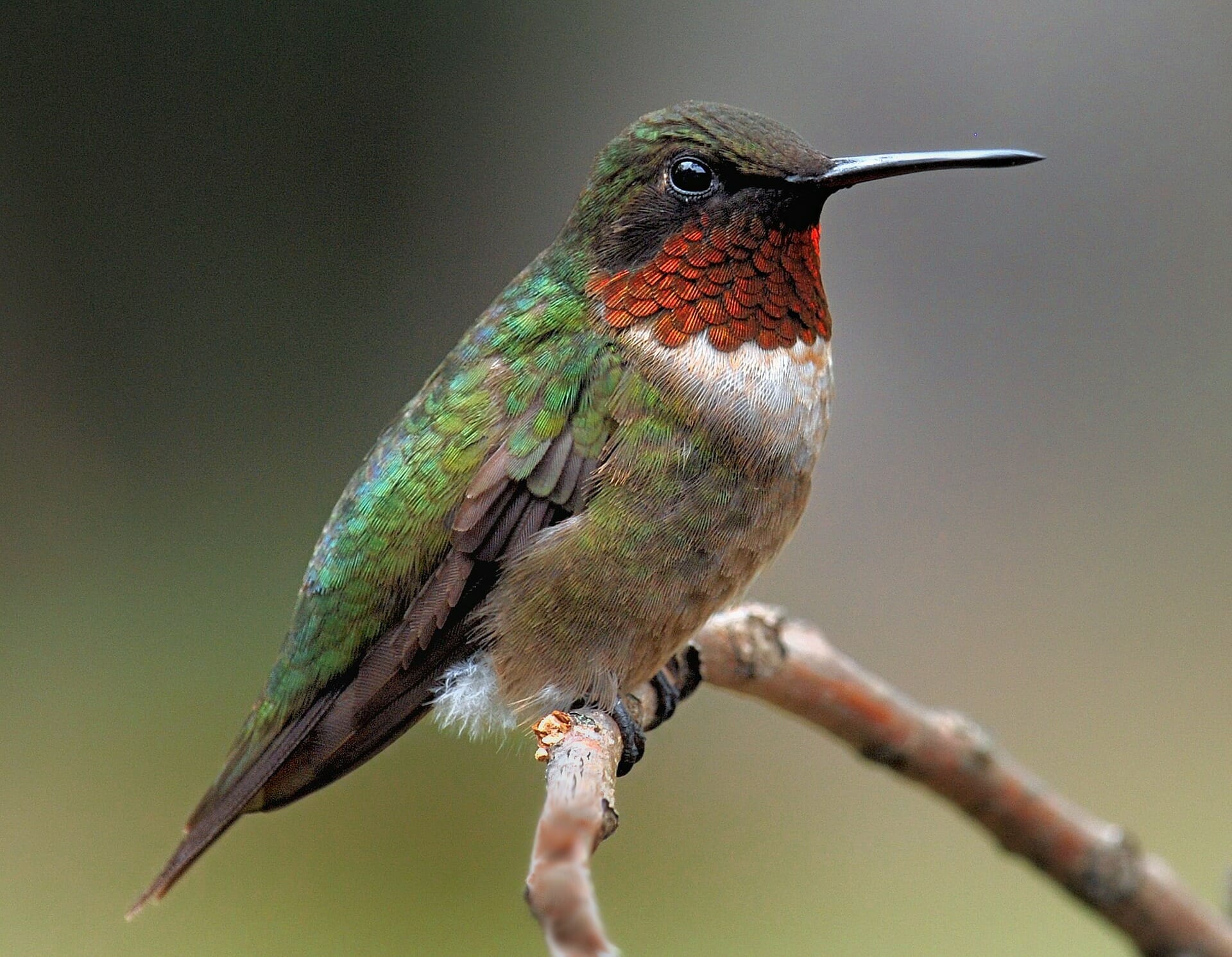 Hummingbirds are often heard by their hum and recognized by their colourful feathers. Hummingbirds almost never stop moving, and they spend nearly all of their time up in the air.

Hummingbirds are the only bird species that can hover, and fly backwards and upside down. The ability to hover enables the hummingbirds to sip the nectar of plants and flowers. A hummingbird, however, can not walk or hop. Instead, it shuffles with its extremely short and weak legs.

Hummingbirds have very strong chest muscles, this enables them to roll their shoulder joints back. They can use their wing tips to project a flat figure of eight movement, this allows them to hover. They accomplish 200 beats per seconds in this action. By altering the wing angle they can move forward, sideways or backwards.

Can Hummingbirds Walk On The Ground?

Hummingbirds may have feet but they are not used for walking. They solely use their feet for scratching and perching. At best, they can slowly shuffle. If you see a hummingbird on the ground, it is likely because they are in trouble.

Hummingbirds have four toes. Their feet consist of three toes in the front and one toe (called the hallux) on the back of the foot. The hallux works in the same way a human’s thumb does and allows the hummingbird to hang on to a branch or wire. Because hummingbirds fly, they have evolved to have smaller, lighter feet that are more efficient at flying. They will also use their feet for itching and preening.

Do Hummingbirds Die When They Stop Flying?

There is a common myth that hummingbirds die when they stop flying. Thankfully, this is not true. If this were a fact, hummingbirds would never be able to sleep or sit on a nest.

Although they cannot walk on the ground, when they are not flying they generally perch on branches. They digest their food and sleep at night, perched on a branch. The typical lifespan of a wild hummingbird is between three and five years. The oldest that’s be recorded was 14 and lived in capacity.

When hummingbirds sleep, they go into a hibernation-like state called Torpor. This state lowers their metabolism, body temperature and heart rate. This is so hummingbirds can save up to 60% of their available energy. When hummingbirds are in this torpor state, they can upside down from their perching place and appear to be dead. It’s more than likely that it’s asleep, ready to wake up when the weather becomes warmer.

Do Hummingbirds Ever Land on The Ground?

They do occasionally land on the ground, but aren’t capable of doing much more than hop with the assistance of their wings. Because of where their legs are situated on the body, they don’t have the best center of gravity. If you find a hummingbird sitting on the ground, don’t do anything unless you must. If you are concerned they are in distress, follow these steps:

How Can Hummingbirds Hover in One Place?

When a hummingbird flaps its wings, it creates a force known as lift and thrust. This action moves the little bird up and forward. They can also rotate their wings backwards, which creates the downward lift and backward thrust action.

By switching between flapping their wings backwards and forwards, the up and down forces and the forward and back movement cancel each other out. This is how a hummingbird hovers in one place.

The majority of North American hummingbirds fly to Mexico or Central America for the winter. The birds will then migrate north to breed in the spring. Their migration appears to be influenced by the position of the sun in the sky and the length of the days. Individual hummingbirds will often leave and/or arrive on their breeding grounds on the exact same day each year.

Rufous hummingbirds have the longest migration of all species, and can travel more than 6000 km between Mexico and Alaska. The Ruby-throated hummingbird, weighs little more than a cent, but it can make the 500-mile journey across the Gulf of Mexico in less than one day.

Contrary to popular belief, hummingbirds don’t migrate on the backs of other birds, although they do sometimes travel over water in mixed flocks.

Hummingbirds intelligently use tailwinds to help reach their destination faster. They are experts at flying while consuming less energy and body fat. When they travel as much as 23 miles in one day, it’s no surprise that they have evolved to not be strong walkers.