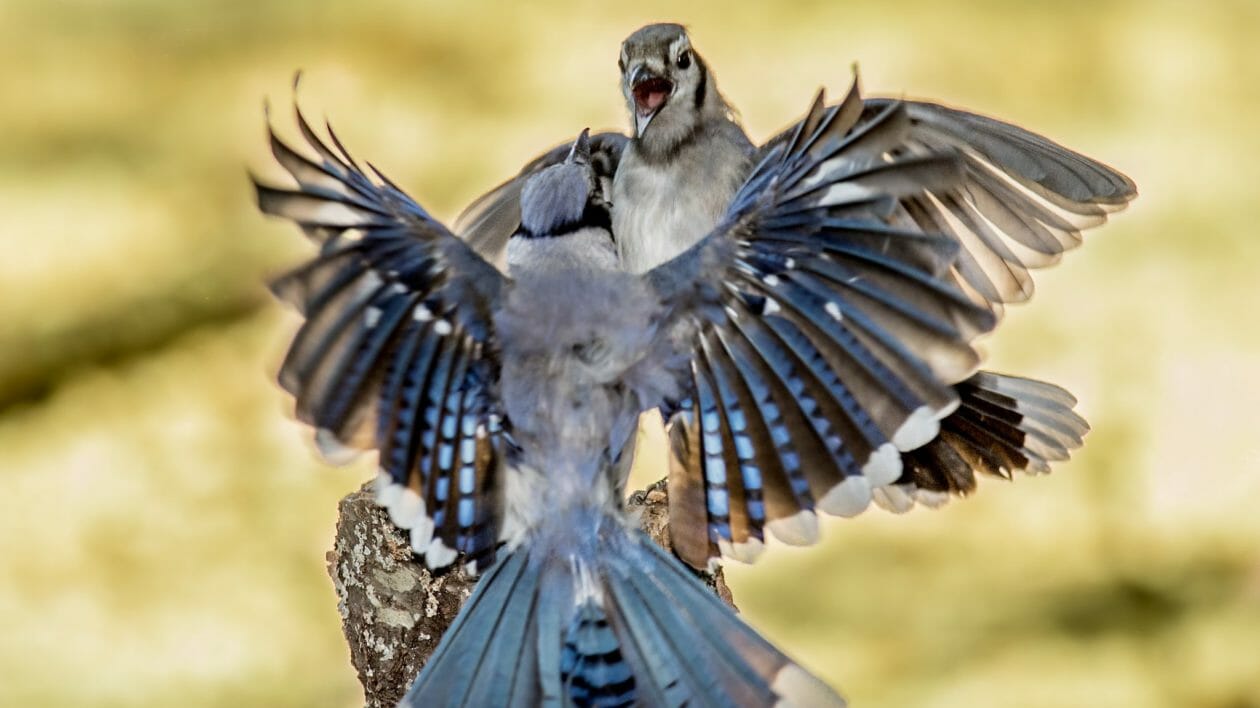 Blue jays have a reputation for being aggressive but this just a manifestation of their territorial behavior. Blue jays are not inherently mean but they are fierce protectors of their nests and food sources.

Blue jays are one of those bird species that we have unfair preconceptions about. We heard vague stories about them attacking humans, other birds or squirrels and immediately associate them with danger.

Where do these stories come from and is there any truth to them? Let me set the record straight.

Why Are Blue Jays So Mean?

As is true for most of the animal kingdom, blue jays do not attack without reason. It is up to us to be aware of their natural instincts.

People may think blue jays are mean because they are painted as flying bullies. There are reports of blue jays chasing away smaller species from bird feeders and bird baths.

They do not back down from a fight and might even form a mob to attack smaller animals like squirrels. They are fierce defenders, to say the least.

But this behavior is purely territorial. They may be stout birds but they are not the biggest of the bunch. That is why they need to form a mob to be able to defend themselves.

In fact, there are plenty of larger birds, like raptors and owls, that blue jays like to keep a safe distance from. They also seem to be scared of snakes.

Reasons Why Blue Jays Chase Away Other Animals

To make my point, let me list simply and clearly why a blue jay and their family might attack other birds, animals and in some cases even humans.

Yes, blue jays are territorial but they have to be to protect themselves. 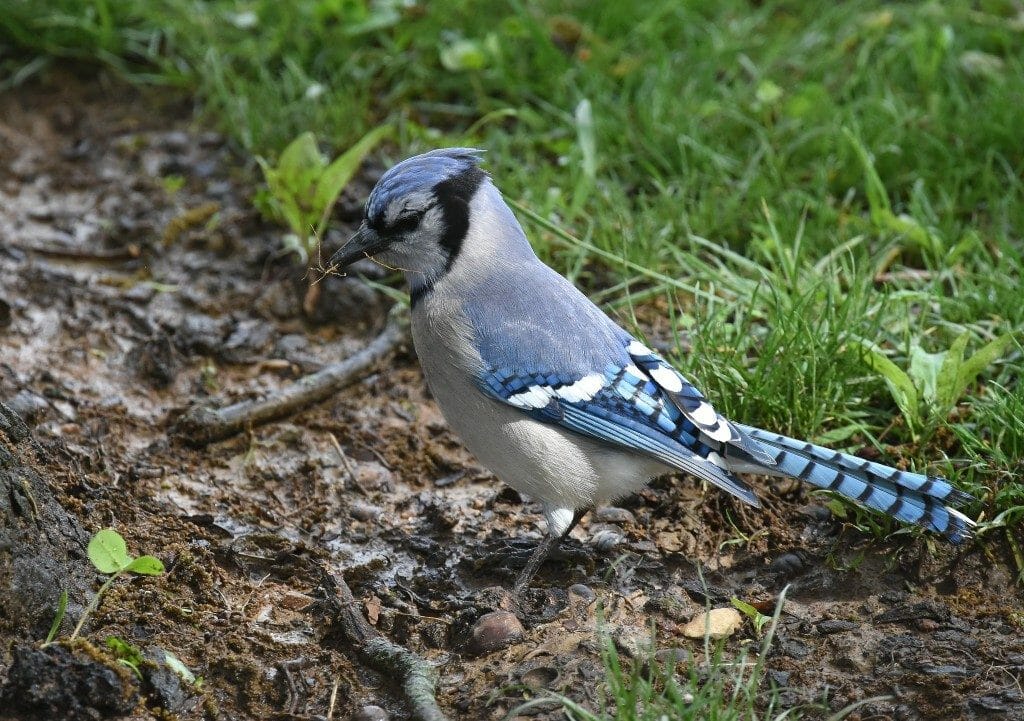 How Do Blue Jays Interact with Humans?

There are both positive and negative stories about how blue jays interact with humans. If there is any interaction at all, that is. Like most birds that live in the woods, these blue creatures prefer to stay out of our way

Are Blue Jays Scared of Humans?

Although we can often see blue jays in suburban gardens and parks, they are not the biggest fan of humans. Even if you place a blue jay bird feeder in the yard, they will probably seek out a quiet time to feed.

On the other hand, feeding can be a family affair. In that case, some of the more protective blue jays may attempt to chase you away so that their family can eat in peace. You have to appreciate the strong bond they feel.

How Do You Stop Blue Jays from Attacking You?

This is quite simple; give them their space. A blue jay attacking you because you come close to the bird feeder is unlikely. We are simply to large a creature for them, even when they form a mob.

Fun side note, some blue jays may try to recreate the sound of humans in their call. This only happens when they have been around humans a lot but it can happen.

Scientists are still unsure about the reason behind this mimicking behavior. One theory is that it is actually a warning call to other blue jays that there is a possible danger around – this is also why blue jays have been known to mimic hawks also!

How Do You Get Rid of an Aggressive Blue Jay?

Now that you know that blue jays are not completely fearless, you can think of ways to keep them away. Personally, I quite enjoy watching blue jays but I can also understand that you would enjoy seeing other birds at your bird feeder, too.

Here are a few quick tips to avoid blue jays bullying away other birds in your backyard. 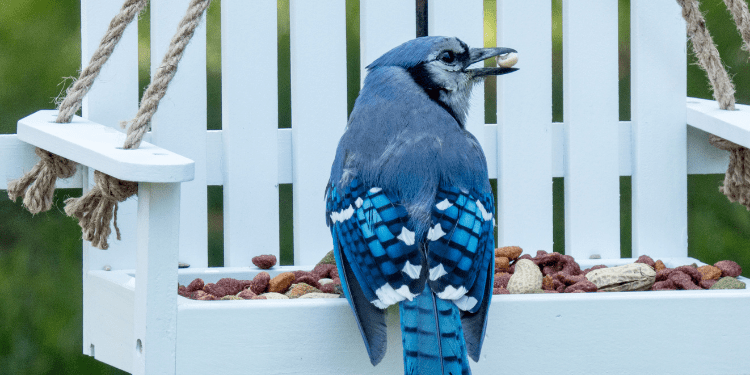 Many homeowners think of blue jays as bullies because they are very forceful in keeping away smaller birds from backyard bird feeders. However, there are many larger bullies flying around that do the same to blue jays.

Why Do Blue Jays Attack Squirrels?

Squirrels sometimes steal bird eggs or even the baby birds themselves. To protect their nest from these carnivores, blue jays may launch a vicious attack.

Do Blue Jays Scare Away Cardinals?

Cardinals, being the smaller and gentler bird, are no competition for blue jays. When it comes to protecting a bird feeder, the blue birds will chase away the red birds.

Blue jays are known to be ferocious defenders of bird feeders and their nest. They may attack both smaller and larger creatures that get too close for their liking.

This territorial behavior is partially linked to their protective nature but also their intellect. They want to keep their family safe and are simply a little more clever in getting their way compared to other birds.

If their behavior does bother you, you can try a few tricks to keep them away from your backyard.